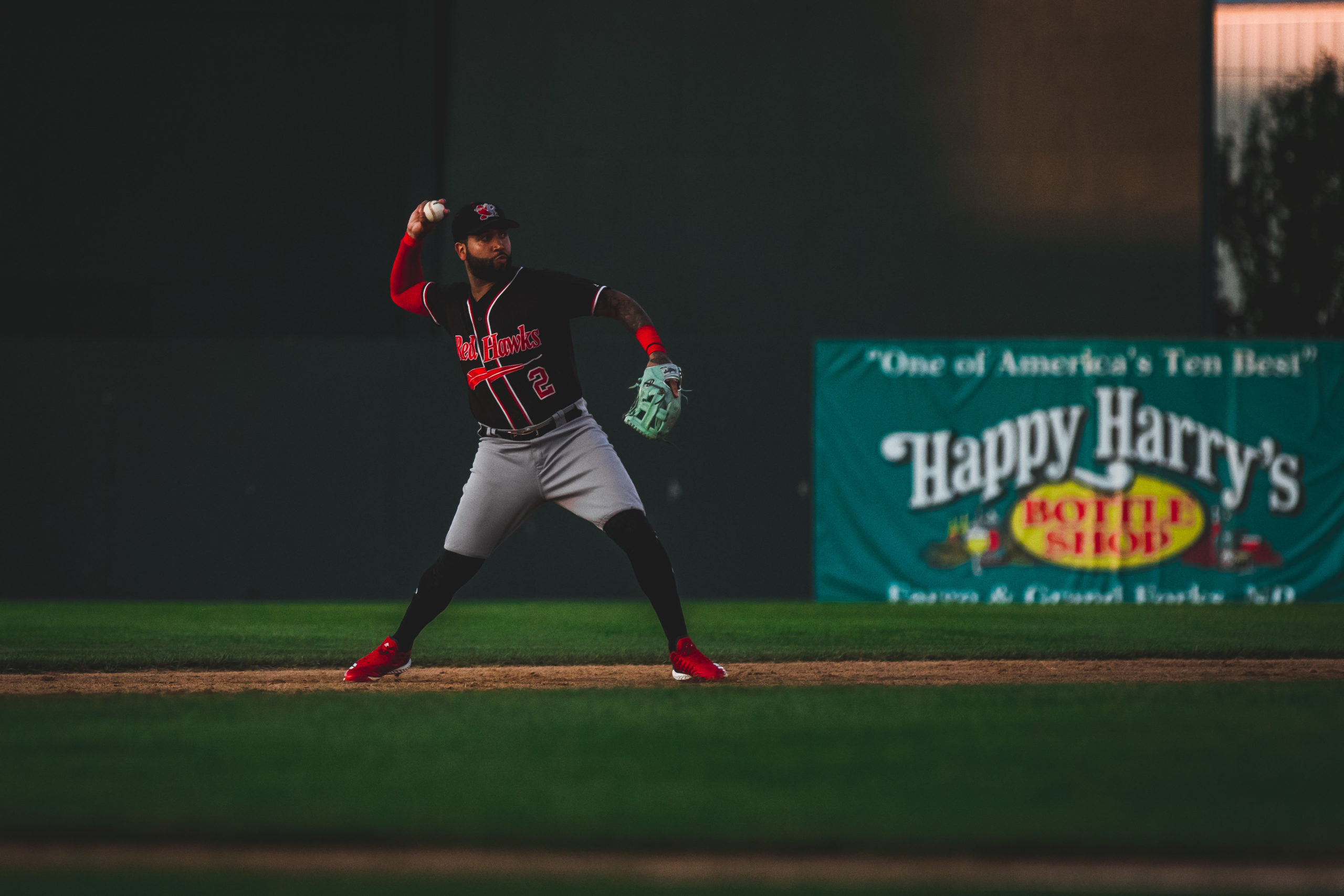 The Fargo-Moorhead RedHawks (4-6) held off a late surge from the Milwaukee Milkmen to claim an 8-7 Tuesday night at Newman Outdoor Field.

C Dylan Kelly (2-for-3) started the scoring with a solo home run in the third inning. In the next inning, DH Dario Pizzano (2-for-4) doubled home three runs and then scored when Kelly doubled later in the inning. 1B Drew Ward added three more runs with a three-run home run in the bottom of the sixth.

The Milkmen mounted their charge in the seventh inning as SS Mason Davis singled home three runs and they kept pushing in the eighth. RF Zach Nehrir singled home a run, LF Adam Walker scored when C Christian Correa reached on an error, CF Brett Vertigan (2-for-3) plated Nehrir with a sac fly and Correa scored as 2B Dylan Tice bounced out.

But the RedHawks stopped the rally one run short and reliever Mitchell Osnowitz picked up a four-out save highlighted by a 6-4-3 double play to end the game.

The Sioux Falls Canaries (7-3) put together a late surge to move past the Chicago Dogs 6-4 at Impact Field.

Though DH Jabari Henry (2-for-5) gave the Canaries the early lead with a solo homer in the top of the first, the Dogs slid in front in the bottom of the inning. DH Joey Terdoslavich singled home SS Blake Allemand and 2B Edwin Arroyo scored on a sac fly to take the lead. The Dogs added to the lead as 3B Tyler Ladendorf (3-for-3) scored on a wild pitch in the fourth and 1B K.C. Hobson scored on an error in the sixth.

But the Canaries turned on the jets in the seventh scoring three runs — a sac fly from CF K.C. Huth and RBI singled from SS Andrew Ely (3-for-5) and Henry — to tie the score. LF Logan Landon (3-for-4) gave the Canaries the lead in the next frame with a double to center that scored 3B Damek Tomscha and Ely added an insurance run in the ninth with a solo blast, his second of 2020.

The St. Paul Saints (5-5) turned in a 20-hit performance that featured a 10-run inning on the way to toppingthe Winnipeg Goldeyes 16-9.

Eight different Saints recorded multi-hit games and SS Nate Samson — the only Saint with a hit — pitched in with an RBI. CF Mikey Reynolds, 3B Chesny Young, DH Chris Chinea and LF J.C. Millan all had three hits in the game. The 10-run fourth inning saw a two-run triple from Max Murphy, a solo shot from Millan and back-to-back RBI doubles from Young and Chinea.

For the Goldeyes, CF Darnell Sweeney went 3-for-5 with two RBIs and hit his second home run of the season and DH Logan Hill added a 2-for-4 performance. 3B Eric Wood hit a two-run home run in the third for Winnipeg as well.