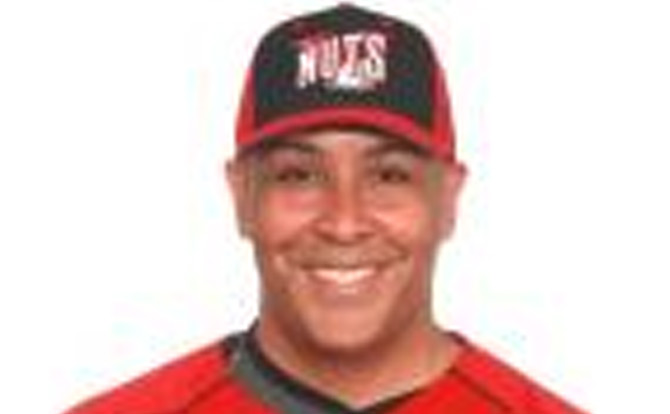 Thanks to a tremendous performance by reigning Pitcher of the Week Alain Quijano, one run was all the RailCats needed to defeat Sioux City. Quijano pitched eight innings of scoreless baseball, allowing just five hits. The left-hander’s efforts helped Gary SouthShore beat the Explorers, 1-0, with the solitary run coming in the second inning on a Zac Mitchell RBI single. Quijano earned his third win of the season to remain undefeated and has surrendered just one run in his last 19 innings pitched.

Amarillo was two outs from completing a come-from-behind victory when Wichita mounted a rally and walked off with a 7-6 win. The Wingnuts had held as much as a four-run lead, shortly after a rain delay interrupted play in the fourth inning. But, that advantage slipped away and Wichita entered the bottom of the ninth trailing 6-5. The Wingnuts loaded the bases, however, and got a game-tying single by 2B Jake Kahaulelio. One batter later, DH John Rodriguez (pictured) hit a sacrifice fly, scoring CF Jared McDonald and winning the game for Wichita.

Rodriguez and McDonald were not just key contributors in the ninth. They also provided the WIngnuts with the bulk of their offense. Rodriguez hit a home run earlier in the game and finished 2-for-4 with two RBI. In addition to scoring the game-winning run, McDonald was a perfect 4-for-4. He also hit a triple and drove in three runs.

The game between St. Paul and Trois-Rivieres has been postponed due to rain. It will be made up as part of a doubleheader tomorrow, May 30, beginning at 5:05 p.m.

The game between Sioux Falls and Fargo-Moorhead has been postponed due to rain. It will be made up as part of a doubleheader tomorrow, May 30, beginning at 5 p.m.

The game between El Paso and Lincoln has been postponed due to rain. It will be made up as part of a doubleheader tomorrow, May 30, beginning at 5 p.m.