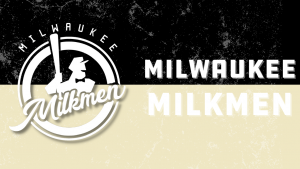 Adam Brett Walker II blasted three home runs, including a walk-off three-run homer, his second such swing in as many innings, and the Milkmen (21-13) overcame a seven-run deficit to beat the Monarchs (19-13) 11-9 on Thursday night.  Casey Gillaspie collected a home run and six runs batted in through 3.5 innings for Kansas City, who led 8-1 at that point.  Tony Rosselli hit a two-run homer in the fifth for Milwaukee to cut the lead to 8-3 before Walker hit his first, a solo shot in the sixth.  In a 9-4 game in the eighth, Walker launched a three-run homer to cut the lead to 9-7.  In the ninth inning, Walker launched a 1-1 pitch over the wall to complete the remarkable comeback.

Dakota Conners scored on a groundout in the seventh as the Goldeyes (13-18) edged the Railroaders (16-17) 7-6 on Thursday night at The Ballpark at Jackson.  Max Murphy had a tw-run double in the fourth to cap a four-run inning for Winnipeg, but Ramon Hernandez hit a game-tying two run homer in the sixth for Cleburne.  Noah Vaughan also homered for the Railroaders.

After giving up an early lead, the Cougars (15-20) rebounded to score the final three runs to beat the Dogs (21-14) by a 7-4 count on Thursday night at Impact Field.  Gavin LaValley opened the scoring in the first with a two-run homer for Kane County before Kacy Clemens made it 3-0 with a single in the third and Josh Allen hit a solo shot in the fifth.  But Chicago responded with a run in the fifth and three in the seventh to tie the game.  The game winning run scored in the eighth on a single by Allen before a two-run ninth supplied the insurance runs for the Cougars.

Ten runs between the fifth and sixth innings broke open a tie game as the Canaries (17-16) slugged past the Apollos (5-28) 12-7 on Thursday night at Sioux Falls Stadium.  After a Zane Gurwitz homer was equaled by a Brian Dansereau single in the top of the fifth, Gurwitz, who finished with twelve total bases and four extra-base hits, launched a grand slam in the bottom half to cap a six-run inning.  Jabari Henry added to the lead with a two-run homer in a four-run sixth inning.  Daniel Aldrich and Dansereau each homered late for Houston.