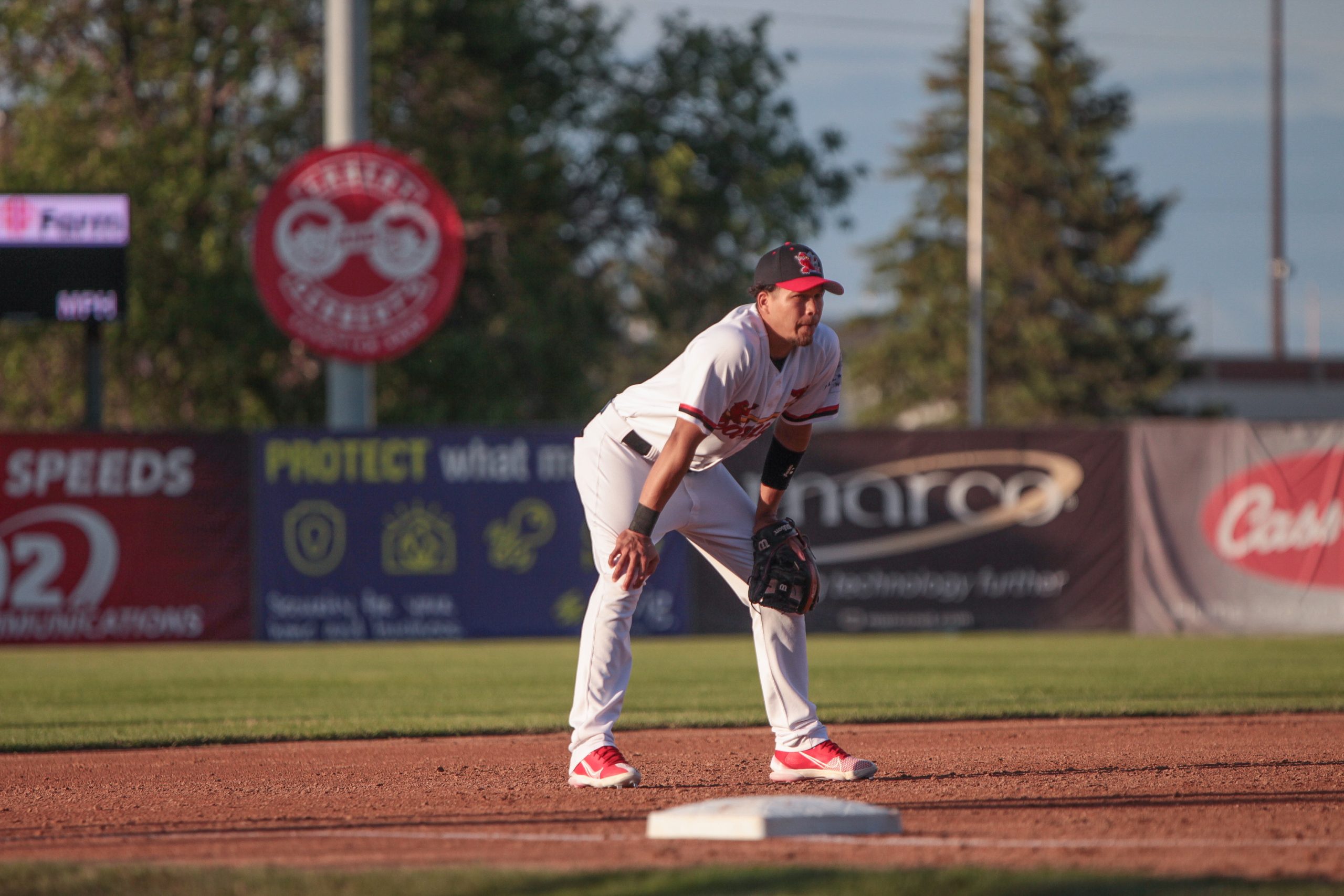 MOORHEAD, Minn. — Fargo-Moorhead RedHawks third baseman Leobaldo Piña and Lincoln Saltdogs starter Zach Keenan were named the American Association’s Pointstreak Batter and Pitcher of the Week for the week ending June 19, the league announced Monday.
Piña is on a hot streak for Fargo-Moorhead, hitting .519 over his last six games with three home runs and seven RBIs. He shined on June 15 vs. Cleburne, going 5-for-5 with a home run and three RBIs in the RedHawks’ 10-4 victory. He owns a .368 batting average and .941 OPS on the season.
Piña is one of the longest-tenured players in the Association, having played with the RedHawks since 2018. The native of Venezuela has hit .300 or better in all but one season with Fargo-Moorhead. In 2021, the former Cardinals prospect hit a career-high 15 home runs and drove in 65 while hitting .311, He owns 461 career hits and a .315 batting average in a RedHawks uniform.
Keenan made his pro debut with the Saltdogs this week, and put together a pair of strong starts. In his first pro start on June 14 against Lake Country, the righty out of Middle Tennessee State threw six innings, allowing three runs and striking out five. On Sunday, June 19, Keenan tossed seven scoreless innings and struck out three in a 7-0 win at Winnipeg.
Keenan joined the Saltdogs straight out of MTSU, where he finished his career in 2022 in sixth place on the school’s all-time strikeout list. The Georgia native posted a 5.61 ERA over 15 games (13 starts) in 2022, following up a 3.86 ERA his junior season.
Pointstreak is the official statistician of the American Association.
0Shares