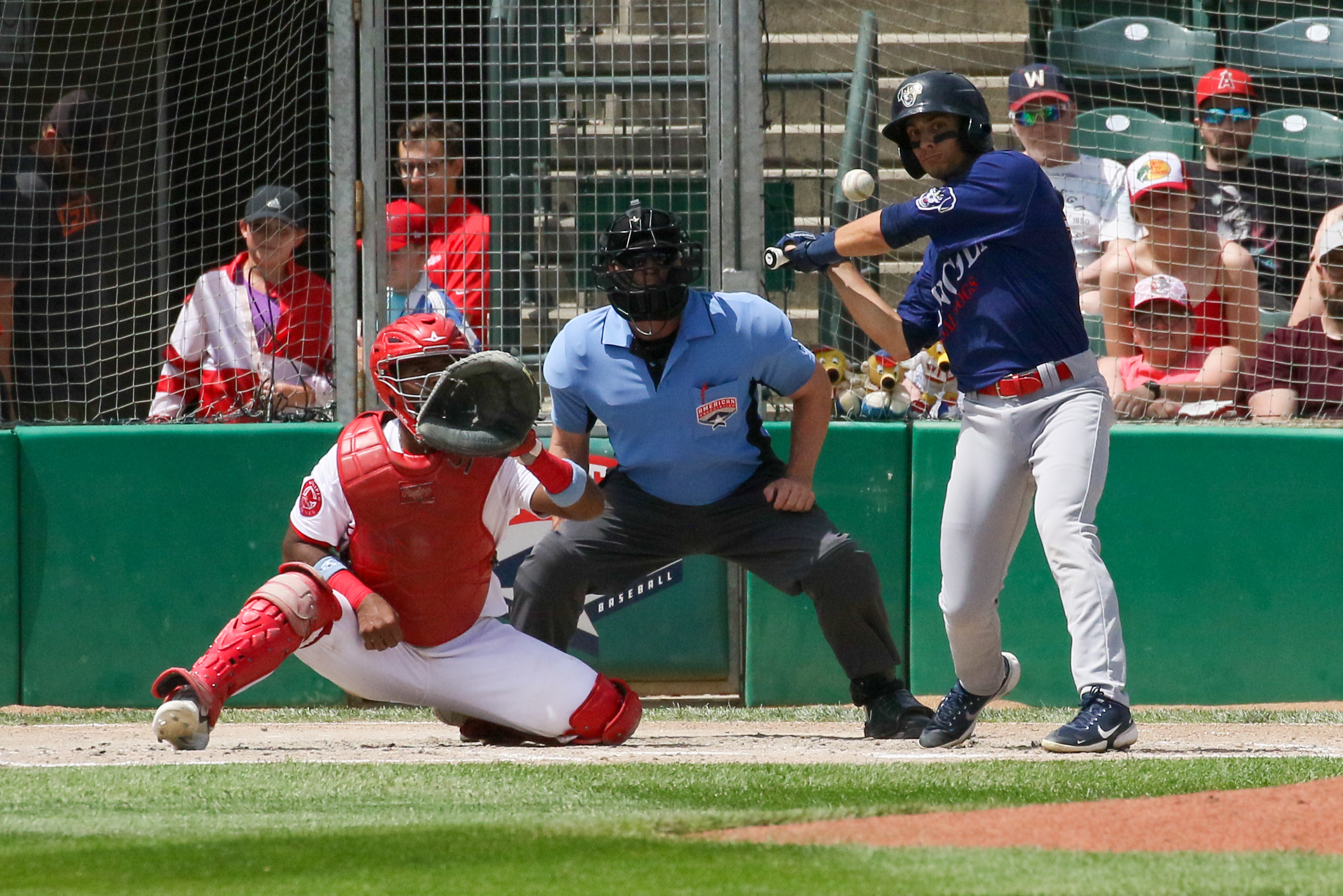 The Cougars (17-16) beat the Canaries (10-24), behind the pitching performance of Ben Allison, on Sunday afternoon at Northwestern Medicine Field.

The Cougars got their first runs in the column when Jimmy Kerrigan hit a home run well over the fence that scored Cornelius Randolph. Alexis Pantoja made some very impressive plays at 2B, as well.

Ben Allison had an immaculate performance on the mound. He threw 7.2 innings allowing 0 runs which the Cougars rallied behind. He also struck out 6.

Randy Norris had a great day at the plate going 4 for 5 with 2 R and an RBI. He got their first run on the board and batted one in too. Ryan Long sent a ball long-gone over the fence in the 5th inning scoring Randy Norris

With 7 innings pitched, 0 ER, and 4 Ks, Zach Keenan got the win for the Salt Dogs. He has had an impressive 2.08 ERA so far this season.

The Fargo Moorhead RedHawks (23-10)  took the last game of the series this afternoon against the Gary Southshore RailCats (16-19) at U.S. Steel Yard.

Alec Olund opened the scoring for the RailCats in the third inning on an error to put them up 1-0. The lead didn’t last long as Leobaldo Pina hit a solo home run for the RedHawks, tying the game in the fourth inning.

The scoring continued for Fargo as they added three more runs to their lead in the fifth inning as Manuel Boscan hit a three-run home run.

The Chicago Dogs (21-12) put on a hitting clinic against the Lake Country DockHounds (14-20) on Sunday afternoon at Impact Field.

Chicago’s Charlie Tilson opened the scoring with an unearned run on a sacrifice fly. Cosimo Cannella hit a solo home run in the fourth inning to add to the lead. Ryan Lidge and Danny Mars also plated runs that put the Dogs up 9-0.

Chicago added to their lead by five in the fifth inning, Canella scored again off of a single hit by Lidge. Lidge found home plate after a double hit by Grant Kay.

The Milwaukee Milkmen (18-15) fell to the Kansas City Monarchs (22-11) on Sunday afternoon at Legends Field.

David Thompson started things off for Kansas City in the second inning scoring on a sacrifice fly by Casey Gillaspie. Corelle Prime answered in the third inning for Milwaukee with a two-run home run to put them in front. Kansas City rallied back with a three-run home run hit by Matt Adams.

Chicago ran away with the game in the fifth innings scoring ten runs. Darnell Sweeny and Casey Gillaspie both hit two-run home runs to add to the 16 total runs scored for Kansas City.

The Cleburne Railroaders (9-24) picked up the win Sunday night against the Sioux City Explorers (14-18) at Mercy Field at Lewis and Clark.

Edwin Arroyo started things off for Cleburne with a run scored off of a single hit by Zach Nehrir. The Railroaders continued to score as Chase Simpson hit a two-run home run and Hunter Wolfe homered a solo.

The Explorers’ Gabe Snyder homered in both the fourth and the sixth inning to bring Sioux City within two but it wasn’t enough as Cleburne held on to the two-run lead.

The winning pitcher Kevin McCarthy threw for 1.2 innings allowing only one hit and zero runs.