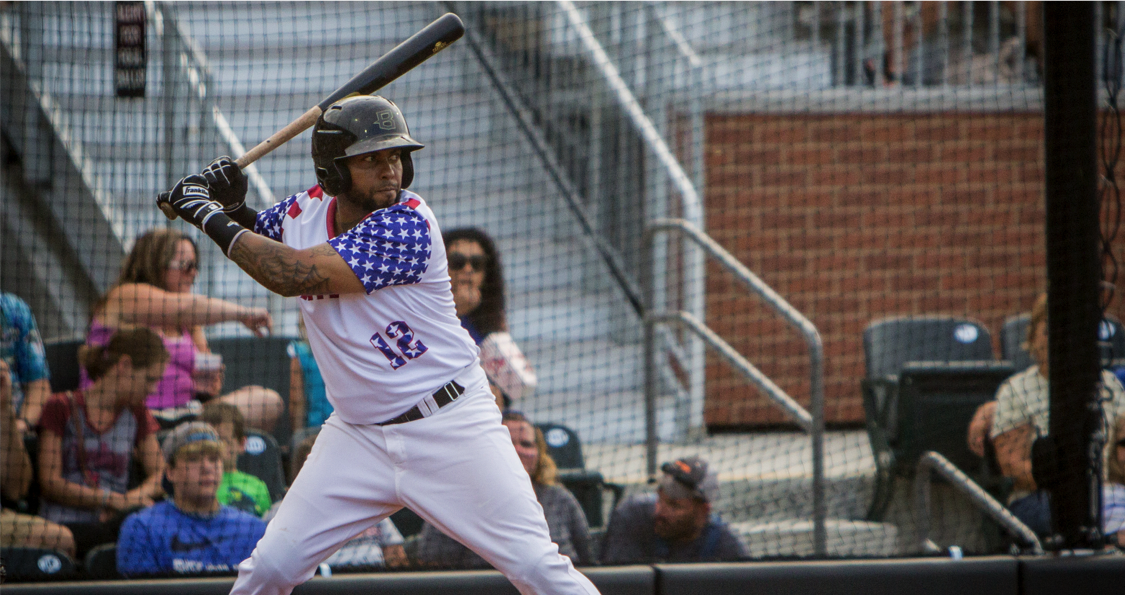 DURHAM, NC- The official statistician of the American Association, Pointstreak, has announced that Joplin Blasters INF Geraldo Valentin (pictured) has been named this week’s Pointstreak Player of the Week for the week ending August 28.

Valentin hit safely in all seven games he played this week, going 11-for-27 (.407) this week. He hit five home runs to go along with one double and six RBI. His week began on Tuesday with a doubleheader at the Texas AirHogs. In the opener, Valentin hit a pair of solo home runs in a 2-for-3 performance. Despite his efforts, the Blasters were defeated 6-4. Joplin picked up a win in the nightcap by a 5-1 final. Valentin was 1-for-4 with a run scored. In the series finale on Wednesday, Joplin was defeated 9-6, but Valentin had a single.

The Blasters played a second doubleheader on Friday night at home against the Laredo Lemurs. Valentin was 1-for-4 with an RBI in the opening game, a narrow 4-3 loss. In game two, Valentin hit his third home run of the week, a solo shot that propelled the Blasters to a 6-5 win. Valentin’s best game of the week came on Saturday, a 4-for-4 night against the Lemurs that featured a pair of solo home runs. His efforts helped Joplin to a 3-1 win. Joplin ended the week on Sunday with a 3-0 win over the Lemurs, and Valentin was 1-for-4 with a double.

On the season, Valentin, a native of Rio Piedras, Puerto Rico, is hitting .333 (122-for-366). He has amassed 21 doubles, 18 home runs and 59 RBI. Valentin has already eclipsed career high numbers in doubles, home runs and RBI in 2016. The veteran player is in his third season in the American Association, having played 2014 and 2015 with the Amarillo Sox/Thunderheads franchise. He has spent time in the Kansas City Royals, Seattle Mariners and Miami Marlins systems, reaching as high as Class AA. Valentin played in 192 games at the Class AA level for the Royals in 2007 (Wichita Wranglers) and 2008 (Northwest Arkansas Naturals).

Joplin opens a road series with the Wichita Wingnuts tonight at 7:05 p.m. Central time at Lawrence-DuMont Stadium in Wichita, Kan.