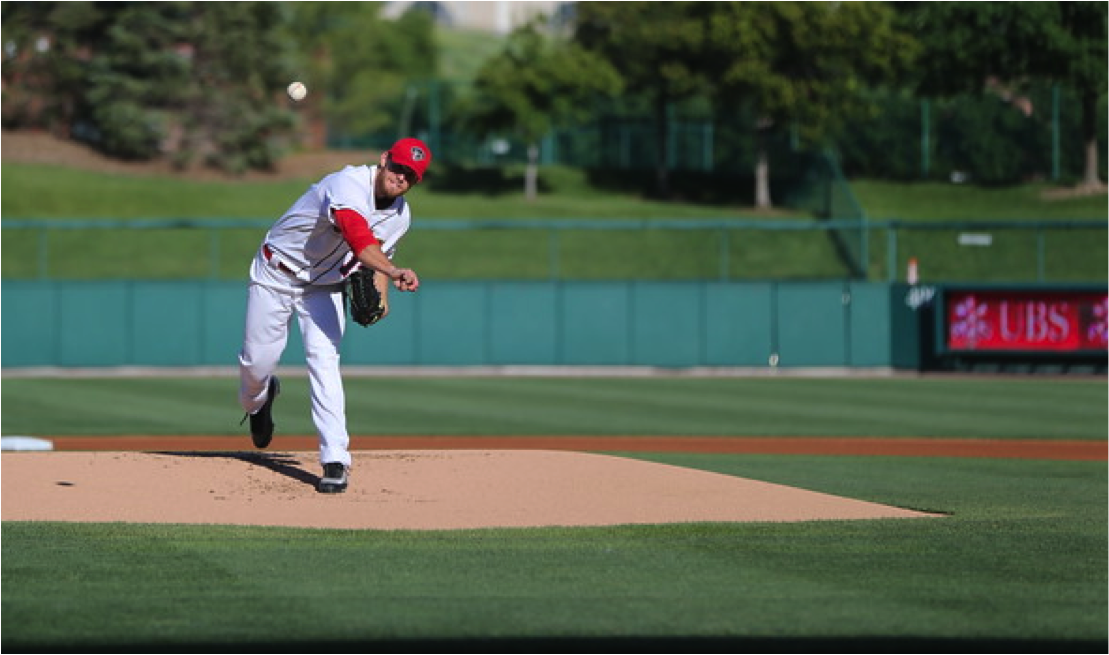 DURHAM, NC- The official statistician of the American Association, Pointstreak, has announced that Lincoln Saltdogs RHP Lindsey Caughel (pictured) has been named this week’s Pointstreak Pitcher of the Week for the week ending August 28.

Caughel made two strong starts this week, picking up one win and taking a no-decision. His first start was a complete game on Tuesday night against the Gary SouthShore RailCats. Over the nine innings, the former Stetson University Hatter allowed just one run on four hits and one walk. He struck out 10, and picked up the victory as the Saltdogs won 2-1. Caughel returned to the mound on Sunday to take on the St. Paul Saints, and twirled eight innings. He again allowed just one run, giving up three hits and a walk. Caughel struck out nine as he took a no-decision. The Saltdogs won 3-2 on a walk-off home run from pinch hitter Jon Smith.

He is in his first year in the American Association after a four-year stint in the Los Angeles Dodgers system. Caughel was originally drafted in the 35th round of the 2011 Draft by the Baltimore Orioles, but opted to return to Stetson. He was picked up by the Dodgers in the 23rd round of the 2012 Draft. Caughel reached as high as the Class A Advanced Rancho Cucamonga (Calif.) Quakes, where he pitched in 2013 and 2014. He set a career high in strikeouts with 138 in 2013, a year split between Rancho Cucamonga and the Class A Great Lakes (Midland, Mich.) Loons. He established that mark over a career-high 143.2 innings pitched.

The Saltdogs open a road series tonight at the Sioux City Explorers. First pitch is set for 7:00 p.m.