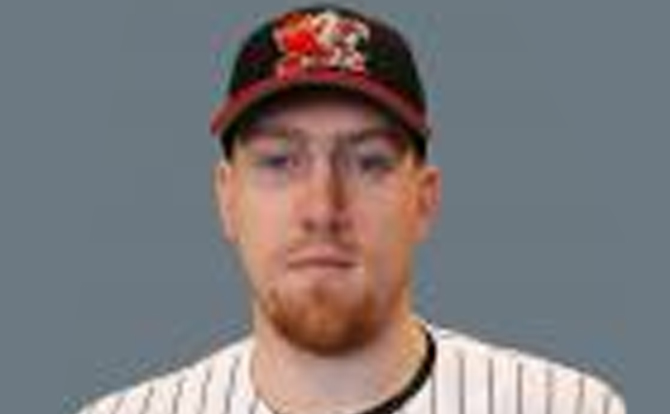 The Fargo-Moorhead RedHawks toppled the El Paso Diablos 12-3 behind a monster game from RF Tim Alberts (pictured). Alberts blasted three home runs in the contest and the last two were two-run shots. He finished the night 4-for-6 with five RBI and four runs scored. LF Buddy Sosnoskie also had a solid night at the plate going 4-for-5. Two other RedHawks, middle infielders SS Zach Penprase and 2B Jose Garcia, put up three-hit performances. CF Matt Einertson of the Diablos had a three hit game as well and scored a team-high two runs.

The New Jersey Jackals of the Can-Am League lead the whole way as they claimed an inter-league contest with the Sioux City Explorers. Several Jackals had strong games at the plate including CF Chris Curran who was 4-for-5 with two runs. New Jersey 1B Chris Duffy, 3B Nick Giarraputo and C Kyle Nisson each added three hits and three RBI to the Jackals’ offensive production. For the Explorers, eight of the nine starters in the batting order tallied a hit and they were led by DH Palmer Karr. Karr went 3-for-4 and belted his second homerun of the season. P David Filak was credited with the win while P Preston Olson picked up the loss.

Despite the rallying efforts of the Grand Prairie AirHogs, the Laredo Lemurs defended their home turf with a walk-off 6-5 win. The AirHogs entered the ninth inning trailing 5-2 but a two-run homerun by 3B Juan Richardson and a solo homerun by C Angel Flores tied up the score. Richardson was 2-for-3 in the game. In the bottom half of the inning CF Sawyer Carroll came up with two-outs and the bases loaded. He singled home LF Marcos Rodriguez to walk off with the win. Both Carroll and Rodriguez were 2-for-4 on the day. Laredo DH John Allen also had two hits, going 2-for-3 with two RBI.

After taking the lead in the first inning on an RBI double from DH Cristian Guerrero, the Gary SouthShore RailCats never trailed as they downed the Wichita Wingnuts 5-1. Guerrero went 2-for-3 in the game and also scored a run. RailCat CF Drew Martinez also had two hits in the game and LF Adam Klein had just one hit but he added two RBI. For the Wingnuts SS Ryan Khoury paced the offense with three hits in five at bats. Wingnut DH John Rodriguez went 2-for-4 and provided Wichita’s only RBI on an eighth-inning single. Starter Alain Quijano picked up the win for his six innings of scoreless work.

Three different Winnipeg Goldeyes posted three-hit games as the Goldeyes handled the Amarillo Sox 11-5. 2B Nick Liles, DH Ryan Scoma and C Luis Alen each had three hits and two RBI against the Sox Monday night. Five other Goldeyes had two-hit games. As a team the Goldeyes racked up 20 hits while allowing just eight. For the Sox, LF David Peralta and 3B Trey Ford were both 2-for-4 with a homerun. P Peter Gehle earned his first win of the season while keeping the Goldeyes undefeated on the young season.

The Kansas City T-Bones responded to a grand slam by Lincoln Saltdogs 1B Ian Gac with an American Association record five home runs in the third inning and held on for a 14-10 win. Gac, who was an impressive 4-for-5 with five RBI, gave the Saltdogs a 4-0 lead with his grand slam in the top of the third inning but the T-Bones had an immediate answer. T-Bones RF Ray Sadler, 1B Matt Padgett and C Trevor Coleman hit back-to-back-to-back home runs and the T-Bones were just getting started. 2B/SS Devn Goodwin and LF Justin Bass both added two-run home runs later in the inning. When the inning ended, 12 T-Bones had been to the plate, they registered eight hits and nine runs. Four more T-Bones runs in the sixth inning sealed the game.