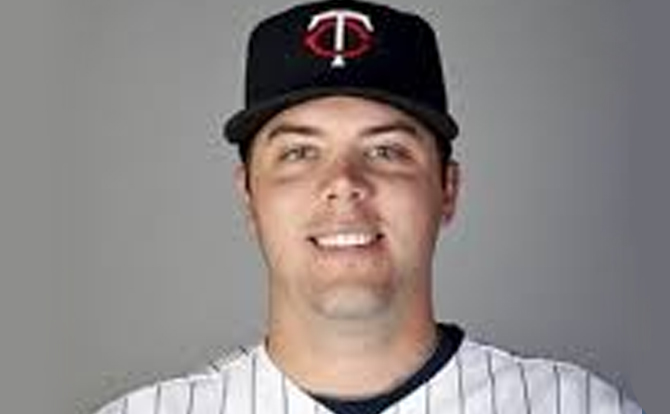 DURHAM, NC – Former St. Paul Saints LHP Caleb Thielbar (pictured) is heading back to Minnesota, but he’ll be donning some different colors. After compiling a 3.76 ERA out of the bullpen for Triple-A Rochester, Thielbar has been called up to the Major Leagues with the Twins.

The 26-year old southpaw was originally selected by the Milwaukee Brewers in the 18th round of the 2009 MLB June Amateur Draft. After spending two years in the Brewers’ organization, Thielbar pitched for St. Paul during the 2011 season, going 3-3 with a 2.54 ERA out of the bullpen. He also fanned 62 batters over 49.2 innings and held opposing hitters to a .223 average. Most notably that year, Thielbar amassed a Saints record 29.2 consecutive scoreless innings. Shortly after Thielbar’s scoreless innings streak came to an end, the Twins purchased him from the Saints and sent him to Single-A Fort Myers.

Thielbar did not stay in Single-A very long. After holding his Florida State League opponents scoreless over 7.1 innings at the end of 2011, the lefty shot all the way up to Triple-A in 2012. Thielbar went 6-2 with a 2.43 ERA and six saves that year, pitching for Fort Myers, Double-A New Britain and Rochester. His strikeout numbers stayed up, as well. Thielbar sat down 74 batters over 77.2 innings during the 2012 season.

Prior to the start of the 2013 season, Thielbar was placed on the Twins’ 40-man roster and went with the Major League club to Spring Training. He has pitched 26.1 innings for Rochester this season, striking out 34 hitters, while walking only eight. His call-up to the Twins was announced earlier today.