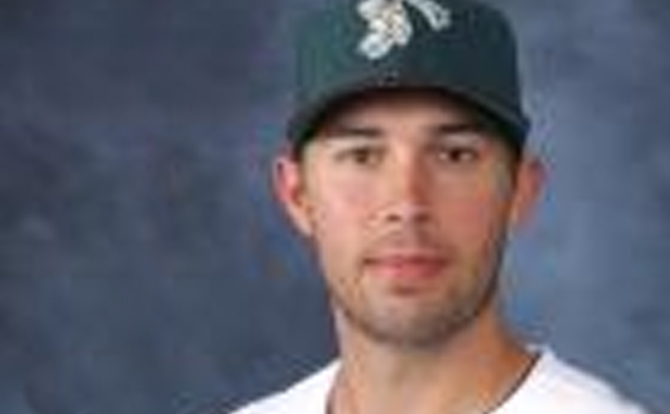 Both the RailCats and the Wingnuts got quality outings from their starters, but it was Gary SouthShore LHP Ari Ronick (pictured) who came out on top in a 2-1 RailCats victory. Ronick pitched six innings, allowing one run on four hits to pick up the win and improve to 1-1. Wichita RHP Jon Link had a strong start, as well, despite being saddled with the loss. He allowed his only two runs of the afternoon on a double by CF Drew Martinez. That double was all the RailCats needed, as the bullpen shut the door. Gary SouthShore RHP Marco Gonzalez wrapped things up with a one-two-three ninth to notch his first save of the season. Wichita’s only run came on a home run by 1B CJ Ziegler. The shot was his fourth of the season.

New Jersey SS Jeremy Barnes’ (pictured) presence at the plate was tough to ignore. Barnes hit a home run and a triple, while driving in three runs, as the Jackals defeated Sioux City, 9-6. The shortstop struck first early, putting New Jersey on top with a two-run homer in the first. He then tripled home a run in the third, and singled and scored in the fifth. Not to be outdone, Jackals 2B Gaetano Giunta went 3-for-4 and 3B Jose Cuevas drove in three. On the mound, LHP Isaac Pavlik pitched seven solid innings. He allowed three runs on six hits to get the win.

El Paso went down early, but came back with small ball in the fifth and sixth innings to beat Fargo-Moorhead, 8-3. The Diablos were down 3-1 entering the fifth inning, when they manufactured a pair of runs on an RBI single by RF Oscar Mesa and a game-tying fielder’s choice by CF Mitch Einertson. An inning later, the Diablos struck again. After a lead-off single by C Moises Montero, Roberto Ramirez bunted the runner over. Montero then scored on a fielding error to give El Paso the lead, and SS Maikol Gonzalez tacked on another run with a sacrifice fly. El Paso later added a pair of insurance runs in the eighth with a home run by DH Victor Ferrante and a two-run triple by 3B Edgar Corcino.