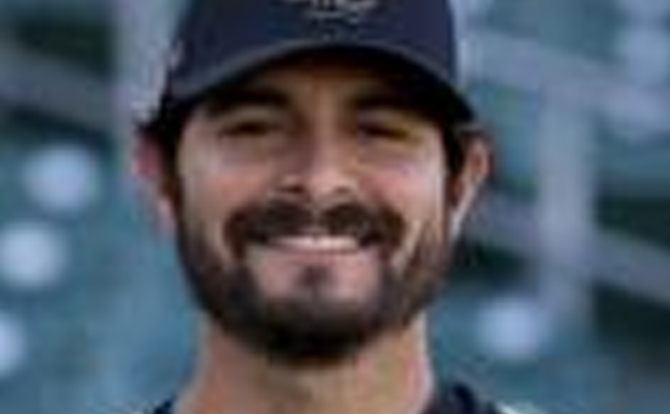 Lemurs RHP Mark Serrano (pictured) continued his strong start to the 2013 season this afternoon. The righty allowed two runs and struck out seven batters over six innings to beat Grand Prairie, 8-2. With the win, Serrano improved to 3-0, giving him the hottest start of any American Association pitcher. Thus far, the Laredo starter owns a 1.97 ERA with an 11.00 K/BB ratio. Laredo RF Jon Gaston led the club at the plate. Gaston hit a two-run home run that gave the Lemurs the lead in the fourth. He followed that up with an RBI single in the sixth to cap a 2-for-4 day.

Heavy rain threatened to shorten the ballgame between Wichita and Gary SouthShore, but the clubs soldiered through a one hour, 42 minute delay to finish the game in front of an impressive crowd of 5,575 at the U.S. Steel Yard. After the delay, which began with two outs in the bottom of the eighth inning, Wichita polished off the final outs of a 5-1 win.

The Wingnuts did most of their damage in the game’s first inning. They jumped out to a 4-0 lead with the help of a three-run home run by 1B CJ Ziegler. The blast came immediately after DH John Rodriguez plated the first run of the game with an RBI single. That run support was plenty for RHP Christopher M. Smith. Wichita’s starter notched his first win of the season by holding the RailCats to one run and four hits through seven innings.