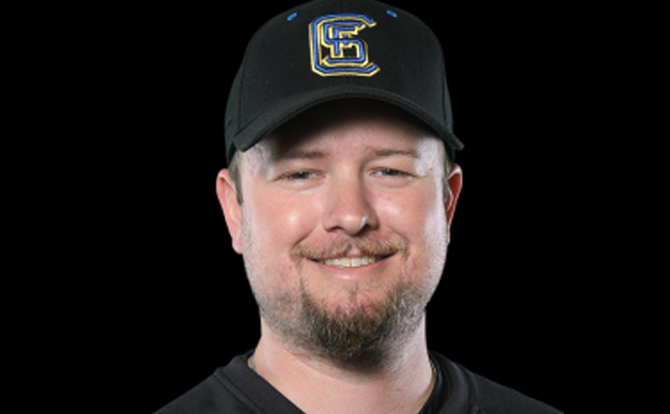 Sioux Falls starter Ben Moore (pictured) took the American Association career wins lead with his 40th victory as his team built an early lead and cruised to a 7-4 victory over St. Paul.

The Canaries took advantage of home runs from 1B Jared Clark, SS Cory Morales and LF J.P. Ramirez to build a 7-2 lead after four innings. It was more than enough support for Moore, who gave up three runs on six hits in seven innings of work, fanning six. Alan DeRatt threw a hitless ninth, earning his second save of the season.

Ramirez led the Sioux Falls lineup, going 3-for-5, while Morales and 3B Tim Pahuta each had a pair of base knocks. St. Paul’s seven hits came from seven different players; DH Willie Cabrera’s two-run double in the first was an offensive highlight.

Lincoln went ahead thanks in part to a solid outing from starter Joe Bisenius, then hung on for dear life before finally putting away Kansas City, 5-4.

The Saltdogs broke a 1-1 tie with two runs in the fifth, then two more in the sixth on a two-run blast by CF Dan Carroll to go ahead, 5-1. The T-Bones started chipping away at the lead with 3B Jairo Perez’s solo home run in the seventh; 1B Matt Padgett then led off the bottom of the ninth with a home run, before SS Felix Molina hit a two-out, two-strike dinger to make it a 5-4 game. R.J. Rodriguez finally shut the door to preserve the Lincoln win.

Bisenius gave up two runs on five hits in six innings to get the win. DH Dan Raben led the Saltdogs’ offensive attack with a 2-for-4 evening, while Molina went 3-for-4 for the T-Bones.

Down 3-2, Laredo CF Sawyer Carroll blasted a two-out walk-off home run to give the Lemurs a 4-3 win over Grand Prairie and their sixth straight victory to start the season.

The AirHogs had led since the sixth inning, when C Angel Flores’s RBI single broke a 2-2 deadlock. Flores and 2B Brandon Pinckney both had a pair of hits on the evening, while Carroll, DH John Allen, SS Jimmy Mojica and 3B Garrett Rau each had two base knocks for Laredo.

Both starters received no-decisions but had solid outings; the Lemurs’ David Newmann gave up two runs on five hits in five innings of work, while Grand Prairie’s Jake Cowan allowed a pair of runs in five and two-thirds, striking out three.

Winnipeg at Amarillo – Rained Out

The Goldeyes and Sox were rained out and will play the game as part of a doubleheader Wednesday evening starting at 5:05 p.m.