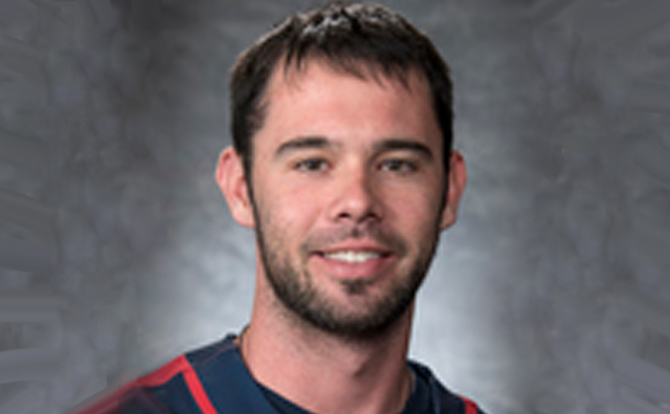 Lincoln RF Stephen Douglas (pictured) was the main cog in the Saltdogs’ win over Kansas City. Douglas went 4-for-5 with a three run home run and a stolen base, as Lincoln beat the T-Bones, 6-3. The home run by the right fielder proved to be important as the game wore on. After Kansas City 3B Jairo Perez hit a two-run home run in the fifth inning, Douglas’ runs became the difference in the game.

Saltdogs RHP Pete Parise continued his solid start to the 2013 season. He went 6.2 innings, giving up three runs on six hits. The performance was good for his second win of the year.

After a battle between two strong starters, Winnipeg’s Matt Rusch and Amarillo’s Jason Johnson, it took extra innings to ultimately decide a winner in game one of a doubleheader. Rusch and Johnson had held their opponents to one run each in a game scheduled for seven innings, before Goldeyes CF Fehlandt Lentini broke the 1-1 deadlock with an RBI single in the eighth, giving Winnipeg a 2-1 win.

The Goldeyes put themselves in a hole early. A first inning error gave the Sox the lead, but Rusch held serve through seven innings to keep Winnipeg’s hopes alive. The right-hander’s work paid off in the sixth. Goldeyes 2B Nick Liles singled home Winnipeg’s first run to tie the game. That knock was part of a big day for the second baseman, who went 3-for-3 with a double.

Liles’ RBI was the only run given up by Johnson, but Winnipeg took advantage when he exited the game after six innings. Lentini’s single led the way for RHP Patrick Keating to finish off the win in the bottom of the eighth. Keating got into trouble, allowing a pair of singles that put the potential tying and winning runs aboard. But, the reliever was able to put the game away by striking out LF David Peralta. Keating struck out the side in the final inning, earning him the save and securing a win for Rusch.

The Goldeyes rode a strong performance by their starter Alex Capaul to win game two of the doubleheader against Amarillo, 5-0. Capaul pitched five innings of a seven-inning game, holding the Sox scoreless on four hits.

Winnipeg’s offense helped Capaul out early. Goldeyes DH Ryan Scoma delivered a two-run single in the first. Winnipeg got insurance runs on a wild pitch in the fourth and a home run by LF Leonard Davis in the fifth to help the Goldeyes sweep the doubleheader.

New Jersey held a 4-3 lead heading into the fifth, but Sioux City exploded for seven runs over the next two innings to down the Jackals, 12-4. Explorers LF Sam Judah began the onslaught with a game-tying solo home run. Later in the inning, SS Leguim Barroso and C Adrian Martinez delivered back-to-back bases loaded RBI singles to give Sioux City the lead.

The X’s pulled away in the sixth and, again, Judah, Barroso and Martinez had a hand in the damage. Judah hit an RBI double, while Barroso and Martinez added run-scoring singles. Sioux City RF Peter Barrows also helped out with an RBI double. The X’s added two more insurance runs in the eighth to secure the win for RHP Jason Jarvis. Last week’s Pointstreak Pitcher of the Week gave up 11 hits, but held the Jackals to four runs (three earned) over 6.1 innings to pick up his second victory of the season.

The RedHawks and Diablos played a tight ballgame until the ninth inning, when Fargo-Moorhead pulled away with five runs to secure an 8-4 win. After El Paso took a 1-0 lead in the first, Fargo-Moorhead rebounded with one-run innings in the fourth, fifth and sixth. RedHawks 1B Keith Brachold tied the game with an RBI double in the fourth. The following inning, Fargo-Moorhead scrapped across a run on a double play to take its first lead of the game and DH Ryan Pineda added insurance with a run-scoring double in the sixth.

El Paso pulled within one run with an eighth-inning single by SS Maikol Gonzalez, but the RedHawks’ ninth put the game out of reach. Two Diablos errors opened the door and Nic Jackson and Tim Alberts capitalized. Jackson tripled home a pair and Alberts followed up with a two-run homer immediately after. Because of the errors, four of the RedHawks’ five runs in the ninth were unearned. El Paso mounted a rally with two runs in the bottom half of the inning, but ultimately came up short.

The game between the St. Paul Saints and the Sioux Falls Canaries has been postponed due to weather. It will be made up tomorrow, May 23, as part of a doubleheader, beginning at 5:05 pm.