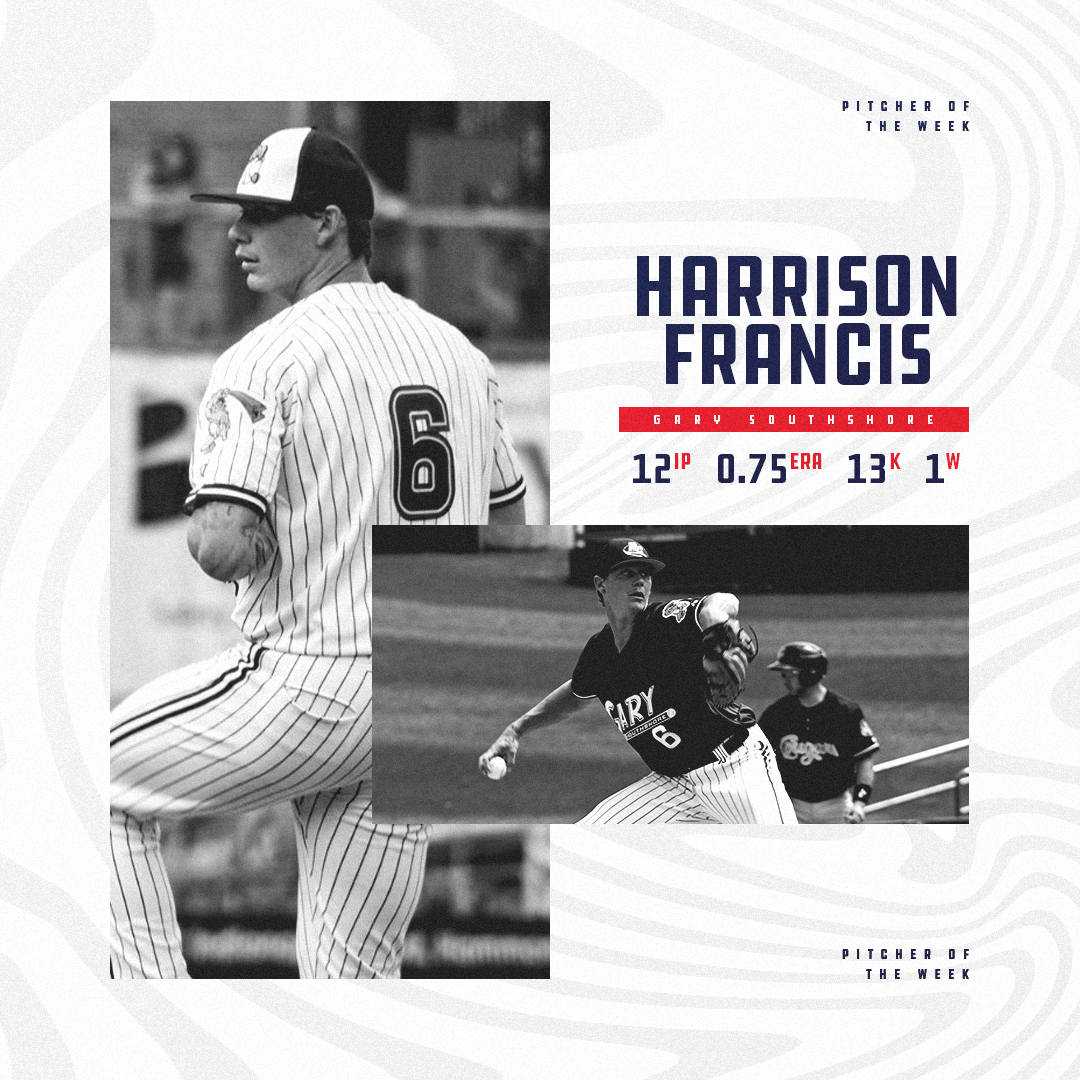 MOORHEAD, Minn. — Fargo-Moorhead RedHawks first baseman Drew Ward and Gary SouthShore Railcats starter Harrison Francis were named the American Association’s Pointstreak Batter and Pitcher of the Week for the week ending June 12, the league announced Monday.
Ward was on fire for the RedHawks this week, posting a .474 batting average and Association-best 1.779 OPS. Ward hit four home runs and drove in a league-high 13 RBIs. He drew seven walks while only striking out four times. On the season, Ward is hitting .378 with 10 home runs and 28 RBIs.
Ward, 27, is in his second year with the RedHawks after suiting up in Fargo in 2020. He was one of the top bats in the Association that season, leading the league with a 1.040 OPS and earning a spot on the postseason all-star team. A third-round draft choice by the Washington Nationals in 2013, Ward made it as high as Triple-A in the Nationals system. He spent 2021 with Double-A Erie in the Tigers organization.
Francis was dominant in two starts this past week. On June 7 at Lake Country, the 23-year-old tossed six shutout innings, scattering five hits and striking out five. On June 11 at home against Sioux City, Francis threw another six strong frames, allowing one run on five hits and striking out eight. He did not walk a batter in either of his starts. The performances lowered his season ERA to 3.37.
Francis is making his American Association debut in 2022 after spending his first four seasons as a pro in the Arizona Diamondbacks organization. Drafted in the fourth round out of high school in 2017, Francis made it as high as Class A Visalia, where he made 24 relief appearances in 2021.
Pointstreak is the official statistician of the American Association.
0Shares