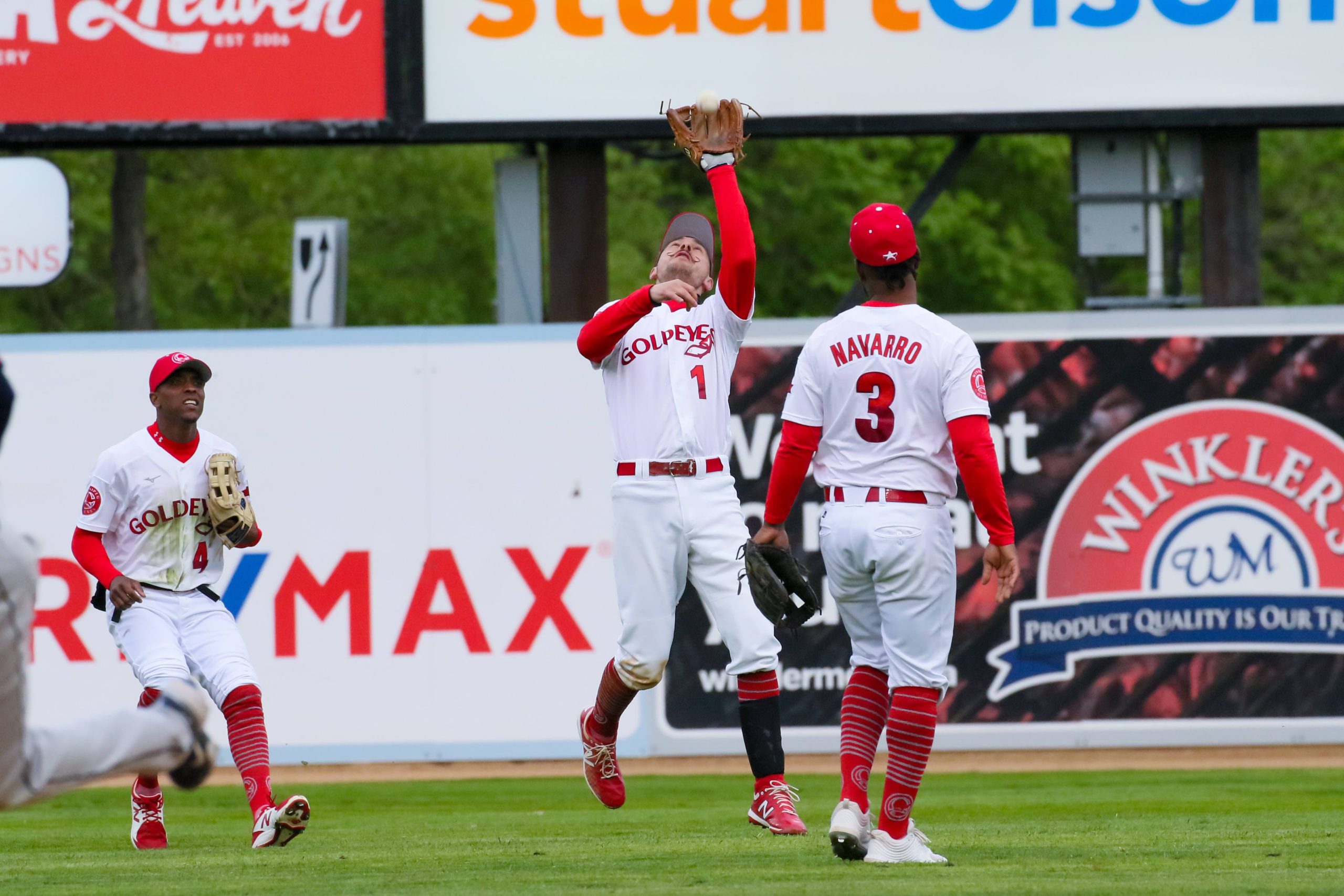 Tied at 3-3 in the bottom of the eighth inning, Logan Hill led off with a home run hit high and deep to left-center field.  It was Hill’s second home run of the game.  Reggie Pruitt Jr. and Deon Stafford Jr. followed with back-to-back singles, and the Goldeyes made it 5-3 when Pruitt scored on a Raul Navarro sacrifice fly to right.

Kane County (13-15) pulled within 5-4 in the top of the ninth on an RBI single from Ernie de la Trinidad.  With the tying and go-ahead runs on base, Tasker Strobel struck out Sherman Johnson and Cornelius Randolph back-to-back to end the game and earn his seventh save of the season.

Travis Seabrooke (1-2) picked up the win in relief, retiring all four batters to face him over the seventh and eighth innings.

Jack Anderson (1-1) took the loss in relief for the Cougars.

The Goldeyes took a 2-0 lead in the bottom of the second.  David Washington doubled down the right-field line with one out.  Two batters later, Hill cracked a two-out, two-run home run to left.

In the bottom of the fifth, Pruitt singled leading off, took third on an errant pickoff throw by Cougars’ starter Ben Allison, and scored Winnipeg’s third run on a Stafford RBI single to center.

The Cougars scratched out a two-out run on a wild pitch in the top of the sixth and tied the game in the seventh on back-to-back RBI singles from Alexis Pantoja and BJ Lopez.

Josh Lucas started for the Goldeyes and took a no-decision, allowing one earned run on two hits in six innings.  Lucas walked three and struck out two.  Lucas did not allow a hit until the sixth inning.