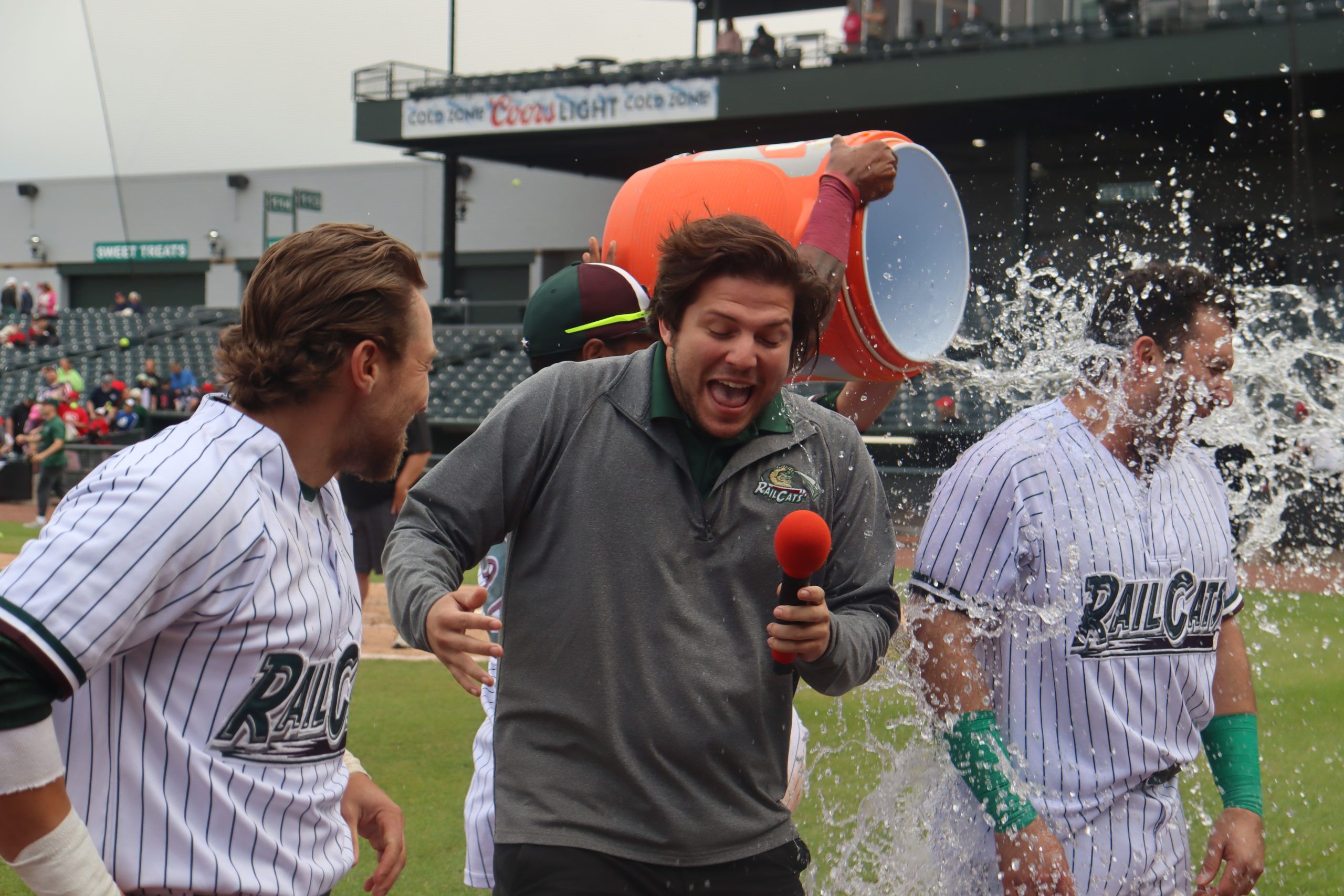 Chris Erwin got the start for the RailCats and worked around early trouble to hold the Explorers in check. Though the Explorers loaded the bases twice in the very first inning, the left-hander held them to two runs and shut them out in his next four. He departed following five innings, allowing just two runs on four hits, striking out five in a no-decision.

It took a bit of time, but the RailCats got their offense going in the bottom of the sixth.  Michael Cruz roped a leadoff double before advancing 90 feet on a flyout one batter later. As X’s starter Zach Hedges worked a 1-2 count on Alec Olund, he uncorked a wild pitch that brought Cruz home and cut their lead to a single tally.

Unsatisfied with just a one-run advantage, the Explorers got their bats going in their next turn at the plate. Trey Martin’s two-out, two-run single provided late-inning insurance to put his team ahead 4-1.

Down to their final six outs, the RailCats dug their heels in against the Sioux City bullpen and fought back.  Michael Woodworth doubled to lead off, and a Cruz hit-by-pitch and Olund walk loaded the bases.  With two outs, Sam Abbott roped a single to left field to bring Woodworth in and place the go-ahead run on first.

Tom Walraven then came up and turned the game on its head on his very next swing.  He crushed a grand slam, his second home run in as many days, to turn a 4-2 deficit into a 6-4 lead heading into the ninth.

However, the Explorers refused to go down quietly.  Back-to-back singles opened up the ninth inning, but another Javeyan Williams diving catch briefly put the RailCats at ease.  Immediately succeeding the web gem, a stolen base, base hit, and sacrifice fly brought the Explorers level at six apiece.

Upon losing their lead, the RailCats took matters into their own hands.  Daniel Lingua walked with two outs and immediately stole second base to set the stage for Zach Racusin.  He flared a 2-0 pitch down the right-field line to chase Lingua home and cap off a walk-off victory.

The RailCats weren’t the only team to win on a walk off. On Sunday afternoon, the Lincoln Saltdogs (16-10) walked it off against the Sioux Falls Canaries (8-20) 6-5 to earn their second sweep of the season.

DH Justin Byrd (2-4) got the Saltdogs on the board first when he blasted a two-run home run in the first inning. Lincoln scored one more in the second, but both teams were quiet offensively until the Canaries scored two in the seventh. RF Wyatt Ulrich brought in one of the two runs and finished the day 3-4 with a walk.

The Saltdogs scored two more runs in the eighth inning, giving them a 5-2 lead. but the Canaries scored three in the top of the ninth due to RBIs from DH Jabari Henry and CF Kona Quiggle.

The game was tied 5-5 entering the bottom of the ninth until Saltdogs 3B Ryan Long (2-5) stepped up to the plate and hit a two-out single up the middle to win the game for Lincoln.

The Kansas City Monarchs (20-7) continued to burn the Chicago Dogs (17-10) as they completed the three-game sweep winning 9-2. The Monarchs dominated the Dogs the past three games, outscoring them 30 to five. Kansas City now has the best record in the American Association and is on a six game winning streak.

The Dogs broke the tie when LF Charlie Tilson hit a solo home run in the first inning. Kansas City didn’t respond until the fourth when DH Matt Adams hit a sacrifice fly to tie the game 1-1. Chicago responded as they quickly regained the lead on a sacrifice fly by RF Anfernee Grier in the bottom half of the fourth.

History tends to repeat itself. Kansas City scored in the last two innings as they did the night before. A five-run eighth inning put the game out of reach. Kansas City added one more insurance run in the ninth as Matt Adams hit his 11th home run of the season. Adams and his teammates, RF Jan Hernandez and 3B David Thompson, are tied for first in home runs in the American Association.

Luis Ramirez (3-1) worked into the ninth inning for the Goldeyes and earned the victory, allowing one run on just three hits while striking out nine. He has surrendered three earned runs on only seven hits over his last three starts.

Tasker Strobel recorded the final three outs to pick up his sixth save.

Winnipeg jumped out to a 1-0 first inning lead when Ian Sagdal lifted a sacrifice fly to left field that scored Raul Navarro.

The Goldeyes increased their lead to 3-0 in the top of the fourth inning on a two-run home run to left field by Reggie Pruitt Jr., who has now hit a career-high five long balls this season.

Neither team then scored until the bottom of the ninth inning when Cougars Steve Lombardozzi singled to left field, bringing home Galli Cribbs Jr. to reduce Winnipeg’s lead to 3-1.

Jose Fuentes started for Kane County and was charged with the loss. He gave up three runs on 11 hits over six innings.

The Milwaukee Milkmen (15-12) are coming out of Cleburne with a full trailer in tow after defeating the Cleburne Railroaders (6-21) on Sunday night.

Milkmen RF Bryan Torres started the scoring off with a solo HR in the top of the 3rd followed by a LF Will Kengor HR right away in the 4th.

The Milkmen would go on to score 6 more runs and the only push back they had from the Railroaders was an unearned run in the bottom of the 6th and a CF Zach Nehrir RBI single in the 8th.

The Fargo-Moorhead RedHawks (18-9) won the rubber match against the Lake Country DockHounds (12-16) 6-2 at Newman Outdoor Field.

Lake Country started the game by scoring a run on an RBI single from DH Aaron Takacs. He finished his day 2-3 with a walk. Fargo-Moorhead tied the game in the third on an RBI single from C Manuel Boscan. He finished the day 3-4 with a double. Neither team scored for the next two innings.This changed when 1B Drew Ward belted a two-run homer in the sixth inning to give the RedHawks a 3-1 lead. Ward has homered in four of his last five games and is now fifth in home runs in the American Association.

Fargo-Moorhead added one in the seventh and two more in the eighth to give them a 6-1 lead entering the ninth inning. Lake Country scrapped one run across in the ninth but couldn’t muster a comeback, falling to the RedHawks.

Starting pitcher Sebastian Kessay earned the win for the RedHawks. He had an exceptional performance, allowing one run in seven innings while striking out seven DockHounds.