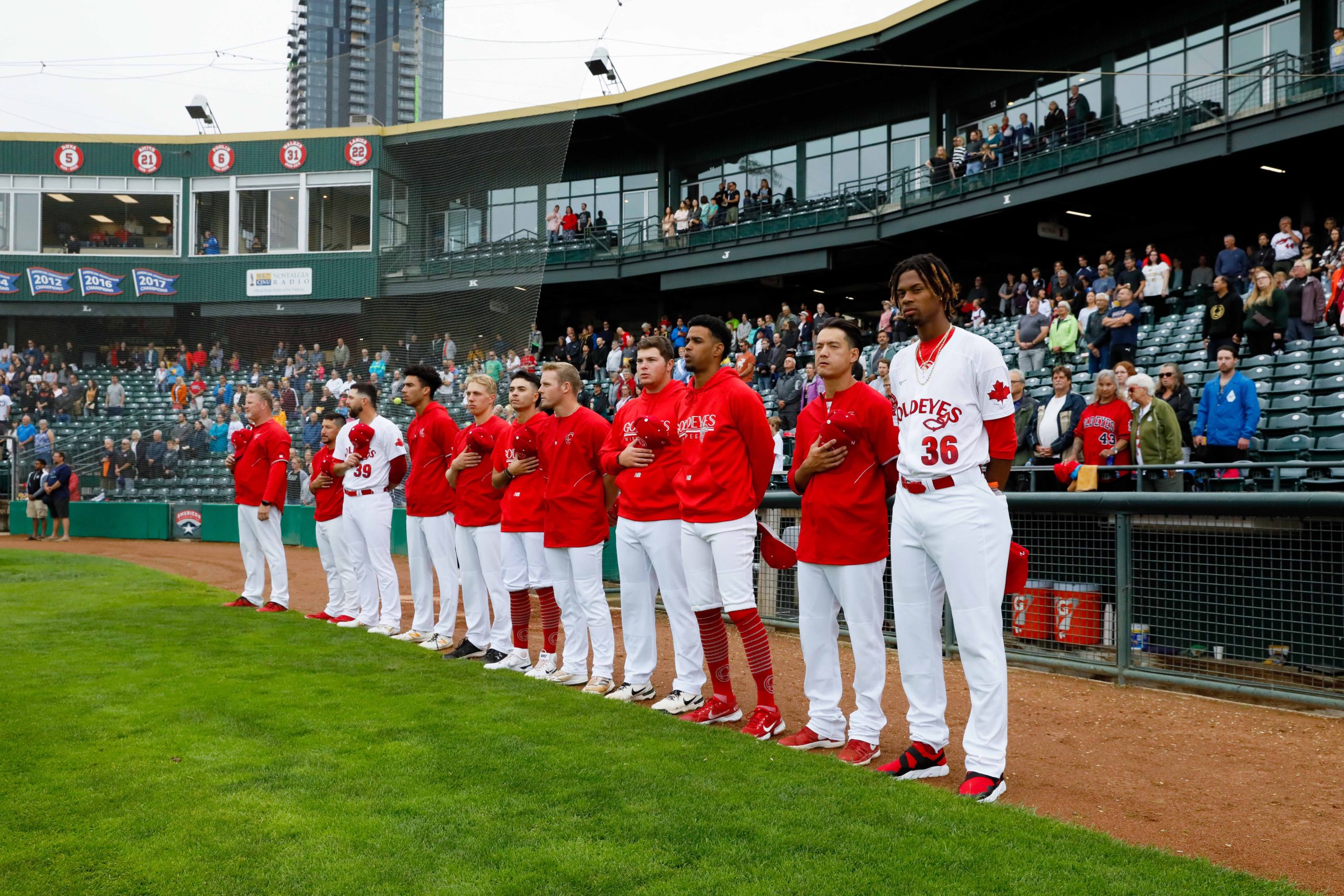 The woes continue for the Kansas City Monarchs (46-29) as they were defeated 8-4 by the Sioux City Explorers (34-40). The Monarchs have now lost five straight games and are 1-6 in the month of August.

The Explorers scored right away in the first inning. After Danny Amaral worked a walk, Blake Tiberi hit a single to left field. Amaral stole third base and was brought in on an RBI-single from Danry Vasquez. Sebastian Zawada followed up Vasquez’s at-bat with a sacrifice fly to left field to bring in Tiberi and give Sioux City an early 2-0 lead.

After a scoreless top half from Kansas City, Chase Harris hit a solo home run in the bottom of the second to extend Sioux City’s lead, 3-0.

The Explorers tacked on a few more runs in the third inning. After Vasquez singled to third base, Zawada roped a double to left field to score Vasquez. Gabe Snyder brought another run home on a single to left field. After three innings of baseball, Sioux City led 5-0 over Kansas City.

The Monarchs responded in the top of the fourth when Casey Gillaspie and Gio Brusa hammered back-to-back bombs. The home run for Brusa marked his first long ball as a Monarch.

Kansas City’s offense didn’t stop there. In the top of the fifth, Darnell Sweeney brought in Jacob Robson with a ground ball to shortstop. Gillaspie followed up Sweeney’s at-bat with an RBI-single to right field to bring the Monarchs within one, as they trailed 4-5.

Sioux City continued to extend their lead in the bottom of the fifth. Zack Kone led off the inning with a double to left field. A few batters later, Zawada doubled to center field to score Kone. Snyder hit an RBI-single to center to score Zawada and give the Explorers a 7-4 lead.

The Explorers added one more run in the bottom of the sixth inning. Shane Podsednik singled to right field. He quickly scored after an error made by SS Kevin Santa to make it an 8-4 ballgame for Sioux City.

Relief pitcher, Max Kuhns, was lights out for the Explorers. He was literally unhittable, as he struck eight Monarchs in three innings while allowing zero hits.

Thomas McIlraith entered in the top of the ninth to replace Kuhns. He struck out the side to end the game as Sioux City took the first game of the three-game series.

The Winnipeg Goldeyes (43-32) beat the Milwaukee Milkmen 11-3 at Shaw Park on Monday night.

After the Milkmen (40-35) took a 1-0 lead in the top of the first on a Will Kengor double play ball, the Goldeyes answered with three runs in the bottom half.  Eric Rivera led off with a home run to left that tied the game.  Two batters later, Max Murphy walked, and the Goldeyes took a 3-1 lead when David Washington blasted a two-run, opposite-field home run to left-centre.

Rivera and Ian Sagdal drew back-to-back, one-out walks in the bottom of the second.  Murphy followed with a two-run double into the left field corner that made it 5-1.  The Goldeyes opened a 7-1 lead when Washington ripped another two-run home run—this time off the scoreboard in right-centre.

Sagdal’s two-out, double to right-centre in the fifth drove home Justin Thompson from first base to make it 8-1.

The Milkmen pulled within 8-2 in the top of the sixth on a two-out, RBI single to centre from Christ Conley that plated Kengor.

The Goldeyes re-extended the lead to 9-2 in the bottom of the seventh when Logan Hill hit a solo home run down the left field line.  It was Hill’s 100th career professional home run.

Keon Barnum doubled home Logan Trowbridge in the top of the eighth before Rivera provided the game’s final margin with a two-out, two-run single in the bottom of the inning.

Goldeyes’ starter Luis Ramirez (10-3) picked up the win, allowing three earned runs on 10 hits in eight and one-third innings.  Ramirez walked two and struck out 11.  The eight and one-thirds innings and 11 strikeouts are both highs for a Goldeyes’ pitcher this season.

Right-hander Will McAffer made his Goldeyes’ debut in the top of the ninth and recorded the final two outs of the game in relief of Ramirez.