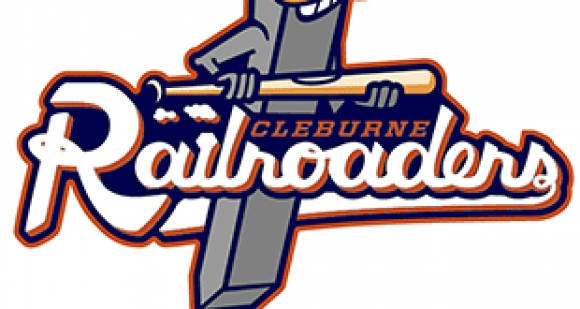 The Cleburne Railroaders knocked off the Lincoln Saltdogs 6-5 in a back and forth affair at the Depot at Cleburne Station.

C Blake Grant-Parks (2-for-3) started the action with a bases-loaded double in the bottom of the second inning that gave the Railroaders a 3-0 lead but, in the fifth, a two-run home run from RF Angel Reyes (2-for-4) and solo shot from SS Christian Ibarra (2-for-4) one pitch later brought things back to level. It was DH Rafael Palmeiro’s home run, his second this season, that broke the tie in the bottom of the sixth and gave Cleburne a temporary lead.

In the top of the seventh, 2B Cesar Valera and DH Curt Smith (2-for-5) hit back-to-back RBI base hits to give Lincoln a 5-4 edge but that lead didn’t make it out of the seventh. In the bottom half, Grant-Parks singled home OF John Menken to tie the game at 5-5.

2B Angelo Gumbs scored the eventual game-winning run in the bottom of the eighth on a wild pitch.

The Kansas City T-Bones rode a hot start and a 15-hit outing to a 6-4 win against the Fargo-Moorhead RedHawks on Friday night.

Back-to-back-to-back RBI singles from 2B Zach Walters (2-for-5), 3B Cal Towey and C Adrian Nieto (2-for-4) in the top of the first gave the T-Bones a quick 4-0 lead. LF Brennan Metzger (2-for-4) hit a solo home run to lead off the bottom of the inning but the RedHawks never fully recovered from the early blow. In the second, CF Todd Cunningham (2-for-5) singled home RF Keith Curcio and in the third, Nieto scored as LF Dexter Kjerstad (2-for-4) singled.

Fargo-Moorhead rallied in the fourth as 3B Tommy Mendonca (2-for-4), RF Tim Colwell and SS Yhoxian Medina each recorded RBIs but the RedHawks never drew any closer.

SS Dylan Tice led all batters with three hits in the game; he also scored once.

The Sioux Falls Canaries’ starting pitcher Dylan Thompson twirled a gem on the mound to push his team to a 3-1 win against the Winnipeg Goldeyes.

Thompson worked seven innings and allowed one run on seven hits while striking out nine batters. The win moves Thompson to 3-2 on the year and pushed his strike out tally to 36 for 2018. Reliever Kyle Schepel worked the ninth and earned the save. Offensively, the Canaries scored a pair of runs before the first out of the game as 3B Burt Reynolds (2-for-4) doubled home CF Jordan Smith and then scored when SS Blake Schmit singled in the next at-bat.

Winnipeg’s only run came in the top of the third when LF Dave Sappelt singled to plate DH Grant Heyman but the Canaries answered in the bottom of the frame as 2B Patrick Fiala (2-for-3) hit a lead-off triple and then scored on a sac fly from Smith.

A three-run first inning ended up being all the offense they Chicago Dogs needed as they topped the St. Paul Saints 4-2.

In the first, 2B Edwin Arroyo singled to center and scored when 3B Matt Dean reached on an error. In the next at-bat, Dean and DH Joe Benson both scored as C Ryan Wagoner (2-for-4) doubled. The Saints got on the scoreboard in the top of the fourth as 2B Noah Perio Jr. (2-for-4) touched home while 3B/C Dante Bichette Jr., bounced out. St. Paul added another in the fifth with an RBI single by RF Max Murphy to pull within one run.

But in the bottom of the fifth, LF Jonathan Maroney scored on a wild pitch to push the lead back to two runs and it stayed there the rest of the way.

The Wichita Wingnuts saw a steady performance on the mound that pushed the away team to a 4-1 victory against the Texas AirHogs.

Starting pitcher Casey Harman picked up his third win of the season as he worked eight innings, gave up one run on six hits and struck out six without giving up a walk. His ERA now sits at 2.43, the fourth best in the Association (for those who have pitched .8 innings per team game). Reliever James Campbell closed things down in the ninth, bagging his second save of 2018 in the process

At the plate, three Wingnuts – 2B Logan Watkins, CF Zach Nehrir and C John Nester – each had two hits while Watkins and Nester added RBIs. For the AirHogs, C Li Ning went 3-for-3 and 2B Casio Grider went 2-for-4.

The Sioux City Explorers held the Gary SouthShore RailCats to a single run as they picked up their 21st win of the season, a 6-1 win at U.S. Steel Yard.

2B Jay Baum’s (2-for-4) two-run home run opened the scoring in the top of the third and 1B Dexture McCall added an RBI double later in the inning to give the Explorers a 3-0 lead. Sioux City added another pair of runs in the sixth as C Dylan Kelly (2-for-4) singled home LF Daniel Jackson and later scored on an error. In the eighth, the Explorers tacked on their final run as DH Jose Sermo scored and the RailCats recorded their only run of the day in the bottom of the inning with an RBI single from RF D.K. Carey (2-for-4.