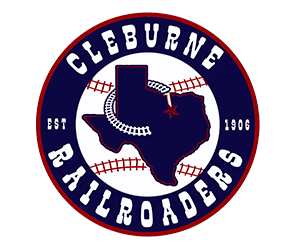 Hunter Clanin hit a one-out, walk-off home run in the ninth as the Railroaders (7-8) edged the Apollos (2-12) by a 6-5 score on Thursday night at The Depot at Cleburne Stadium.  Tyler Ryan opened the scoring in the third for Cleburne with a solo home run and Zach Nehrir hit a two-run home run in the fifth for a 5-4 lead.  Hudson Bilodeau tied the game with a single in the sixth and the game remained tied until Clanin’s swing off reliever Matt Terrones.

Thomas Walraven broke a 1-1 tie in the third with a 2-run home run and the RailCats (8-8) defeated the Dogs (10-6) by a score of 5-3 on Thursday night at Impact Field.  Phil Caulfield and Tyler Van Marter each hit solo shots in support of Gary SouthShore starter Jack Alkire (5 IP, 4 H, ER, 4 BB, 5 K) who improved to 1-1 on the season.  Anfernee Grier, Brennan Metzger, and K.C. Hobson had runs batted in for Chicago.

A five-run third inning saw the Saltdogs (8-6) take a lead they would not relinquish in an 8-3 win over the Cougars (8-7) on Thursday night at Northwestern Medicine Field.  After a wild pitch tied the game in the third, Forrestt Allday delivered a run-scoring single for the lead before David Vidal drove in two more with a double and Ryan Long singled home Vidal.  That was more than enough for Lincoln starter Walker Borkovich (7 IP, 4 H, ER, BB, 6 K).  Jeffrey Baez homered for Kane County in the ninth.