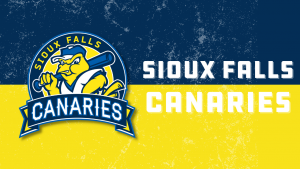 After falling behind 4-0 in the third, the Explorers (10-5) erupted for fourteen runs in the next four innings in a dominant 15-4 win over the Saltdogs (8-7) on Friday night at Mercy Field.  David Vidal opened the scoring for Lincoln in the second, but in the fourth, Sioux City responded by scoring five times, including a Chris Clare two-run homer, to take the lead.  In the fifth, the Explorers added on with a run scoring single, double, and triple each.  In the fifth, four more runs scored before a two-run sixth inning homer by Jose Sermo wrapped up the mid-inning blitz.

A three-run fourth inning broke a 2-2 tie and the Railcats (9-8) beat the Dogs (10-7) by a 6-3 score on Friday night at Impact Field.  After a Thomas Walraven homer tied the game in the third for Gary SouthShore, Phil Caulfield delivered the go-ahead two-run triple in the fourth and later scored on a wild pitch.  Anfernee Grier had two run-scoring hits for Chicago.

John Silviano launched two home runs and Dylan Kelly added a solo shot of his own as the RedHawks (11-5) defeated the Cougars (8-8) by a 5-3 count on Friday night at Northwestern Medicine Field.  After Kane County’s Nick Zammarelli opened the scoring with a second inning solo homer, Silviano launched his first two-run homer in the fourth inning before repeating the feat to break a 2-2 tie in the eighth.  Kelly finished the scoring with a solo shot in the ninth.  Nick Santoro also homered for the Cougars.

Johnny Field broke a scoreless tie in the sixth with a double and later scored on a Jan Hernandez single, and the Monarchs (6-8) cruised to a 7-1 win over the Railroaders (7-9) on Friday night at The Depot at Cleburne Stadium.  Casey Gillaspie drove home two with a triple in the eighth for insurance for Kansas City before two wild pitches scored runs in the ninth.  Eric Stout pitched well for the Monarchs (6 IP, 3 H, ER, BB, 7 K) to earn the win.  Tyler Ryan homered for Cleburne.

Aaron Hill launched a two-run homer to cap a four-run third inning as the Milkmen (8-7) build a 9-2 lead before holding on late for a 9-7 win over the Goldeyes (5-10) on Friday night at The Ballpark at Jackson.  Adam Brett Walker II launched a two-run double in the fourth and later scored on a David Washington double to extend the lead to 7-2 before Christ Conley homered in the fifth for Milwaukee.