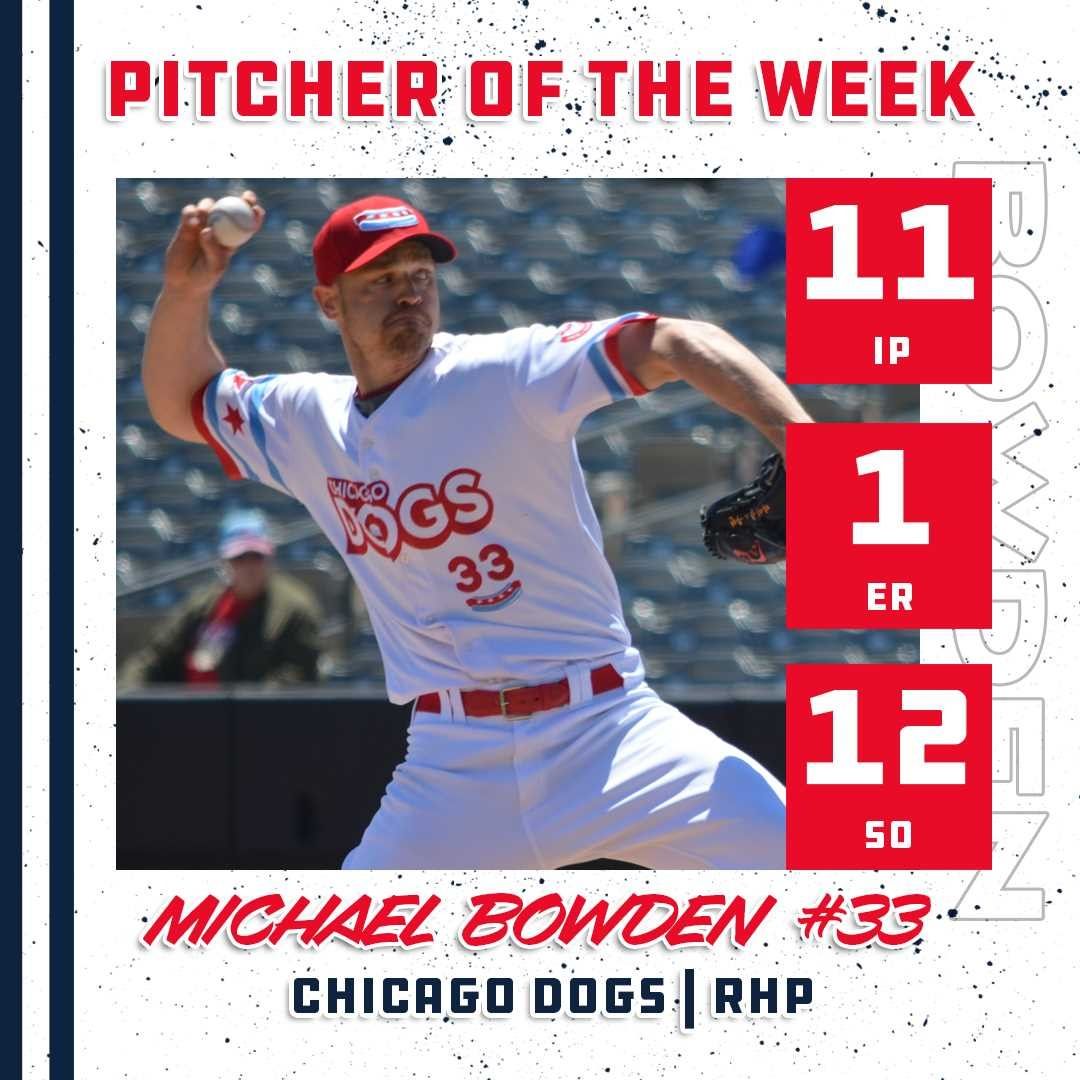 MOORHEAD, MN – OF Max Murphy of the Winnipeg Goldeyes and RHP Michael Bowden of the Chicago Dogs have been named the American Association’s Pointstreak Player and Pitcher of the Week for the week ending June 13, the league announced Monday.

Murphy was consistently excellent last week. His .579 batting average over five games ranked second in the Association, and his 1.758 OPS was far and away the best in the league over that stretch. He hit one home run and drove in six during the week, including a four-game stretch with at least one RBI from June 10 to June 12.

2021 is Murphy’s fourth season in the American Association, and eighth in professional baseball. A 9th-round draft pick by the Twins out of Bradley University in 2014, he made his Association debut with St. Paul in 2018. In 2019 he slashed .343/.406/.653 for the Saints in 50 games before having his contract transferred to the Twins organization, where he would be promoted to Triple-A Reno later that season. He returned to St. Paul for the pandemic-shortened 2020 campaign before heading to Winnipeg for 2021.

Bowden took the mound twice last week, earning two key wins for a Chicago squad that’s among the best in the league. On June 8, he tamed a powerful Sioux City lineup over six scoreless innings, allowing just one hit and one walk while striking out seven. He earned another W on June 13 at Milwaukee, throwing five innings of one-run ball with five strikeouts. Bowden’s 2.86 ERA in 2021 ranks sixth among league qualifiers.

Bowden is a former major leaguer with 103 appearances at the sport’s highest level. He made his MLB debut with the Boston Red Sox in 2008 and last played at the big-league level with the Chicago Cubs in 2013. A first-round draft pick by Boston in 2005, he owns a 4.51 career ERA in the majors. Other stops in his career include the Seibu Lions of Nippon Professional Baseball in Japan, the Doosan Bears of the Korea Baseball Organization, and most recently the High Point Rockers of the Atlantic League in 2019.