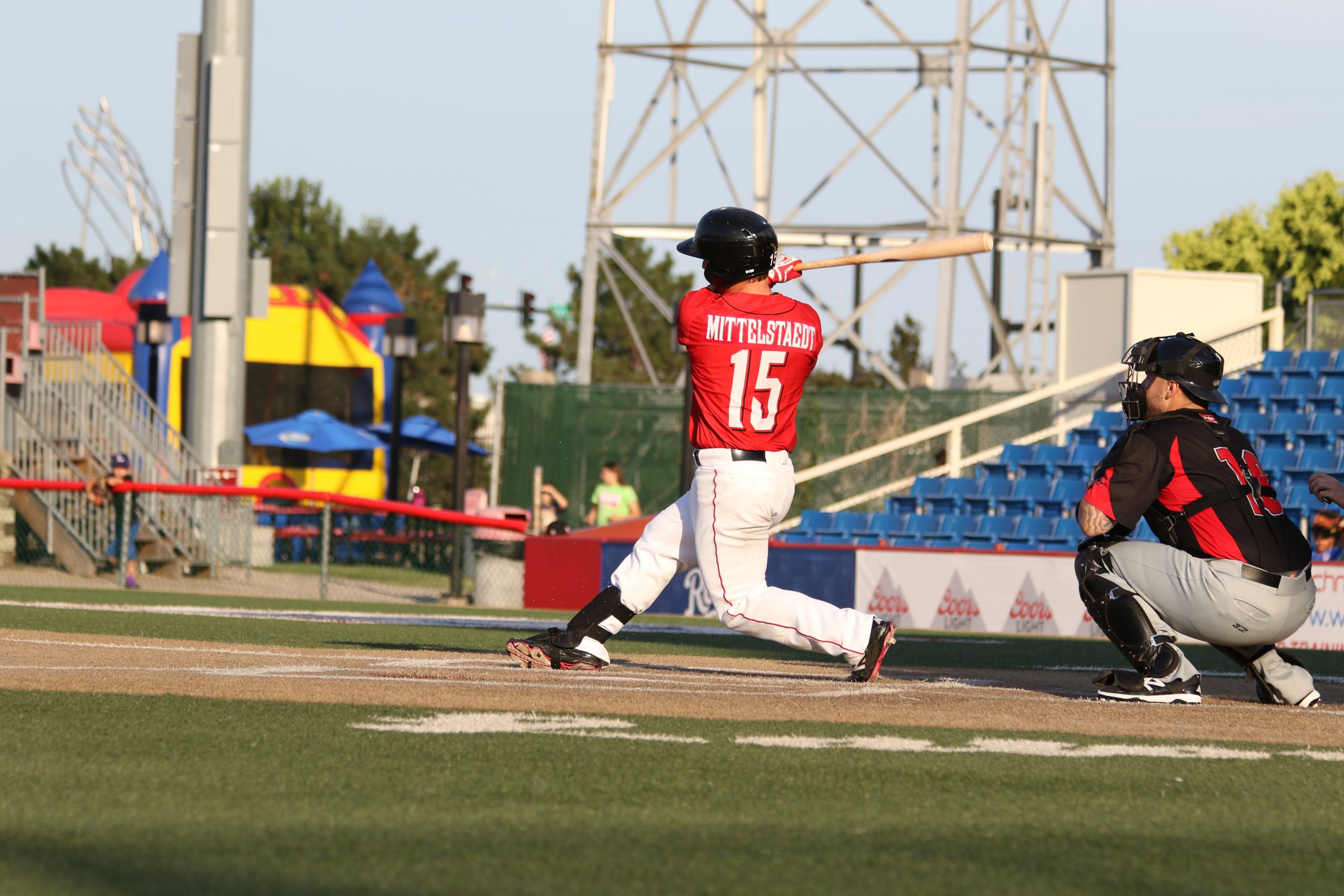 DURHAM, NC- The official statistician of the American Association, Pointstreak, has announced that Wichita Wingnuts INF T.J. Mittelstaedt (pictured) has been named this week’s Pointstreak Player of the Week for the week ending August 21.

Mittelstaedt went 12-for-24 (.500) over the past week, collecting a double, two triples, three home runs, two of which were inside-the-park home runs, and 10 RBI.

He began his week with a doubleheader on Tuesday against the Kansas City T-Bones. In game one, the Mission Viejo, Calif. resident recorded a 2-for-3 performance with a double, an inside-the-park home run, and two RBI in a 3-0 Wingnuts win. The nightcap was also kind to Mittelstaedt, as he recorded a 1-for-3 line with a triple and an RBI, though the Wingnuts fell 6-3. A day later, the Wingnuts edged the T-Bones 7-6, and Mittelstaedt contributed with a three-run inside-the-park home run in the fourth inning. He finished 1-for-4 in the game. Wichita won the series on Thursday with a 5-4 triumph. Again, Mittelstaedt was a key contributor, going 2-for-3 with a pair of RBI.

The weekend sent Wichita on the road to the Gary SouthShore RailCats. Mittelstaedt’s hot bat made the trip to Indiana as well. He finished 2-for-4 with a triple in a 4-1 loss Friday, then hit his third home run of the week as part of a 2-for-3 line in a 4-2 defeat on Saturday. Though Wichita was swept with a 14-5 loss on Sunday, Mittelstaedt was 2-for-4 with an RBI.

This is Mittelstaedt’s second season with the Wingnuts. He hit .258 with 21 doubles, three triples, 16 home runs and 65 RBI in 98 games. In 2014, he played with the Kansas City T-Bones, hitting .268 in 100 games. For four seasons prior, Mittelstaedt played in the Milwaukee Brewers system, reaching as high as the Class AA Huntsville Stars of the Southern League.

The Wingnuts open a road series at the St. Paul Saints tonight at 7:05 p.m. Central time. The series can be viewed live and for free at www.americanassociationbaseball.tv.