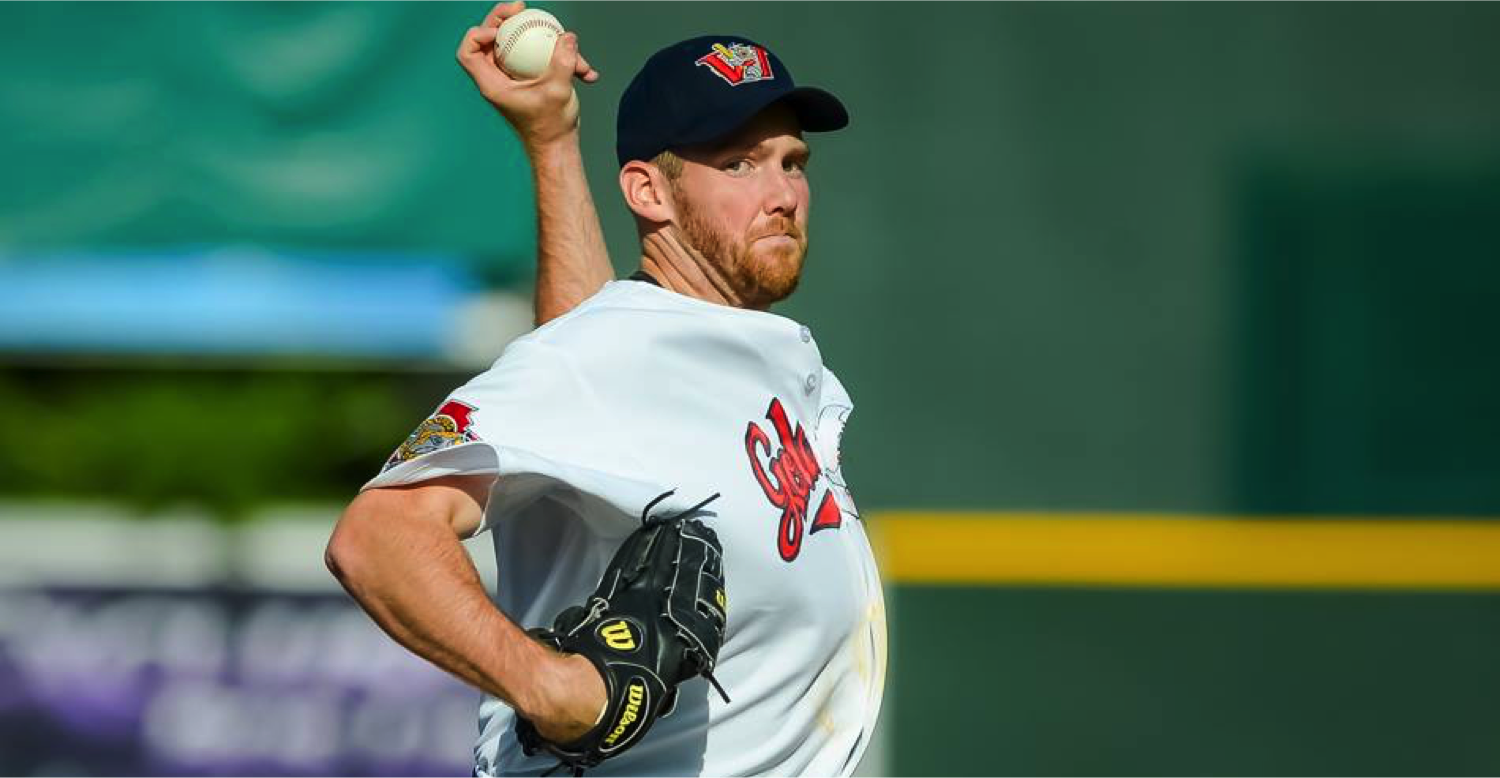 DURHAM, NC- The official statistician of the American Association, Pointstreak, has announced that Winnipeg Goldeyes LHP Kevin McGovern (pictured) has been named this week’s Pointstreak Pitcher of the Week for the week ending August 21.

McGovern made a pair of starts this week, winning both of them without allowing a run. On Wednesday, he took the mound against the St. Paul Saints, tossing seven shutout frames. McGvoern allowed just two hits and two walks, striking out six in a 4-0 Winnipeg win. Because the game was part of a doubleheader, the seven-inning outing was a complete game.

He returned to the bump on Sunday to face the Sioux City Explorers. Over seven innings, McGovern allowed one hit and walked two, striking out eight as the Goldeyes rolled to a 6-1 win.

The Goldeyes open a home series with the Fargo-Moorhead RedHawks on Monday at 7:00 p.m. Central time at Shaw Park in Winnipeg. The series can be viewed live and for free at www.americanassocationbaseball.tv.