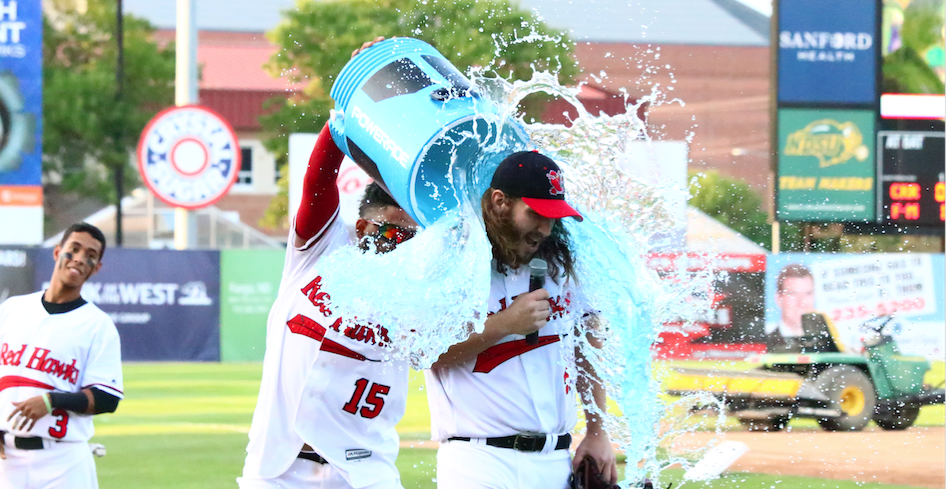 DURHAM, NC- The official statistician of the American Association, Pointstreak, has announced that Fargo-Moorhead RedHawks RHP Cody McPartland (pictured) has been named this week’s Pointstreak Pitcher of the Week for the week ending July 23.

McPartland was dominant in his lone start this week, tossing a complete game shutout on Saturday in a 4-0 home win over the Cleburne Railroaders. The Sound Beach, N.Y. native scattered four hits and struck out two in the win, which came in just his second start with the RedHawks.

The RedHawks are off until Thursday due to the American Association/Can-Am League All-Star game. The game can be seen at 6:00 p.m. Central time on Tuesday night at www.americanassociationbaseball.tv, live from Ottawa, Ontario. Fargo-Moorhead resumes their season on Thursday with a 7:00 p.m. Central time game at the Winnipeg Goldeyes. The series can be seen live and for free at www.americanassociationbaseball.tv.