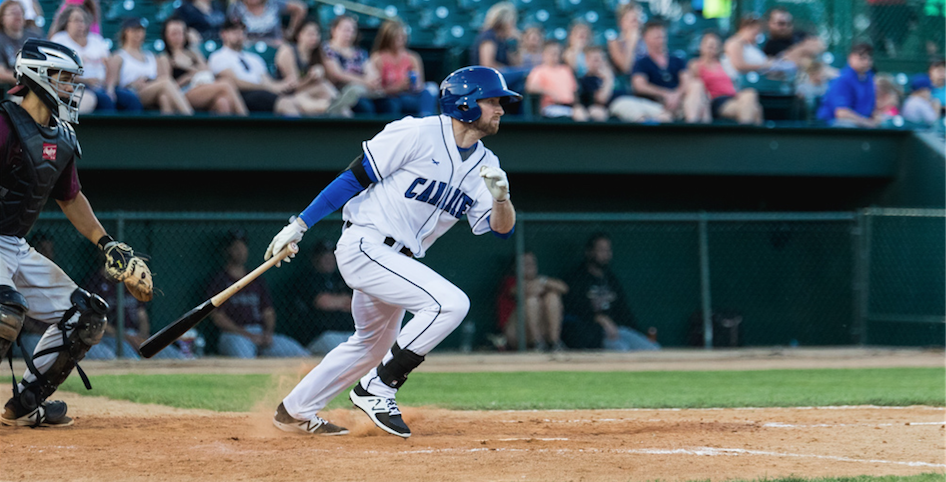 DURHAM, NC- The official statistician of the American Association, Pointstreak, has announced that Sioux Falls Canaries OF Ty Morrison (pictured) has been named this week’s Pointstreak Player of the Week for the week ending July 23.

Morrison is riding a 15-game hit streak for the Canaries, and put together a huge week this week. He hit .593 (16-for-27) this week, racking up two doubles, a home run, and six RBI.

The Canaries began their week with a three-game home series against the Fargo-Moorhead RedHawks. On Tuesday in the series opener, Morrison was 2-for-4 with a run scored. He followed that performance up with a 3-for-4 game on Wednesday, in which Morrison hit his lone home run of the week, driving in three runs and scoring two more. Morrison closed out the series 1-for-4 on Thursday.

Sioux Falls travelled south on Friday to meet the Texas AirHogs in a three-game road series. Morrison’s hot bat travelled as well, as he was 3-for-5 in the series opener, picking up an RBI and scoring three runs in a 9-6 win. Sioux Falls clinched the series victory with a 10-4 triumph on Saturday night, a game in which Morrison was 3-for-6 with a double, an RBI, and a run scored. He was 3-for-4 on Sunday, hitting a double and driving in a run in a 5-2 win which wrapped up a series sweep.

2017 marks Morrison’s first season with the Canaries. He spent 2015 and 2016 with the American Association’s Laredo Lemurs, hitting .270 over 93 games last season, and .366 in 55 contests in 2016. A resident of Port Charlotte, Fla., Morrison played for parts of seven seasons in the Tampa Bay Rays system before coming to the American Association. He played as high as the Class AA Montgomery (Ala.) Biscuits of the Southern League, with whom he played 119 games in 2012 and 2013.