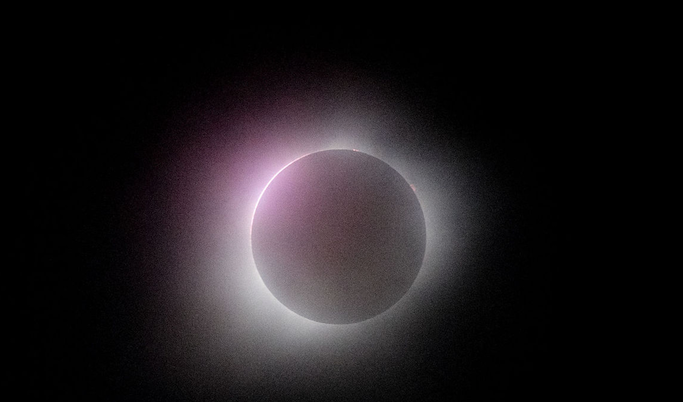 A crowd of nearly 7,000 witnessed the total solar eclipse at Haymarket Park on Monday afternoon, an event that interrupted Lincoln’s 8-5 win over Gary SouthShore for 26 minutes. With the RailCats up 3-0 in the third, totality came over Haymarket Park, bringing a halt to the action to witness the natural phenomenon.

When the game resumed, Lincoln scored all eight runs in the fifth inning. Six of the eight runs scored on long balls — a three-run homer for CF Joe Robbins, a two-run blast for RF Randolph Oduber, and a solo shot by 1B Nathaniel Maggio.

3B Christian Ibarra led Lincoln with three hits on the day. RHP Dmitri Kourtis tossed four scoreless innings in relief to take the win, and the save went to RHP Michael Wagner, who tossed a scoreless inning.

Gary SouthShore CF Chase Harris was 2-for-3 with a double and an RBI in the loss.