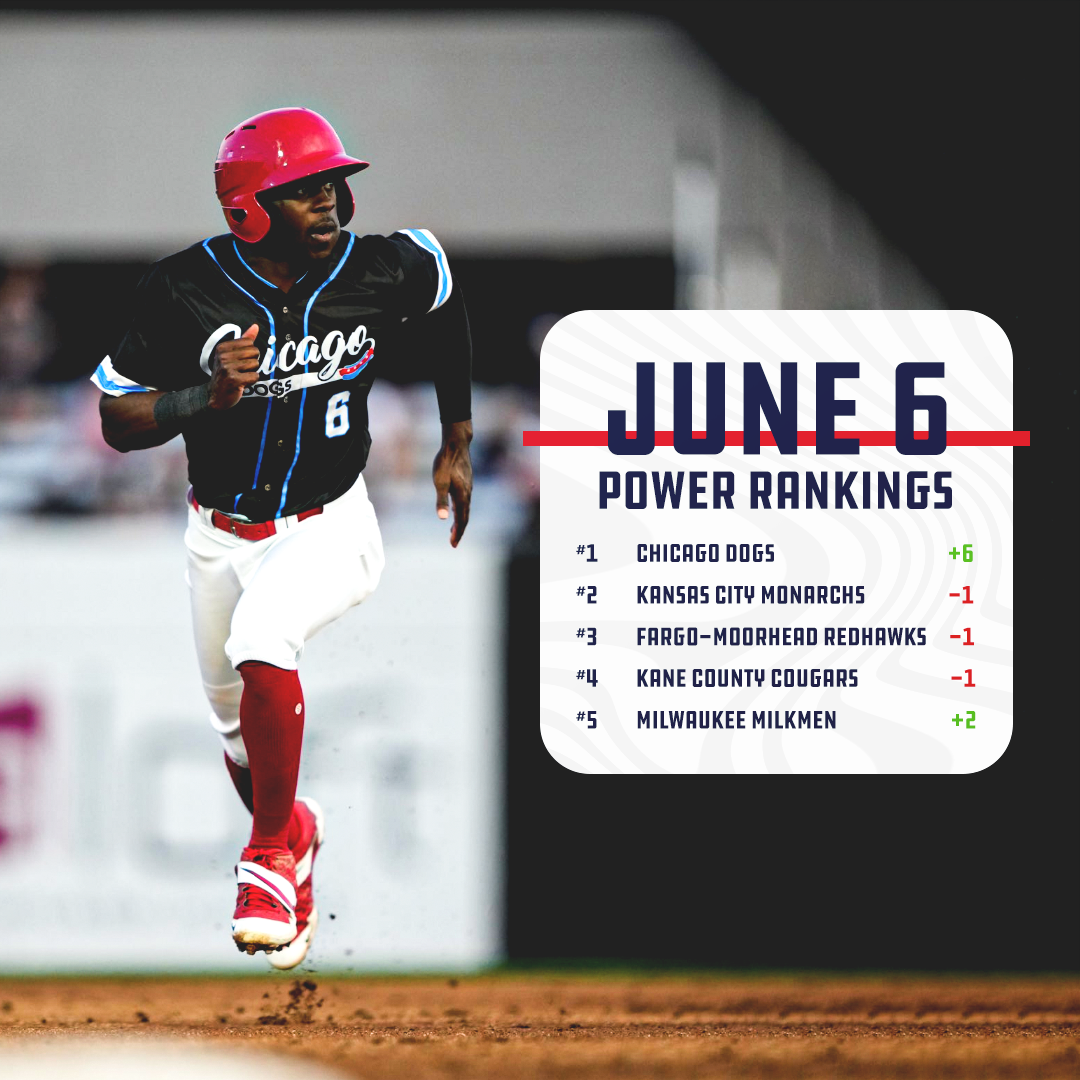 It’s not just the sport peppers that are hot in Rosemont. The Dogs have won eight straight games and 12 out of 13, a stretch dating all the way back to May 22. Returning All-Star catcher Ryan Lidge has led the offensive charge, hitting .343 on the season and .393 over his last 10 games. Chicago’s pitching has perhaps been more impressive lately. Over the Dogs’ last 10 games their staff has posted a 3.52 ERA (league average: 5.17) and struck out over a batter per inning. The Dogs head to Lincoln this week to play the Saltdogs, including an appearance on the Thursday Game of the Week live on Facebook at 7 p.m.

The Monarchs’ offense continues to bulldoze its way through the American Association, averaging over 12 runs per game over its last nine games.  Jan Hernandez has found his groove at the plate and then some, with eight homers in as many games and an eye-popping 1.300 OPS. Still, the Monarchs’ pitching staff might be even better. In what’s looked like a hitter’s league to start the year, Kansas City sports a 3.31 ERA, over a run better than the next-best staff. The Monarchs are back at home against Winnipeg for a midweek series before a blockbuster matchup at Chicago next weekend.

If American Association teams had frequent-flyer miles, the RedHawks would be in first place easily. 21 games into the season, the RedHawks have played at home just three times, all victories. Their latest road trip ended with a pair of series defeats, but this team is poised to do damage this week when they finally settle in for a lengthy homestand. Former big leaguer Rymer Liriano has been a major boost to Chris Coste’s lineup, hitting .375 with 7 RBIs in his first six games as a RedHawk

The Cougars entered the weekend tied for first place with Chicago atop the East division, and left with three tight losses at Impact Field. Don’t let that fool you about this Cougars team, which is a bona fide division title contender. The Cougars rank second in the Association with an .832 OPS, behind only Kansas City and 31 points ahead of third-place Winnipeg. They’ll return to Geneva this week and look to get back to their winning ways against a resurgent Sioux City team.

The Milkmen have one of the best duos in the Association in Myles Smith and Keon Barnum. Smith, the Association’s Starting Pitcher of the Year in 2021, has put up a 2.25 ERA in five starts this year, including a complete-game shutout. Barnum, meanwhile, is tied for the Association lead with nine home runs. On top of that, star catcher Dylan Kelly is hitting an Association-best .406 on the season, and earned Player of the Week honors last week.