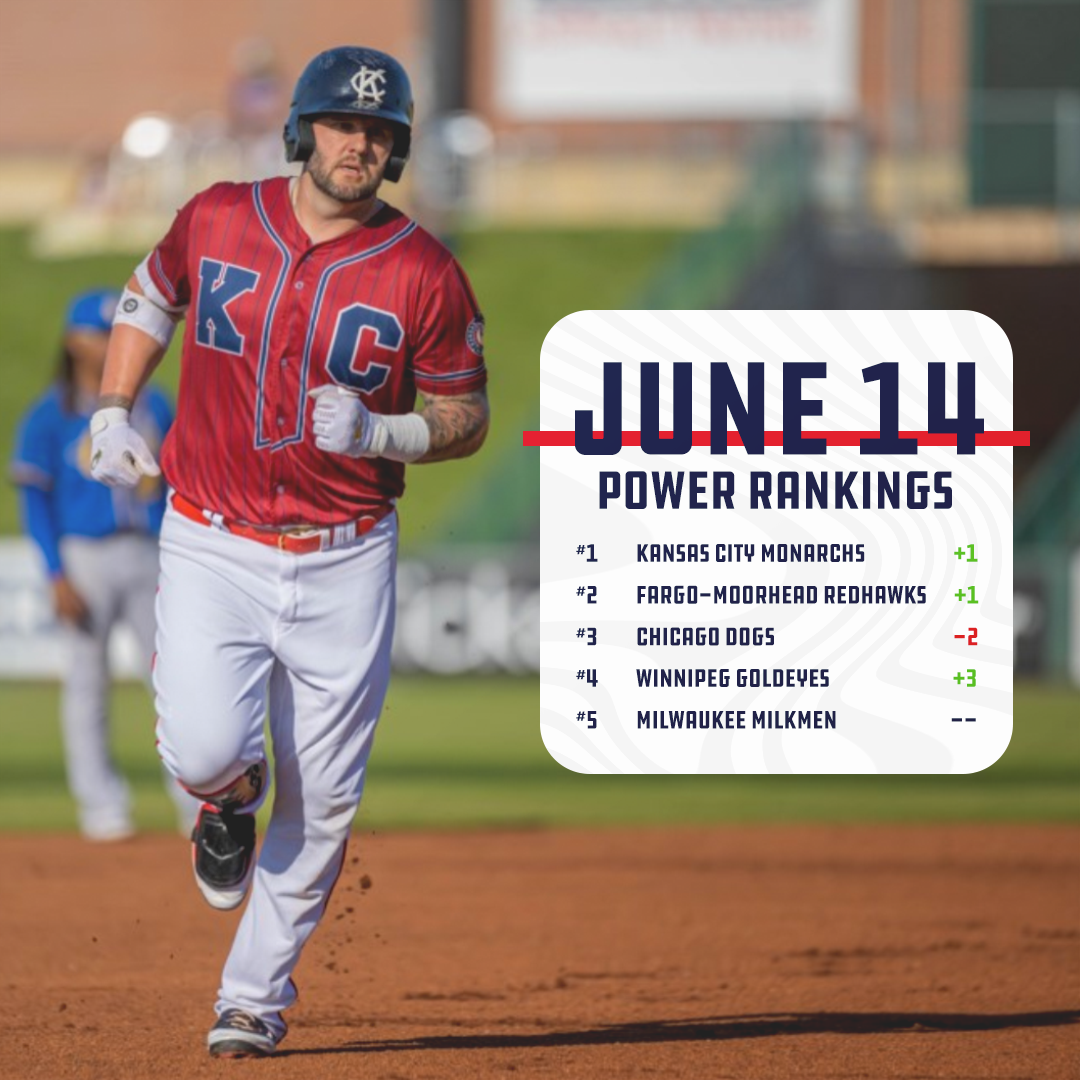 It was billed as the biggest showdown of the season to date. The Monarchs, reigning champions and top team in the West, were headed to Impact Field to face a first-place Chicago Dogs side that had won 10 out of 11. The result was as decisive as it gets. Three wins, all by seven runs or more, with a combined score of 29-5. The offensive performance was impressive, but the pitching performance was arguably more remarkable given the potency of Chicago’s lineup and the hitter-friendly environment. The Monarchs’ ERA sits at just 3.02 on the season, bucking the trend in a hitter-friendly league.

Who says you can’t go home? After a grueling start to the season that saw 18 of their first 21 games played away from Newman Outdoor Field, the RedHawks are now in the midst of a nine-game homestand. They kicked it off with a pair of series wins over Sioux Falls and Lake Country, with the team’s power hitters relishing the environment. Drew Ward rode his way to Batter of the Week honors with a staggering 1.779 OPS; he’s hitting .378 on the year with 10 home runs. Veteran slugger John Silviano has eight longballs and 25 RBIs on the season.

Chicago took a punch in the mouth over the weekend, taking three losses against the surging Monarchs. Still, they’d built up a cushion in the Eeast Ddivision standings that still leaves them with a solid hold on first place. Former big leaguer Charlie Tilson has been dependable at the top of the Dogs lineup, reaching base in all 27 games this season. One key weapon for the Dogs has been in the running game: Butch Hobson’s team has stolen an Association-best 44 bases this season, and has only been caught five times.

I’ll say it now: Keep an eye on the club north of the border. Winnipeg has been on a tear since the start of June, going 9-3 against a tough schedule that included the Monarchs, Cougars and Saltdogs. The Goldeyes’ pitching staff has a 3.15 ERA this month, well clear of the league average, and Rick Forney’s hitters have put together a solid .852 OPS over that time. The Goldeyes rank third in the Association in both categories over the season so far.

The Milkmen didn’t spoil in the Texas heat last week. Anthony Barone’s team took four out of six from the Railroaders in Cleburne, including an 8-2 win on Sunday that saw Will Kengor go deep twice. Kengor’s been hot at the plate, hitting .364 over the week in Cleburne. Ace of staff Myles Smith continues to impress on the mound, and Jose Espada has shined as well. The righty threw seven shutout innings in a 13-1 win on June 10, allowing just two baserunners and striking out nine.