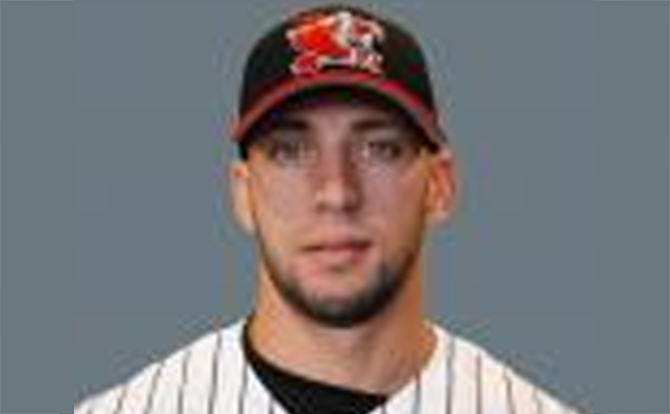 With Fargo-Moorhead leading Sioux Falls 5-4 in the sixth, RedHawks DH Jose G. Garcia (pictured) made a gutsy decision. Garcia took his lead off of third, watched his teammate swing through a pitch and then broke for home on the throw back to the mound. Garcia’s risk paid off, as he scored what turned out to be the winning run in a 6-5 RedHawks victory. Garcia had also given Fargo-Moorhead the lead earlier in the inning, when SS Zach Penprase came home on Garcia’s RBI single.

Penprase was another key cog for the RedHawks’ offense this afternoon. He finished the day at 3-for-5 with a double an RBI and two runs scored. Along with Penprase, RF Tim Alberts contributed a run with the game’s only home run. The solo shot was Alberts’ fifth long ball of the season.

AirHogs LF Aaron King’s three-run home run in the bottom of the seventh broke a 4-4 tie and propelled Grand Prairie to a 7-5 win over Kansas City. Grand Prairie took an early 4-0 lead, thanks in part to solo home runs by DH Brian Myrow and 3B Juan M. Richardson in the first. However, the T-Bones came back with a four-run fourth to knot the score. That score held until King’s second home run of the season put the AirHogs back on top for good. Kansas City plated a run in the ninth and brought the tying run to the plate, but LHP Justin Dowdy shut the door on the T-Bones’ rally for his second save of the season.