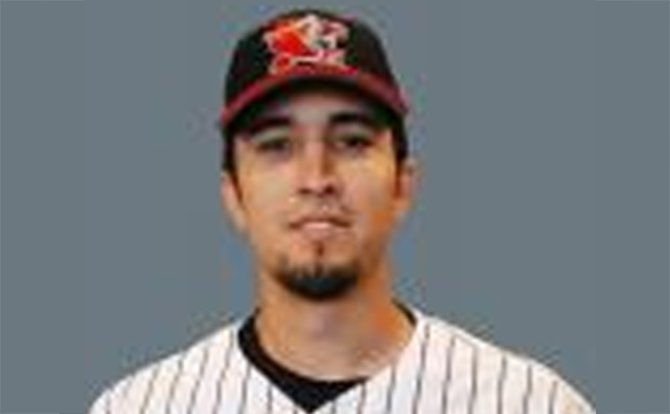 Gary SouthShore 4, Sioux City 3 – Box
Gary SouthShore led throughout the entire game, until the Sioux City Explorers tied it 3-3 after a three-run seventh inning. The RailCats weren’t about to let the win get away from them, and an Adam Klein (LF) RBI single in the next inning reclaimed a lead that they would keep for the rest of the game.

Klein lead the RailCats with two hits, including a double and two RBIs. 2B Chase Tucker went 1-1 with two walks and two runs scored.

Caldera only allowed two hits in his outing while striking out six batters and walking just one. Caldera has pitched well in his last two outings for the RedHawks and has 19 strikeouts in 18.2 innings so far this season.

The RedHawks managed 14 hits against the Canaries with SS Zach Penprase and C Todd Jennings combining to go 6-for-9 with two doubles, four RBIs, and two runs scored.

Wichita 13, Amarillo 2 – Box
Wichita jumped on the board with six runs in the first inning and never looked back in their 13-2 win against the Amarillo Sox. The Wingnuts ended the night with 16 hits, with five separate batters recorded multi-hit nights.

1B CJ Ziegler in particular had a good night, going 3-for-4 with a home run, two RBI, and three runs scored. The pitching and defense was just as good for Wichita, who limited the Sox to just four hits. Wingnuts starting pitcher Jon Link threw eight innings and only allowed two runs. He gave up just four hits while striking out three batters and walking two.

Winnipeg 4, Laredo 1 – Box
The Lemurs weren’t able to do much off of the Winnipeg pitching staff, managing just five hits in their 4-1 loss to the Goldeyes. Starting pitcher Matthew Rusch led the way for his team, throwing six innings while giving up just one run on four hits. He struck out two batters and walked two batters to get his third win of the season, moving to a perfect 3-0 record.

Chris Kissock, Brendan Lafferty, and Patrick Keating each threw shutout innings in relief. They combined to strike out six batters and allow just one hit. Keating would pick up the save.

RF Josh Mazzola also had a good night, going 3-for-3 at the plate, driving in one run, scoring another, and tacking on a walk for good measure.

El Paso 1, Lincoln 0 (Suspended – Bottom 4th)
The game between the El Paso Diablos and the Lincoln Saltdogs has been suspended due to rain with El Paso ahead 1-0 in the bottom of the fourth inning.