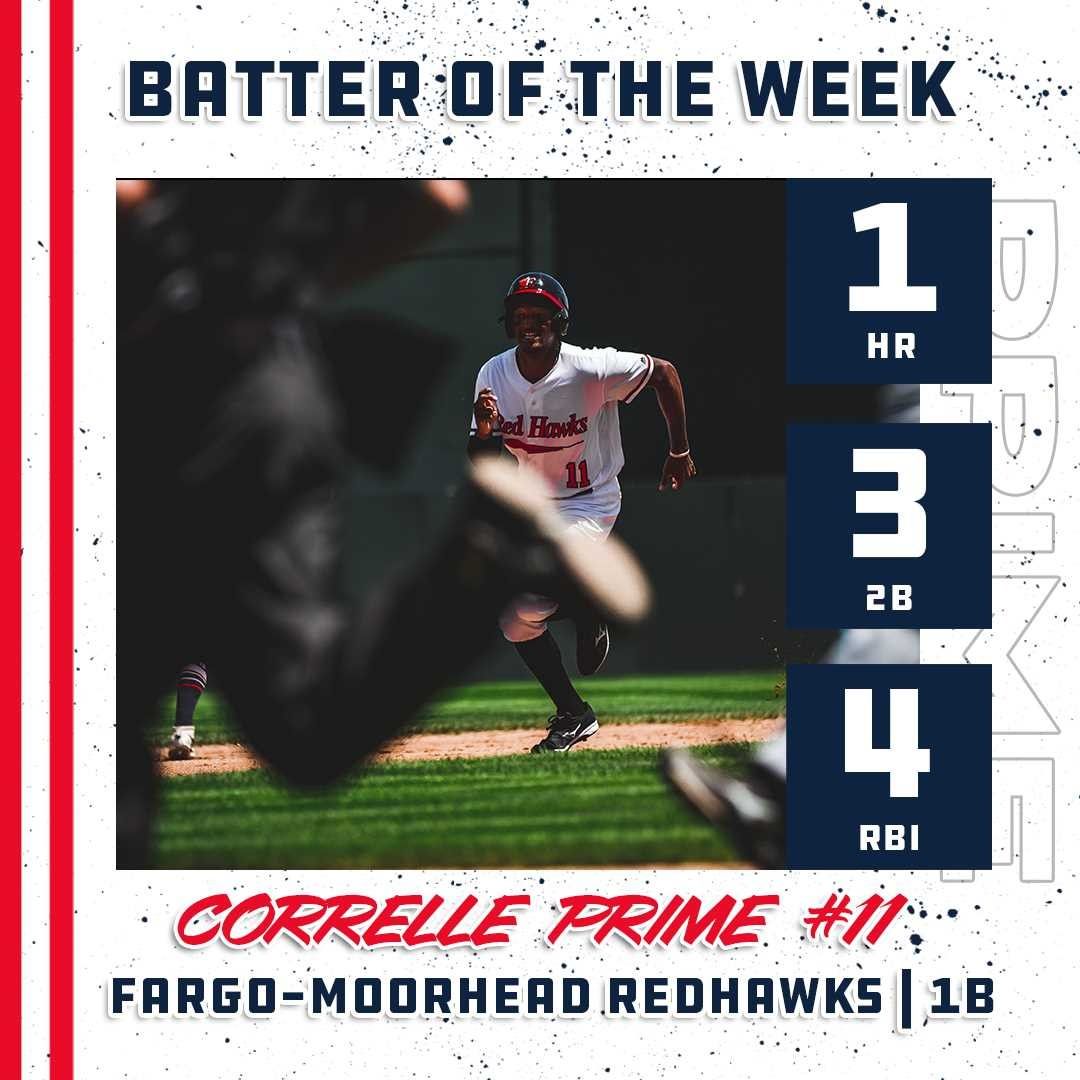 MOORHEAD, MN – The American Association of Professional Baseball has selected 1B Correlle Prime of the Fargo-Moorhead RedHawks and RHP Michael Mariot of the Cleburne Railroaders as the league’s Pointstreak Player and Pitcher of the Week for the week ending May 30.

Prime was on a tear in Week 2, hitting a league-best .522 in six games with three doubles, one home run and four RBIs. He also recorded a 1.343 OPS in the six-game stretch, third-best in the league among hitters with at least 20 plate appearances.

A native of Bradenton, Florida, Prime is in his third season with the RedHawks and fourth in the American Association. A 12th-round draft pick by the Colorado Rockies in 2012, he spent time in the Rockies’ and Texas Rangers’ farm systems before signing with the Texas AirHogs in 2018. He hit .335 in 2020 for Fargo-Moorhead, missing out on the league batting title by a fraction of a percent.

Prime is already the second RedHawk to receive a weekly honor this season. Lefty Kevin McGovern was named 2021’s first Pointstreak Pitcher of the Week on May 24.

Mariot turned in two impressive performances in Week 2, allowing just one run on six hits in 13 innings of work. He threw 6.1 no-hit innings to begin his start on May 25 at Lincoln, setting a Railroaders record for longest no-hit bid. He would earn the win that night, allowing one run on one hit in seven innings. Mariot followed that performance up with six shutout innings in Cleburne’s 7-0 win at Kansas City on May 30.

Mariot is a former major leaguer who suited up for the Kansas City Royals and Philadelphia Phillies from 2014 to 2016. He has appeared in 44 major-league games. An eighth-round draft pick by the Royals out of the University of Nebraska – Lincoln, 2021 is Mariot’s first year in the American Association.