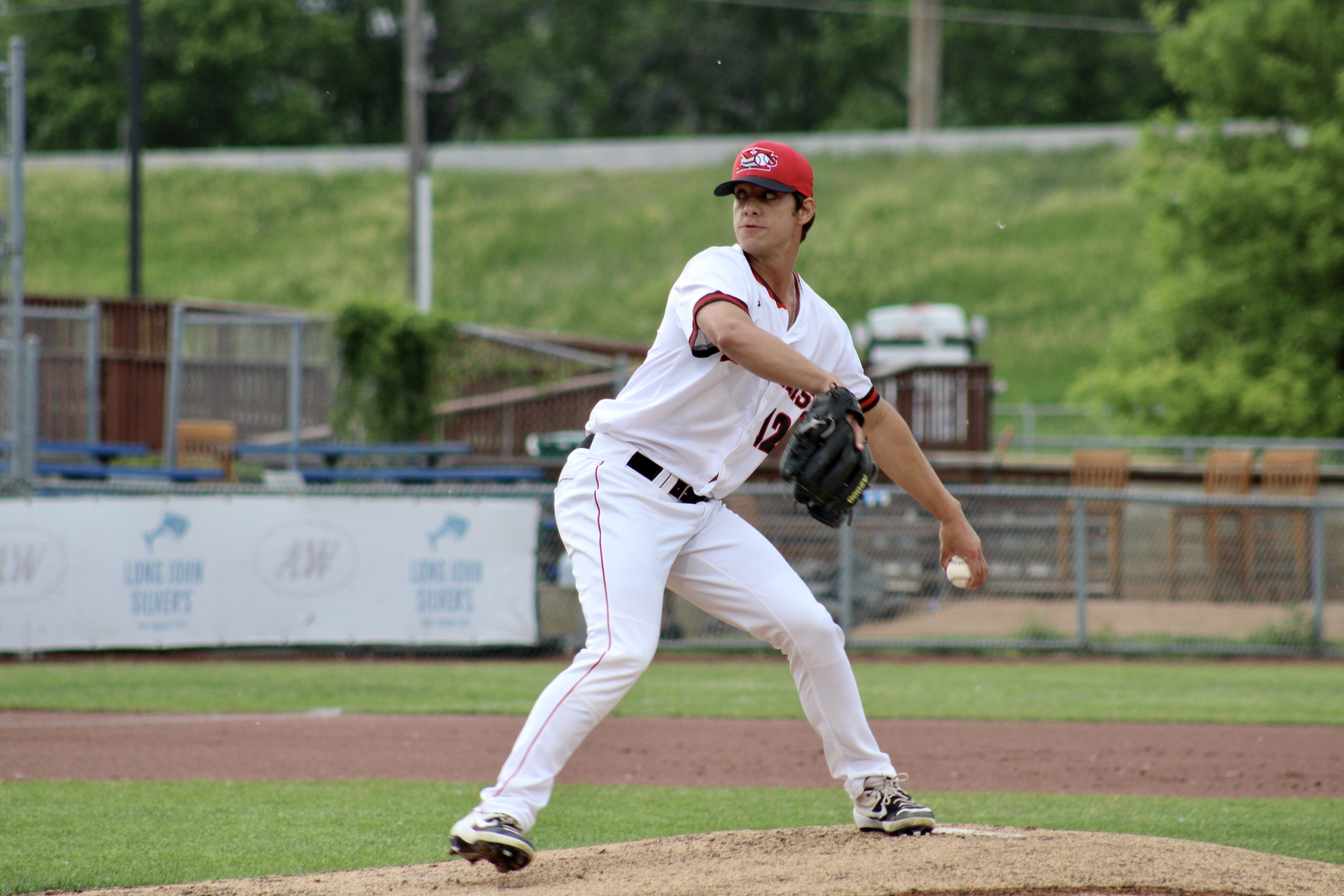 The Fargo-Moorhead RedHawks (20-9) handled the Cleburne Railroaders (6-23) 10-4 on Wednesday night. The RedHawks are on a four-game winning streak and will look to sweep the Railroaders tomorrow.

RF John Silviano notched his ninth home run of the year with a two-run bomb in the second. After a sacrifice fly from C Christian Correa, the RedHawks led 3-0 after two innings. Fargo-Moorhead didn’t stop there. 3B Leobaldo Pina roped a two-run home run in the third to give the RedHawks a 5-0 lead. He finished his night a perfect 5-5 from the plate with a double and a home run.

An RBI by C Hector Sanchez got the Railroaders on the scoreboard in the fourth, but Correa drove in another run on a sacrifice fly to right field to extend the RedHawks lead 6-1. DH Cesar Trejo’s RBI double in the fifth inning gave Cleburne another run as they trailed 6-2.

The RedHawks started to pull away after a three-run seventh inning. Both teams scored a run apiece in the eighth, making the score 10-3 after eight innings of play. Cleburne scored one more run in the top half of the ninth, but it wasn’t enough as they fell 10-4.

Starting pitcher David Feldman earned the win for the RedHawks. He struck out seven hitters and allowed two runs through six innings of work.

The DockHounds broke the tie after SS Gabriel Noriega’s RBI single in the first inning. The Saltdogs got a pair of two-out RBIs from SS J.R. DiSarcina and C Skyler Weber to take a 2-1 lead in the second.

The Saltdogs scored three runs in the seventh inning to give the DockHounds a 6-5 lead. However, the team committed three errors behind relief pitcher Jonathan Cheshire and allowed seven unearned runs in the 8th inning.

Lincoln scored three more runs in their bottom half of the eighth to trail 12-9, but couldn’t bring any across in the ninth, ending their four game winning streak. CF Hunter Clanin’s 8th-inning double extended his on-base streak to 24 – the longest for a Saltdog this season.

The Kansas City Monarchs (20-9) lost back to back nights against the Sioux City Explorers (13-15). A walk-off game winning RBI courtesy of 3B Blake Tiberi in the tenth inning gave the Explorers a 7-6 win over the Monarchs Wednesday night. Tiberi finished the night 3-4 with two RBIs. Four of Kansas City’s nine losses this season are against Sioux City.

After a game one loss to the Explorers, the Monarchs came out strong in game two, scoring a pair of runs in the top of the first to get out to an early lead. Sioux City responded with a run of their own in the bottom half of the inning, courtesy of an Ademar Rifaela single that scored CF Chase Harris. After the Monarchs added another run in the second on a solo-home run from 1B Casey Gillaspie, Rifaela tied the game at three in the bottom of the third with his first home run in an Explorers uniform.

Kansas City scored three runs combined in the sixth and seventh innings to take a 6-3 lead, but Sioux City matched with three of their own in the eighth to force extras.

Kansas City had the bases loaded with one out in the top of the tenth, but couldn’t cash in a run.

In the bottom of the tenth, RF Trey Martin scored the walk off run to give Sioux City their second series win over Kansas City this season 7-6.

The GarySouthshore Railcats (15-16) defeated the Sioux Falls Canaries (8-22) in a relatively close game all the way through.

LF Jesus Marriaga has become a workhorse for the Railcats and smacked in a solo HR in the top of the 3rd. Alex Olund cracked a double in the 4th to score another run and Marriaga hit another run in on a triple.

The rest of the game was a defensive battle as the Railcats clinched the series win.

Kane County jumped out to a 4-0 lead in the top of the first.  Ernie de la Trinidad led off the game with a walk and took third on a double to left-center from Sherman Johnson.  Cornelius Randolph singled home both runners on a groundball through the right side, and was followed by a two-run home run to left-centre from Jimmy Kerrigan.

In the top of the second, de la Trinidad doubled to left-centre and was singled home by Johnson.

The Goldeyes chipped away in the bottom of the third.  Kevin Lachance singled through the right side leading off, and scored on a double to left-center from Raul Navarro.  After Navarro stole third base, Max Murphy doubled to left-center to pull Winnipeg within 5-2.

Josh Rolette singled home de la Trinidad in the top of the ninth inning to provide the game’s final margin.

Alex Manasa (1-2) started for the Goldeyes and took the loss, allowing four earned runs on four hits in one inning.  Manasa walked one and struck out none.

Travis Seabrooke and Erasmo Pinales each worked a scoreless inning of relief for the Goldeyes.

Mason Davis had himself a night on a way to an unfortunate loss to the Chicago Dogs. The Chicago Dogs (18-11) have been rolling recently and defeated the Milwaukee Milkmen (16-13) on a beautiful night in Eastern Wisconsin.

The Dogs went on to score three more runs in the 5th off the bats of Ryan Lidge and Danny Mars.

Also in the 5th the Milkmen’s Aaron Hill scored on an unearned run and Davis his an RBI single before being caught stealing to wrap up scoring for the Milkmen on the game.