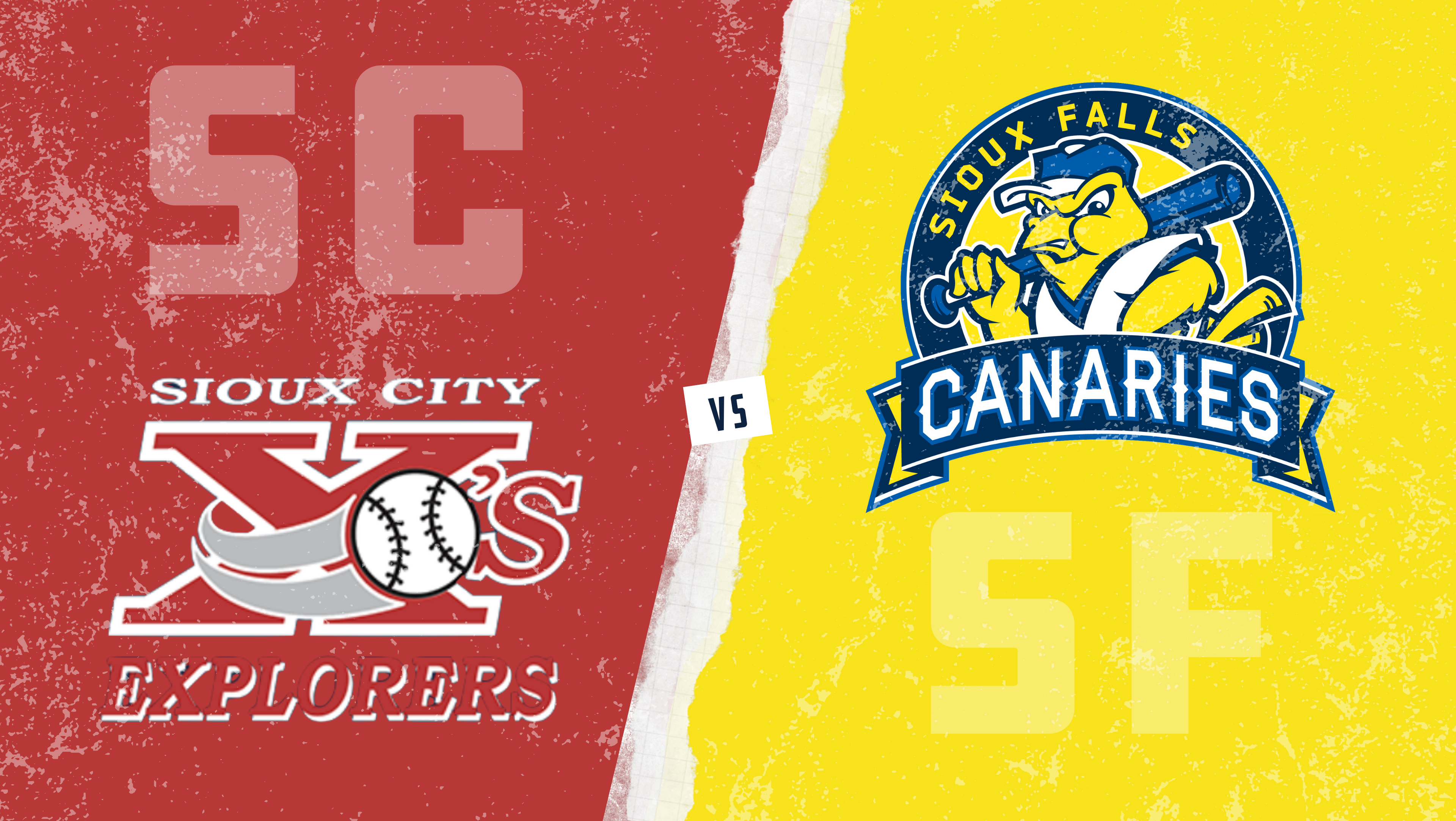 The Sioux City Explorers (41-45) took game one of their Monday doubleheader with the Sioux Falls Canaries 8-2.

The Explorers took control of the contest in the top of the first inning as DH Ademar Rifaela (3-for-4) hit an RBI single and CF Chase Harris (2-for-4) hit a three-run home run in the next at-bat. C Jack Kelly added a solo shot in the second, Harris tacked on an RBI double in the third and RF Danry Vasquez hit an RBI single in the fourth. Harris pushed one more run across in the seventh with an RBI bounce out.

The Canaries found the scoreboard in the fifth with an RBI single from DH Jabari Henry and 1B Trey Michalczewski hit a lead-off homer in the sixth but those would be their only runs of the game.

Starting pitcher Patrick Ledet earned the win as he worked 5.2 innings and allowed two runs on five hits while striking out seven batters.

The Sioux Falls Canaries (41-46) split their doubleheader with the Sioux City Explorers thanks to a three-hit shut-out in a 1-0 win in game two.

Canaries starting pitcher Stevie Ledesma went six innings and gave up just three hits and struck out seven. Reliever Mitchell Walters earned the save by shutting the door in the seventh with three strikeouts.

The game’s lone run came in the top of the fourth inning when 3B Gavin LaValley hit a lead-off home run.

The Winnipeg Goldeyes (48-39) held off a late push from the Kansas City Monarchs to take the opening game of the series 7-5.

The Goldeyes took the lead in the top of the first when 3B Ian Sagdal (2-for-4) scored on a wild pitch. Winnipeg added four more runs in the third as Sagdal hit a two-run homer and 1B David Washington (2-for-5) did the same two batters later. In the fourth, CF Reggie Pruitt Jr. (2-for-4) singled home C Deon Stafford Jr. (2-for-4), and then scored on a sac fly from Sagdal later in the frame.

The Lake Country DockHounds (32-56) scored nine unanswered runs to take game one of their series with the Milwaukee Milkmen 9-2.

After giving up two runs in the top of the first the DockHounds responded with two of their own in the home half of the inning and two more in the third. The DockHounds put things out of reach in the fourth as 3B T.J. Bennett (2-for-3) doubled home three runs and LF Jake Snider (2-for-3, 4 RBIs) hit a two-run homer.

2B Jordan Schaffer and C Daniel Martins-Molinari each added a pair of hits for Lake Country. For the Milkmen, CF Bryan Torres and 3B Logan Trowbridge each scored a run.