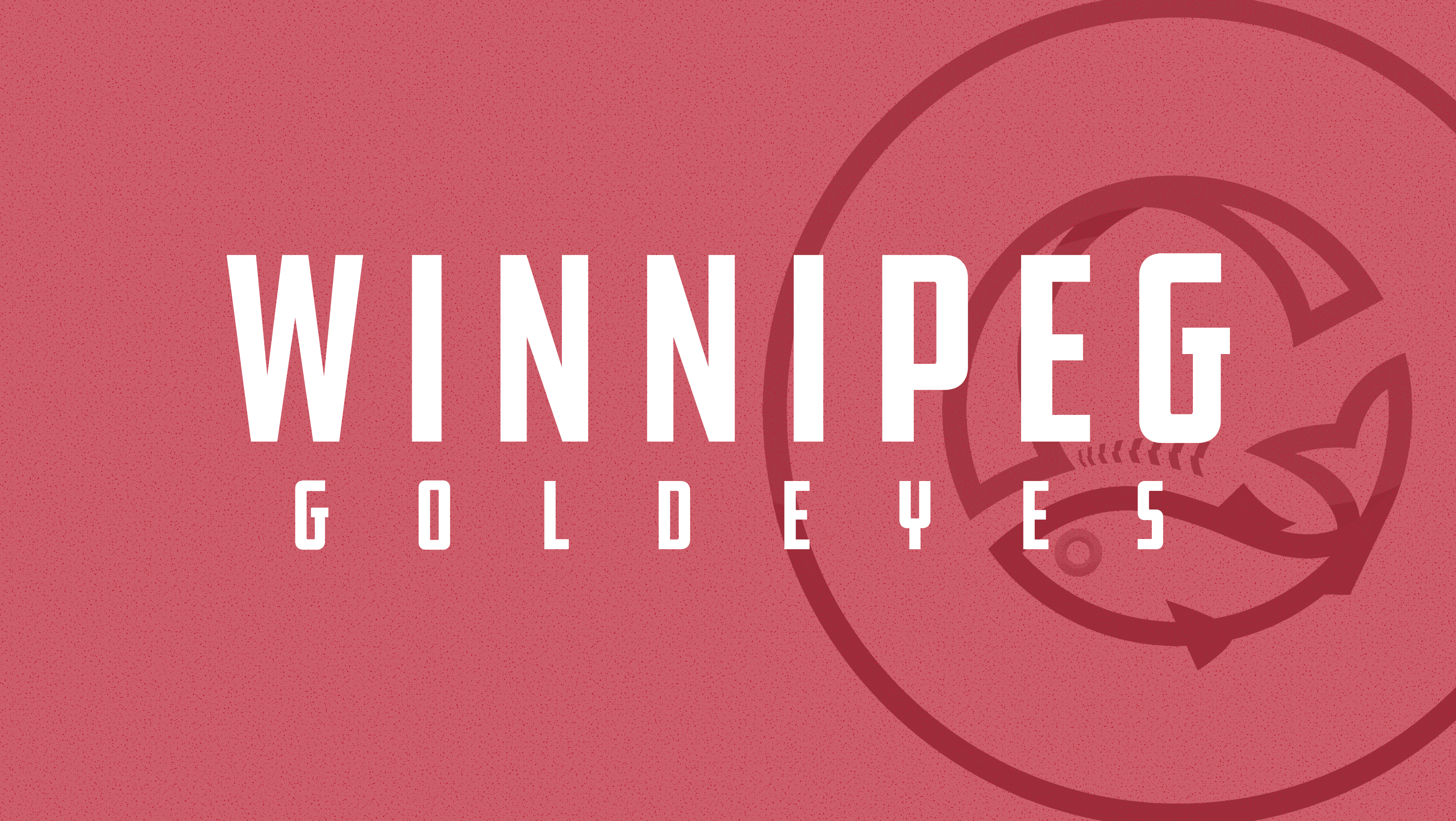 The Winnipeg Goldeyes (49-39) cut short a ninth-inning rally to hold on to a 7-5 win against the Kansas City Monarchs on Tuesday evening.

The Goldeyes claimed control of the contest in the top of the second inning as 2B Kevin Lachance and SS Raul Navarro each hit two-run home runs and RF Max Murphy (3-for-4) singled home 3B Ian Sagdal (2-for-4). Those homers give the Goldeyes 124 on the year, breaking their franchise record set in 1998.

Murphy added an RBI sac fly in the fourth and he scored the final run of the day for the Goldeyes in the ninth on a sac fly from LF Jacob Rhinesmith.

The Monarchs entered the bottom of the ninth trailing by four runs but rallied to cut that lead in half with RBIs from C Alexis Olmeda and 3B Darnell Sweeney (2-for-5).  Reliever Tasker Strobel struck out the final two batters of the game, stranding the tying run on first base.

The Cleburne Railroaders (40-48) took game one of their doubleheader with the Chicago Dogs thanks to a two-hitter from starting pitcher Kevin Hilton.

Hilton threw all seven innings and allowed just three base runners with two hits and a walk. He struck out seven batters as he improved to 9-3 on the year. Offensively for the Railroaders, LF Chuck Taylor hit a two-RBI single in the top of the third. SS Nick Shumpert went 1-for-2 and scored alongside C Mitch Ghelfi on Taylor’s base knock.

RF Charlie Tilson and C Ryan Lidge each had one hit for the Dogs.

After being shut out in game one, the Chicago Dogs returned the favor in game two to claim a 4-0 win against the Cleburne Railroaders and split the twin bill.

The Dogs took the lead in the bottom of the third inning when DH K.C. Hobson hit a two-run homer that also plated LF Michael Crouse. In the next frame, RF Anfernee Grier drew a lead-off walk and SS Connor Kopach added his own two-run shot on the next pitch.

For the Railroaders, four different batters each had one hit, including LF Chuck Taylor, who also drew a walk in the game.

For the Milkmen, 2B Miguel Gomez went 2-for-5 with a homer and two runs scored and C Hector Sanchez hit a ninth-inning grand slam.

The Cougars moved in front in the bottom of the first inning as 2B Sherman Johnson (3-for-3) scored on a sac fly from CF Jimmy Kerrigan. In the third, LF Cornelius Randolph (3-for-5) singled home RF Ernie De La Trinidad and DH Dylan Busby (2-for-4) lifted a sac fly to score Johnson and give Kane County a 3-0 lead.

The Saltdogs tied the score in the top of the sixth as CF Hunter Clanin hit a two-run homer and C Luke Roskam (3-for-4) scored after a single from SS Rayder Ascanio (3-for-6). Lincoln claimed the lead in the eighth as Ascanio added an RBI single and scored alongside LF Justin Byrd when 1B Jason Rogers singled. 2B Josh Altmann also added an RBI sac fly.

The Fargo-Moorhead RedHawks (59-29) scored 10 runs in their final three frames to top the Gary SouthShore RailCats 10-6.

The RedHawks came into the bottom of the eighth inning trailing 6-3 but sent 11 batters to the plate and scored seven runs on five hits. 1B Drew Ward (2-for-4) scored the first run of the rally on a sac fly from RF John Silviano and SS Sam Dexter followed with an RBI single in the next at-bat. 2B Peter Maris drew a bases loaded walk later in the frame to take the lead.

1B/C Manuel Boscan (2-for-5) hit a three-RBI double and then scored when Ward singled and took third on an error.

For the RailCats, both RF LG Castillo and CF Jesus Marriaga had two hits and two RBIs.

The Sioux City Explorers held their place in the final playoff spot in the West with a 6-1 win against the Sioux Falls Canaries in game three of their series.

The Explorers took the lead as 3B Blake Tiberi hit a three-run double in the top of the second. In the third, Sioux City doubled that lead as RF Danry Vasquez hit a lead-off homer and DH Ademar Rifaela (2-for-4) hit a two-run shot two batters later. The Canaries’ lone run came in the seventh when C Shamoy Christopher doubled home RF Connor Blair.

On the bump, starting pitcher Kevin McCanna went 6.2 innings and allowed one run on three hits while striking out eight batters in the winning effort.