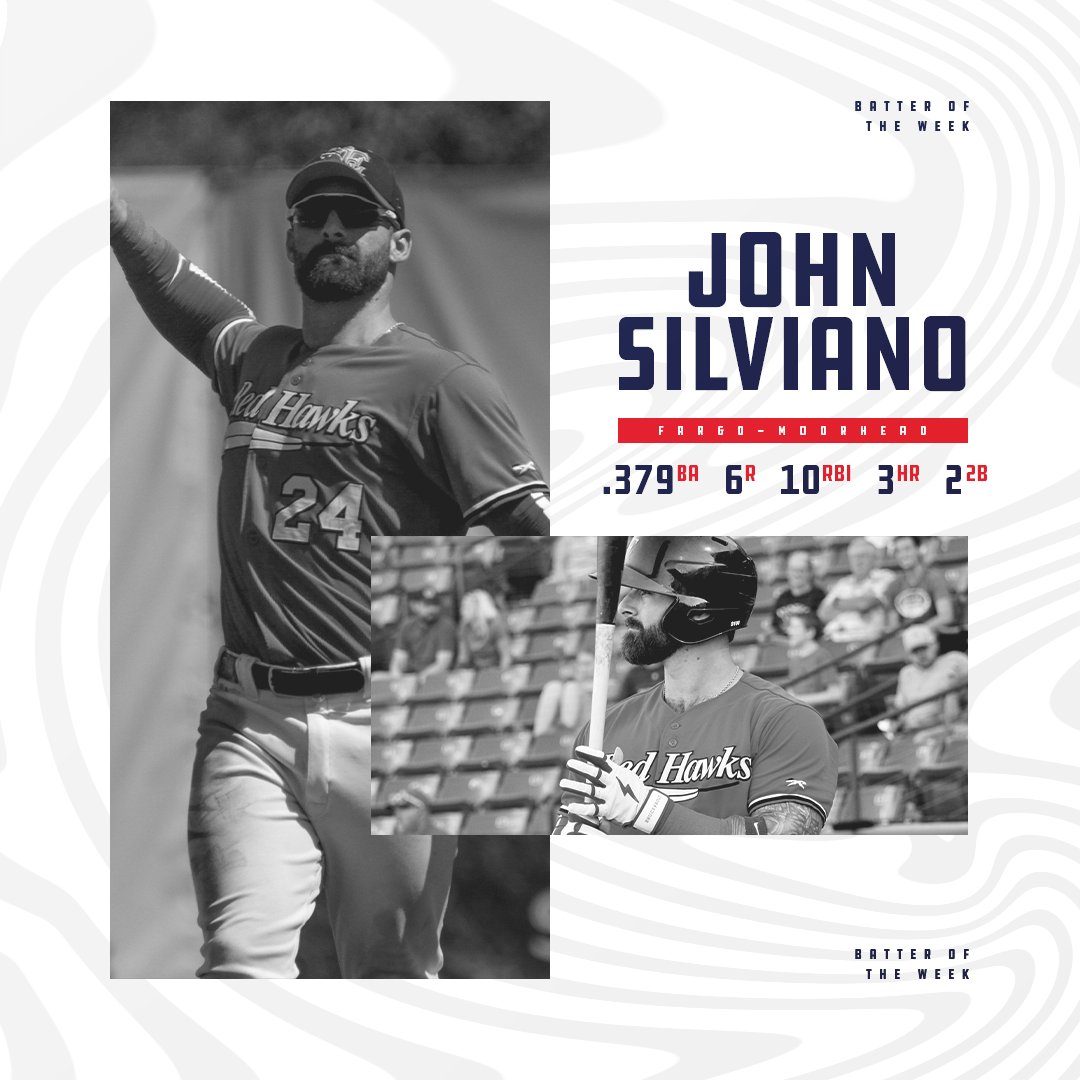 MOORHEAD, Minn. — Fargo-Moorhead RedHawks outfielder John Silviano and Kane County Cougars starter Westin Muir were named the American Association’s Pointstreak Batter and Pitcher of the Week for the week ending August 21, the league announced Monday.
Silviano was a driving force behind a stellar week for the RedHawks, batting .379 with three home runs and an Association-best 10 RBIs. He recorded two hits in five of his seven games, helping the RedHawks to a 6-1 record over that stretch.
A 28-year-old in his 10th pro season, 2022 is Silviano’s 4th year in the American Association and second with the RedHawks. He spent two years with the St. Paul Saints before arriving in Fargo, helping the Saints to an AAPB championship in 2019. Drafted out of high school by the Blue Jays in 2012, Silviano returned to the collegiate level at Lynn University in 2016, setting school records for home runs and RBIs. He was signed by the Marlins organization and made it as high as Double-A Jacksonville in 2018 and 2019. For the 2022 season to date, Silviano sports a .279/.395/.502 slash line with 19 home runs and 68 RBIs over 87 games.
Muir continued a dream start to his professional career over the week. On Tuesday against first-place Chicago, the right-hander tossed seven shutout innings, allowing just four hits and two walks while striking out six. On Sunday vs. Cleburne, Muir threw six frames, allowing just one run on four hits, walking three, and striking out four. He earned the win in both starts, and in each of his last six outings.
Muir is a true rookie who joined the Cougars mid-season after finishing his college career at Wisconsin-Whitewater. Named a fourth-team All-American by D3Baseball.com, the Highlands Ranch, Colorado native is the Warhawks’ all-time leader in strikeouts (282) and ranks fifth all-time in ERA (2.45). He helped the Warhawks to a 2022 NCAA Super Regional appearance. Muir sports a 6-0 record and 3.55 ERA for the full 2022 season.
Pointstreak is the official statistician of the American Association.
0Shares