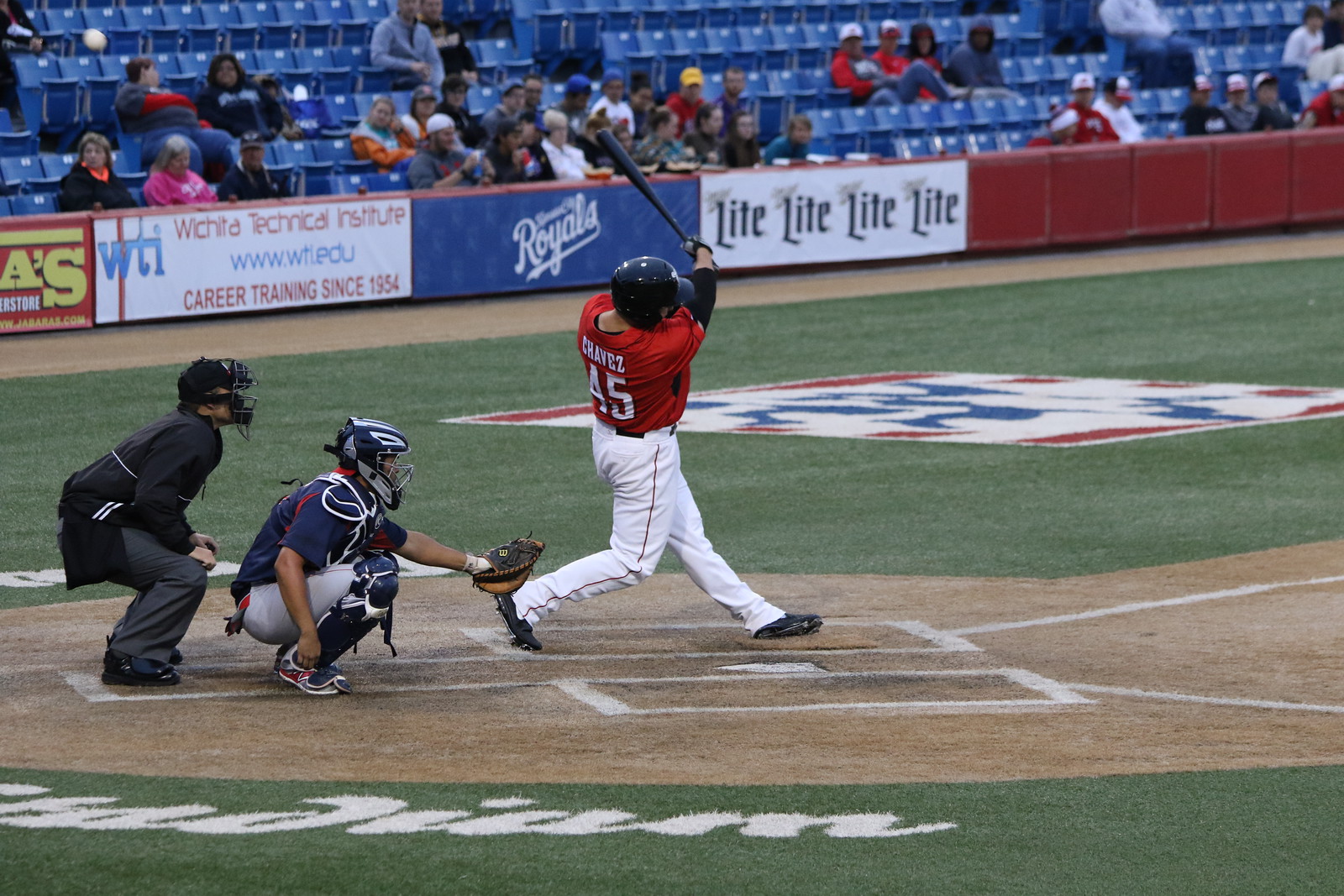 DURHAM, NC- The official statistician of the American Association, Pointstreak, has announced that Wichita Wingnuts INF Matt Chavez (pictured) has been named this week’s Pointstreak Player of the Week for the week ending July 24.

Chavez hit .520 this past week, going 13-for-25 at the plate. He collected four doubles, two home runs and nine RBI. His efforts helped the Wingnuts to a 4-3 record over the course of the week.

The Burlingame, Calif. resident started off his week on Monday, July 18 against the Sioux Falls Canaries with a three-run home run in the first inning. Although it was his only hit of the game, the blast set the tone early in a 9-3 Wingnuts win. A day later, Chavez was 2-for-3 with a double and an RBI single as the Wingnuts opened a series at the Texas AirHogs with a win. He notched another multi-hit game on Wednesday, going 2-for-5 with an RBI in a 4-3 loss. Chavez’s third straight two-hit game came Thursday in the series finale, as he was 2-for-3 with a walk in a 6-1 Wichita win. The Wingnuts returned home on Friday to battle the Joplin Blasters, and Chavez hit a double in a 10-6 loss. His lone hitless game of the week came Saturday as the Wingnuts were edged 13-12, but Chavez bounced back in a big way on Sunday. In a 10-2 win in the series finale, Chavez finished with a 4-for-4 line, falling just a triple shy of the cycle. He collected two doubles and a home run, finishing with four RBI.

Chavez is in his third year as a professional, having played parts of both 2014 and 2015 in affiliated baseball. He played in 10 games with the Augusta GreenJackets, the Class A Affiliate of the San Francisco Giants in 2014, also playing in the Frontier League, Pacific Association and United League that season. Chavez was back in the Pacific Association in 2015 for 66 games, but earned the chance to play in the San Diego Padres’ system at season’s end. In 15 games with the Class A Advanced Lake Elsinore Storm, Chavez hit .293 with four doubles, three home runs and eight RBI. Prior to his professional career, Chavez played for four seasons at the University of San Francisco.

The Wingnuts continue a home series with the Lincoln Saltdogs tonight at 7:05 p.m. Central time.