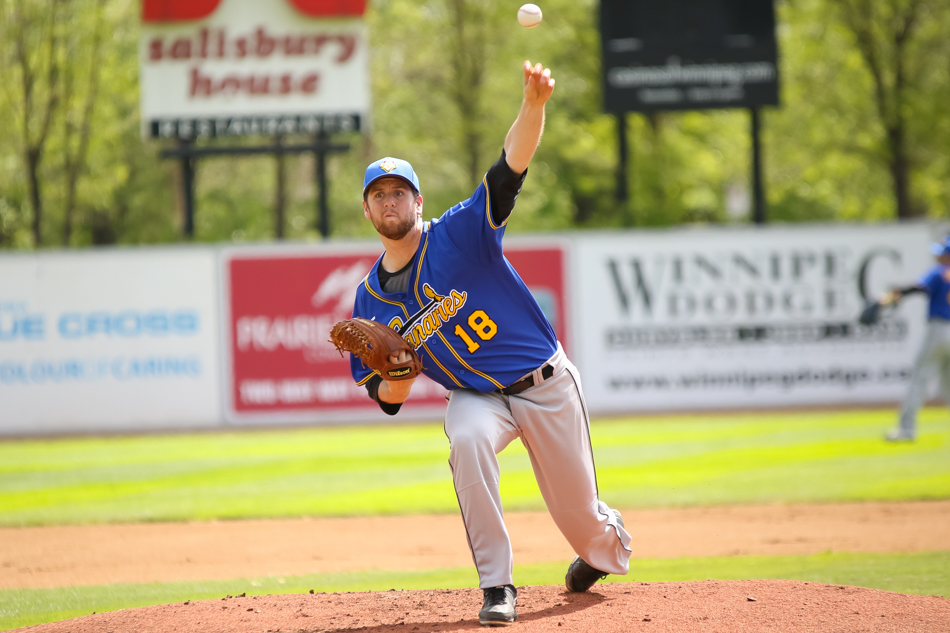 DURHAM, NC- The official statistician of the American Association, Pointstreak, has announced that Sioux Falls Canaries LHP Joe Bircher (pictured) has been named this week’s Pointstreak Pitcher of the Week for the week ending July 24.

Bircher made two starts this week, and despite picking up a pair of no-decisions, pitched very well. He faced the Fargo-Moorhead RedHawks on Tuesday, July 19 in Sioux Falls, working six strong innings. The Omaha, Neb. resident allowed just two runs, scattering three hits and striking out seven. The Canaries went on to win the game with a walk-off walk, taking the victory by a 5-4 final.

Bircher returned to the mound on Sunday to make a road start against the Texas AirHogs. He tossed seven shutout innings, allowing just two hits and a walk while striking out 10 AirHogs hitters. Unfortunately for Bircher, the bullpen could not hold the lead and the Canaries fell 7-6.

Bircher was a 10th round draft pick of the Houston Astros in the 2012 Major League Baseball draft, and played two seasons in the Houston system. He appeared as high as the Class A Quad Cities River Bandits, with whom he pitched in 14 games in 2013. Bircher played his collegiate baseball at Bradley University, and was an All-Missouri Valley Conference selection in 2011 and 2012.

The Canaries continue a home series with the Laredo Lemurs tonight at 7:05 p.m. Central time.