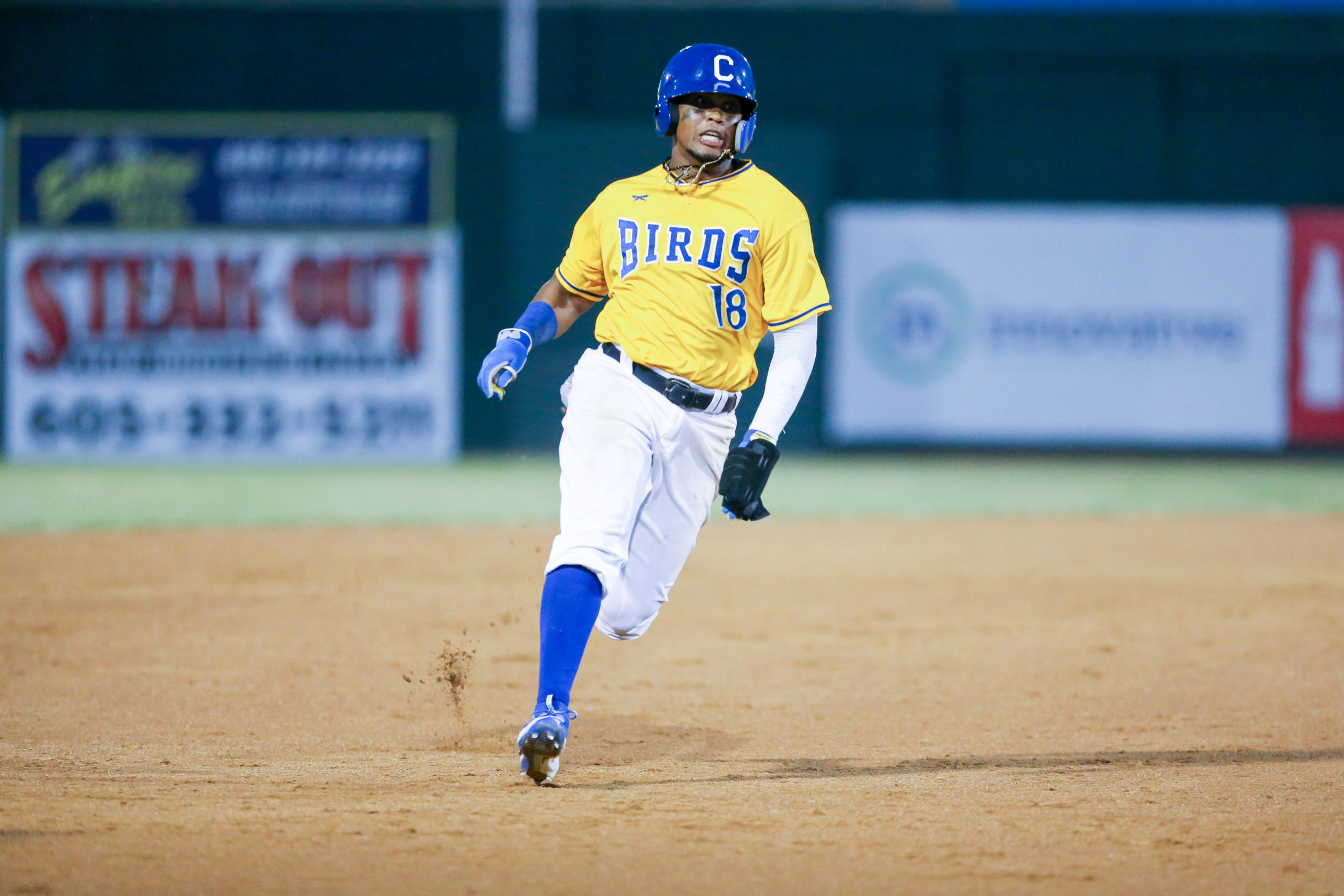 The Sioux Falls Canaries (16-11) edged the Milwaukee Milkmen 3-1 in extras on Tuesday night at Franklin Field.

The Canaries took the lead in the first inning when 1B Alay Lago (3-for-5) singled to score SS Andrew Ely but the Milkmen tied things up in the fifth when SS Mason Davis scored on a sac fly from LF Logan Trowbridge. The score remained level until the top of the 10th when 2B Grant Kay tripled to score both Lago and 3B Damek Tomscha.

Reliever Ryan Fritze came on to pitch in the ninth and gave up one walk but retired the other three batters he faced to seal the win and earn the save. Reliever Kevin Folman was credited with the win after working two innings and allowing two hits while striking out four batters. Starter Jake Zokan took a hard-luck no decision after a solid seven innings in which he allowed just one run on four hits with six Ks.

The St. Paul Saints (13-15) rallied for a pair of runs in the eighth inning to slide past the Fargo-Moorhead RedHawks 3-2 in their first game at CHS Field in 2020.

The Saints struck first in the bottom of the second when SS Nate Samson (2-for-4) singled to score LF Alonzo Harris (2-for-4). The RedHawks took the lead in the top of the sixth with a two-run home run from 1B Drew Ward (2-for-4) but the Saints wouldn’t allow that to spoil their home opener. In the eighth, 3B Chesny Young reached base with a HPB and C Chris Chinea (2-for-3) singled and they both scored on a play where Harris singled and the RedHawks committed an error.

Saints starting pitcher Mike Devine went seven innings and allowed two runs on six hits while striking out five batters without earning a decision. Reliever Brent Glowicki claimed the win for working a perfect eighth with two strikeouts and Jameson McGrane took the save with two more Ks in the ninth.

The Chicago Dogs held the Winnipeg Goldeyes to just four hits on the way to a 2-1 win on Tuesday night in Fargo.

The Dogs took control of the game in the second inning when RF Victor Roache (2-for-4) hit a two-run home run. Roache leads the American Association this season with 11 roundtrippers. The Goldeyes responded in the third when LF Jordan George hit a lead-off homer but that would be their only run of the day. Dogs’ starter Luke Westphal put in seven strong innings of work and allowed just one run on three hits while striking out seven batters to pick up his first win of 2020.

Reliever Jake Cousins earned the save by working the ninth, striking out two batters.

C Ryan Haug was the only other batter in the game to have more than one hit as he went 2-for-4.