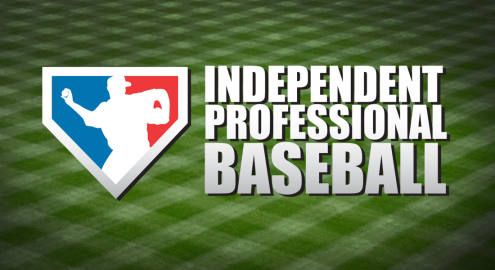 For the first time, Independent Professional Baseball fans do not have to leave their living room to experience the thrill of being at the ballpark.

The American Association and Can-Am League is proud to announce a partnership with InnovaTV for the 2014 season, which will provide live streaming of every game across multiple platforms. Fans can view the games on www.indpendentprofessionalbaseball.com, which is compatible with desktop and laptop computers; a variety of Apple devices such as the iPhone, iPad and iPod touch; and Android mobile devices. InnovaTV is also available on ChromeCast, a Google product which allows direct streaming of a personal computer onto a television.

“We are proud to be the only leagues in all of professional baseball in which all games are televised live and free for fans,” American Association and Can-Am League commissioner Miles Wolff said. “Over the last few months all 16 clubs have worked diligently to get the equipment ready and technical problems solved so that the games can be aired.  The quality of the broadcasts will vary from club to club, but over the next months, working with InnovaTV, we will continue to improve so that our fans can enjoy every American Association and Can-Am contest at home and on the road.”

“We are excited about working with the American Association and the Can-Am League, said Jack Pennington, chief executive officer of Innova TV.  “Baseball fans around the world will now have the opportunity to enjoy the high caliber of play these two leagues offer on a host of digital devices.”

Select clubs will also be available on the Roku streaming platform. Roku allows viewers to stream internet-based content on their home television.

The American Association is one of the great names in the history of professional baseball leagues in the United States. The league existed from 1902 to 1963 as one of the premier minor leagues in the country, playing in major Midwest markets. The league was reborn in 1969 and was one of three Class AAA leagues until Minor League realignment in 1997. The current American Association, which began play in 2006, consists of 12 member clubs in eight states and one Canadian Province. Teams are based in Winnipeg, Manitoba; Fargo, ND; St. Paul, MN; Sioux Falls, SD; Sioux City, IA; Lincoln, NE; Gary, IN; Kansas City and Wichita, KS and Grand Prairie, Amarillo and Laredo, TX.

The Can-Am League is one of the historic names in minor league baseball. The league played as a Class C league from 1936-1942 and again from 1946-1951. The league began play in its current form in 2005. Currently, the league has a presence in the New York City metropolitan market with clubs in Rockland, NY and Montclair, NJ. Additionally, the league has a pair of clubs in the province of Quebec, based in Quebec City and Trois-Rivieres. In 2015, the league will expand into Ontario with the revival of professional baseball in the Canadian capital of Ottawa, one of the original Can-Am League markets of 1936.

The two leagues play will play 78 interleague games over the course of the 2014 season, the third straight year in which the league schedules will interlock. Four Can-Am League players will participate in the 2014 American Association All-Star Game, set for Tuesday, July 29 at 7:00 p.m. Central time at Shaw Park in Winnipeg.

Longtime baseball executive Miles Wolff serves as the commissioner of both leagues, which are headquartered in Durham, NC. Visit www.americanassociationbaseball.com or www.canamleague.com for more information.