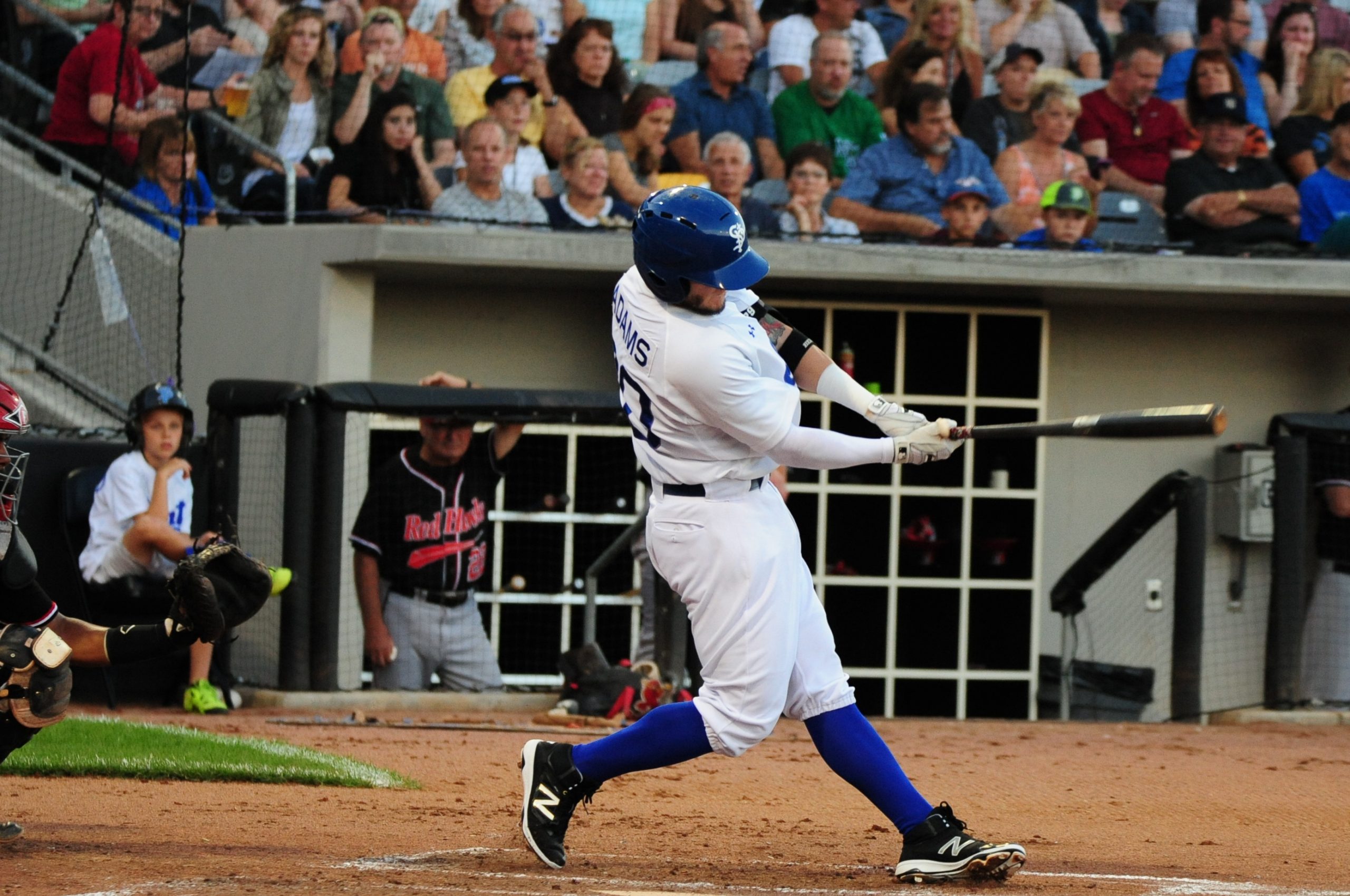 DURHAM, NC- The official statistician of the American Association, Pointstreak, has announced that St. Paul Saints INF Trever Adams (pictured) has been named this week’s Pointstreak Player of the Week for the week ending August 7.

Adams has made an impact just 16 games into his independent baseball career. In three games this week, a short week thanks to Tuesday’s American Association All-Star game, Adams was 5-for-10 with a triple, two home runs and five RBI. In a 7-4 win over the Fargo-Moorhead RedHawks on Thursday, Adams went 2-for-4 with a triple, three RBI and a run scored. He collected an RBI single in the third inning, and drove in two more on his fifth-inning triple. A night later, in a 4-2 loss, Adams accounted for both Saints runs with solo home runs in both the fifth and ninth innings. He was 3-for-4, as he also had a single in the loss. Though Adams was 0-for-2 in Friday’s 5-3 win, he drew a pair of walks and scored twice.

Adams is now batting .283 (17-for-60) in 16 games. He has notched two doubles, two triples, six home runs, and driven in 15. The former Creighton University player comes to St. Paul after a five-plus year stint in the Texas Rangers system. He reached as high as the Class AAA Round Rock (Tex.) Express, playing a combined 35 games in 2015 and 2016 in AAA. He set career highs in home runs (11) and RBI (82) in the 2013 season with the Class A Advanced Myrtle Beach (S.C.) Pelicans, following a 2012 season with the Class A Hickory (N.C.) Crawdads in which he hit a career high .286. Adams was a 16th-round draft pick in the 2011 Major League Baseball draft out of Creighton.

The Saints open up a road series with the Gary SouthShore RailCats tonight at 7:10 p.m. Central time. The series can be viewed live and for free at www.americanassociationbaseball.tv.