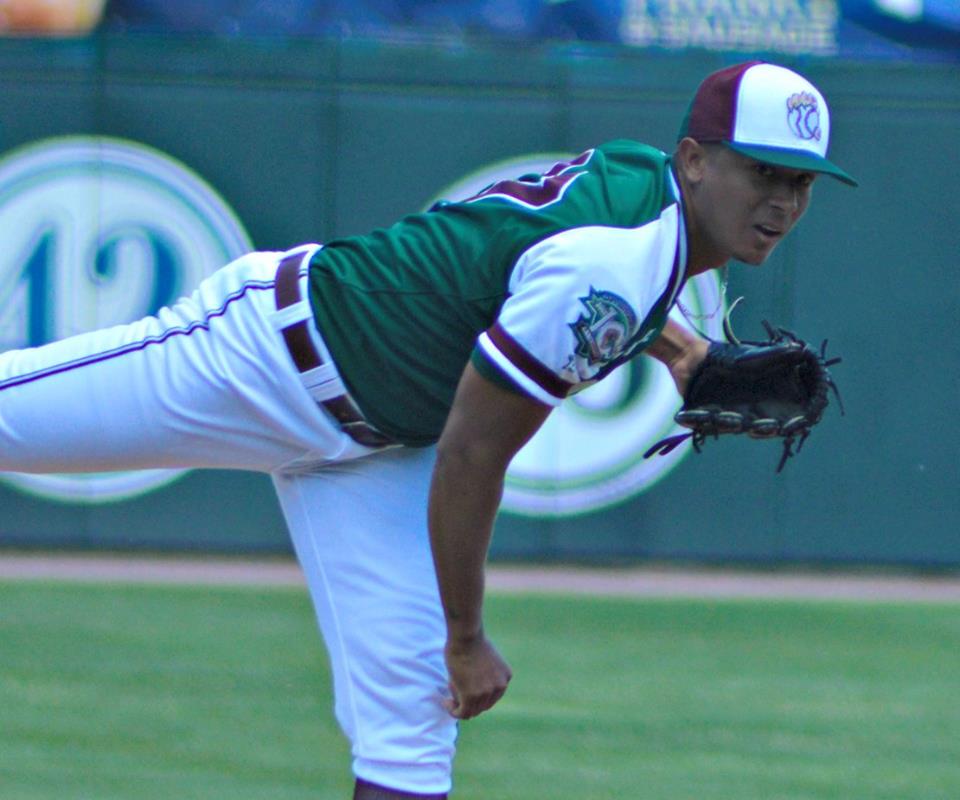 DURHAM, NC- The official statistician of the American Association, Pointstreak, has announced that Gary SouthShore RailCats RHP Karl Triana (pictured) has been named this week’s Pointstreak Pitcher of the Week for the week ending August 7.

In one start this week, the Colombian righty struck out an astonishing 14 Winnipeg Goldeyes in just six innings in a Friday night contest. Triana scattered four hits and three walks, as he did not allow a run in the outing. Unfortunately, the bullpen could not finish the job, and the RailCats fell 7-4, saddling Triana with a no-decision.

Triana wins the award for the second time in 2016, having previously won for the week ending June 5. During that week, he threw the first no-hitter in RailCats history in a 1-0 win over the Kansas City T-Bones on June 2.

Triana is in his first season as a RailCat following two seasons out of professional baseball. He was a member of the Arizona Diamondbacks system from 2011 to 2013, playing as high as the Short Season Class A Hillsboro (Ore.) Hops in 2013. His best season was 2012, when he put up a 6-5 record in 15 combined starts with the Missoula (Mont.) Osprey (Pioneer League) and the Arizona League Diamondbacks. He struck out 69 in 72 innings in the 2012 season.

The RailCats open up a home series with the St. Paul Saints tonight at 7:10 p.m. Central time. The series can be viewed live and for free at www.americanassociationbaseball.tv.