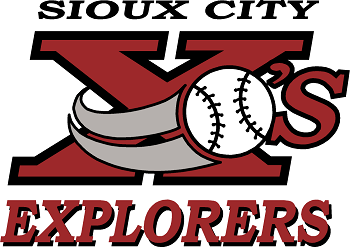 Explorers’ DH Derrick Robinson and RF Michael Lang each had four hits to lead Sioux City past the Winnipeg Goldeyes 9-0. The Explorers outhit Winnipeg 17-2. Starter Graham Johnson improved to 3-0 as he shut out the Goldeyes for five innings, surrendering just two hits with four strikeouts. Winnipeg reliever Zachary Dando was excellent in his outing not allowing an earned run over four innings of work.

Wichita starter Jon Link received the win for shutting out Kansas City for 7 innings and striking out six as the Wingnuts defeated the T-Bones 9-0. C Brent Dean had a great afternoon at the plate going 4-for-4 with a run scored and an RBI to lead the Wingnuts’ offense to eight runs over the first three innings. Wichita’s bullpen was excellent as well as relievers Jesse Pratt and Chad Nading both hurled scoreless innings. For the T-Bones, Jeremy Strawn threw five scoreless innings out of the bullpen.

The RailCats outhit the RedHawks 8-4, as Gary SouthShore was victorious over Fargo-Moorhead by a 3-0 final. RailCats’ starter Charle Rosario tossed a complete game shutout, allowing only four hits, striking out six to move to 3-1 while DH Alex Crosby went 3-for-4. C Jose Gonzalez also recorded two hits and two RBI for Gary SouthShore. For the RedHawks, CF Kes Carter went 2-for-3.