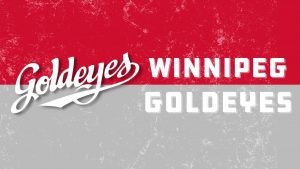 Darren Seferina, Max Murphy, and Kevin LaChance all homered and the Goldeyes (6-12) beat the Cougars (9-10) in game one of a doubleheader 11-6 on Thursday at the Ballpark at Jackson.  Raul Navarro opened the scoring in the first with a two-run double before Logan Hill singled home a run in the third.  Lachance followed with a three-run homer to break the game open.  Seferina added a two-run shot in the fourth and Murphy clubbed a two-run shot in the sixth for Winnipeg.  Jeffrey Baez homered for Kane County as part of a five-run fifth inning.

Kyle Martin and Tyler Hill went deep in support of Eduard Reyes (5 IP, 2 H, 0 R, 2 BB, 2 K) as the Goldeyes (7-12) finished off the doubleheader sweep of the Cougars (9-11) with a 5-0 win Thursday evening at the Ballpark at Jackson.  Martin’s two-run home run came in the bottom of the first to open the scoring, while Hill added a solo homer in the fifth.

Michael Hope and three relievers combined to one-hit the Milkmen (13-8) as the RedHawks (13-9) defeated Milwaukee 9-0 on Thursday afternoon at Newman Outdoor Field.  Christ Conley recorded the only hit against Fargo-Moorhead, a fifth inning single off reliever Ryan Flores.  Meanwhile, Leobaldo Pina hit his third home run of the year and drove in four for the RedHawks in the win, as Fargo-Moorhead broke the game open with a six run sixth inning.

The Railroaders (11-10) pounded out 18 hits en route to an 8-3 win over the Canaries (11-10) on Thursday night at Sioux Falls Stadium.  Colton Pogue opened the scoring for Cleburne in the second with a single that scored Chase Simpson.  Alay Lago scored on a fielder’s choice in the third and Cleburne added two more in the fourth.  Three consecutive singles led to a four-run sixth to put the game away.  Shamoy Christopher hit a two-run single in the sixth for Sioux Falls.

Edgar Corcino and Curt Smith each homered as the Saltdogs (10-10) beat the Apollos (4-17) by a 4-2 count on Thursday night at Haymarket Park.  After scoring a run on a groundout in the second, Smith launched a two-run shot in the fifth and Corcino smoked a solo shot in the sixth.  Lincoln pitching held Houston to just three singles on the evening.

Justin Shafer pitched five strong innings, allowing a run on three hits, and was supported by Gabriel Guerrero home run as the Monarchs (9-10) beat the RailCats (11-11) by a 6-1 score on Thursday night at the U.S. Steel Yard.  Jan Hernandez and Guerrero drove home first inning runs before Ryan Grotjohn made it 3-0 in the second on a single for Kansas City.  Guerrero added his solo homer in the ninth.

Two separate three-run innings lifted the Explorers (13-8) to a 9-2 win over the Dogs (14-9) on Thursday night at Mercy Field.  In a 1-1 game in the fourth, Mitch Ghelfi was hit by a pitch to give Sioux City the lead and was followed by an L.T. Tolbert two-run single.  In the sixth, Ghelfi added to the lead with a triple and later scored one of three runs to put the game beyond doubt.  Harrison Smith homered for Chicago.