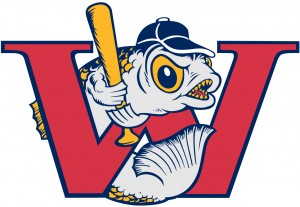 The Winnipeg Goldeyes never trailed on the way to a 5-3 against the Fargo-Moorhead RedHawks on Thursday night at Shaw Park.

The Goldeyes set the tone in the bottom of the first inning as CF Reggie Abercrombie singled in RF Josh Romanski (2-for-4), 2B Tucker Nathans (2-for-3) hit a sac fly to score DH Grant Heyman (2-for-4) and 1B Josh McAdams plated Abercrombie with a single. The RedHawks countered with a pair of runs in the top of the second as C Quinn Irey had an RBI single and 1B Jake VIeth scored when Derrick Fox hit into a fielder’s choice.

Nathans hit a solo home run in the third to push the lead back to two runs and 3B Josh Mazzola added a final run in the fifth a solo shot of his own. RF Tim Colwell scored for the RedHawks in the fifth but that was their final run of the game.

Reliever Victor Capellan tied the team record for saves as he picked up his 22nd of the year.

The Chicago Dogs limited the St. Paul Saints to just three runs, all in one inning, as they picked up 6-3 win at CHS Field.

DH Trey Vavra’s sac fly in the first inning opened the scoring and was the only run until the fifth inning when OF Joe Benson scored on an error. In the sixth, 3B/SS Stephen Perez doubled home 1B Dalton Blaser and Benson to double the Dog’s lead and Vavra blasted a two-run homer in the seventh.

For the Saints, all three of their runs came in the bottom of the seventh as 2B Trevor Sealey singled in RF Nathaniel Maggio and LF Dan Motl and, in the next at-bat, C Aaron Gretz scored when CF Kyle Barrett (2-for-4) reached on an error.

The Gary SouthShore RailCats’ hot start proved to be enough to top the Sioux Falls Canaries 6-3.

A wild pitch and a sac fly in the top of the first plated DH Ronnie Mitchell (3-for-4) and SS Andy DeJesus to start the scoring. The RailCats added three more runs in the fourth as 1B Andy Paz scored on an error, C Jeffrey Sneed scored after a 2B Cole Fabio (2-for-4) single and 3B Garrett Copeland touched home as Mitchell bounced out. RF D.K. Carey pitched in a lead-off home run in the top of the fifth to take a 6-0 lead.

The Canaries found the scoreboard in the bottom of the fifth when DH David Bergin (2-for-5) reached on an error, allowing RF Mike Hart (2-for-4) to score. Sioux Falls added two more in the seventh with an RBIs from Bergin and LF Jabari Henry but pulled no closer than three runs.

The Lincoln Saltdogs used a six-run third inning to drop the Cleburne Railroaders 10-6.

The Railroaders struck first in the top of the first inning and took an early 3-0 lead. SS Angel Rosa scored the first run on a fielder’s choice from 2B Angelo Gumbs and then Gumbs scored on a 1B Levi Scott double. A CF Cameron Monger sac fly capped the rally. The Saltdogs pulled back two runs in the bottom of the frame as LF Brandon Jacobs (3-for-5) singled in a pair of runs.

Lincoln took control of the game in the third with a monster rally. Jacobs and C Dashenko Ricardo hit back-to-back RBI base hits and then both scored when 1B T.J. Bennett (2-for-4) singled. 3B Christian Ibarra closed out the inning a single that plated Bennett and 2B Cesar Valera. Jacobs added a two-run home in the fourth.

The Sioux City Explorers picked up a shutout for the second game in a row with a 4-0 win against the Texas AirHogs.

The Explorers took the lead in the bottom of the first inning when 3B Jose Sermo lifted a sac fly that plated RF Michael Lang. Sioux City tacked on two more in the second as 1B/LF Dexture McCall (2-for-4) singled in 2B Jay Baum and then scored when CF Luis Durango singled in the next at-bat. McCall pushed across another run in the third with an RBI single to center. Neither team scored the rest of the way.

For the AirHogs, LF Greg Golson went 3-for-4 in the game and three other AirHogs each added one hit.

The Kansas City T-Bones eared win number 60 with a 6-0 win against the Wichita Wingnuts on Thursday night.

The T-Bones racked up 15 hits in the game and saw multi-hit games from five different batters. LF Ryan Brett went 3-for-5 with two RBIs and a run scored. 2B Alay Lago also had three hits and a run scored. 3B/SS Mason Davis, 1B/3B Noah Perio Jr. and C Adrian Nieto each added a pair of hits.

For the Wingnuts, six different Wingnuts each had one hit in the game but had just one batter reach third base all game long.