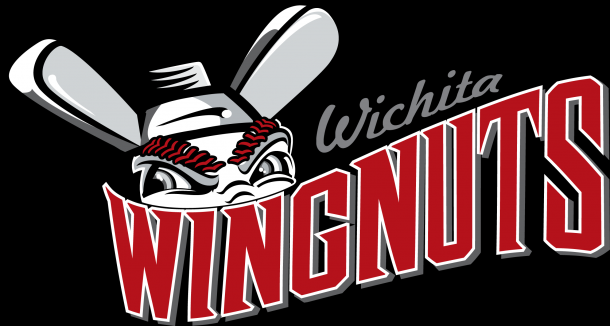 Wichita LF/PR Brennen Salgado’s two-run single in the bottom of the ninth inning carried the Wingnuts to a 4-3 walk-off victory over the Sioux Falls Canaries. Sioux Falls had a 3-1 lead going into the seventh only to see Wichita tally a run to cut the deficit to one and then win it in the ninth on the Salgado single. Wingnuts 1B Matt Chavez and RF Richard Prigatano each went 2-for-4 on the night with Prigatano plating a run. Wichita reliever Seth Harvey tossed a scoreless ninth inning to pick-up his second win of the year. With the victory, the Wingnuts are now 15 games over. 500 (34-19) and sit three games ahead of Laredo in the South Division standings.

Laredo starting pitcher Ryan Beckman and three relievers combined on a five-hit shutout as the Lemurs downed the Lincoln Saltdogs, 1-0. Beckman went the first seven innings allowing a walk and five hits while striking out four batters. The righty earned the win and improved his mark to 5-5 on the season. The three relievers, Kamakani Usui, Jeff Inman and Luis Pollorena shut the door on Lincoln in the final two innings with Pollorena earning the save. The only run of the contest was scored in the bottom of the first inning as Laredo C Zane Chavez singled home LF Ty Morrison. Chavez had three hits in the game with RF Denis Phipps collecting four.

In front of a crowd of 9,524, the St. Paul Saints scored five runs in the third inning to take a 6-1 lead and would roll to a 10-4 win over the Fargo-Moorhead RedHawks. St. Paul had 10 hits in the contest with eight of the nine hitters in the lineup collecting at least one. Saints 1B Angelo Songco went 1-for-4 with a home run, two runs scored and two RBI while SS Tanner Vavra had two hits and two runs scored. St. Paul DH Willie Argo and C Tony Caldwell also chipped in with home runs. Saints starting pitcher Mark Hamburger continued his terrific campaign as he notched the win and moved his record to a perfect 10-0. Hamburger went eight innings giving up four earned runs on eight hits and fanned eight batters.

The Winnipeg Goldeyes scored runs in each of the first five innings and rolled to a 9-5 victory over the Gary SouthShore RailCats. Winnipeg leadoff hitter Adam Heisler had a terrific game offensively going 2-for-4 with a home run, a stolen base, two runs scored and a RBI. Goldeyes 3B Ridge Hoopii-Haslam added a home run and three RBI in a 2-for-4 night while RF David Rohm and 2B Casio Grider each drove in two runs. Winnipeg starter Duke Von Schamann received more than enough run support to pick-up his fifth victory. Von Schamann gave up four earned runs on eight hits in 6 2/3 innings pitched. For Gary SouthShore in defeat, 3B Frank Martinez went 2-for-4 with two runs scored.

The Joplin Blasters scored three runs in the bottom of the eighth inning to take full control of the game and win by the score of 7-2 over the Kansas City T-Bones. Joplin leadoff hitter Sean Smith led the way offensively going 1-for-4 with a home run, two runs scored and a RBI. Blasters LF KC Huth added a pair of hits with a run scored and a RBI while 2B Mitch Glasser had two hits in five at-bats with three RBI. Joplin starter Alex De La Cruz threw seven innings of solid baseball to earn his first win. De La Cruz gave up two earned runs on three hits with six punchouts.

The Sioux City Explorers scored all seven of their runs in the first four innings of play and would go on to defeat the Texas AirHogs, 7-5. Eight of the nine hitters in the Sioux City lineup collected at least a hit including C Ralph Henriquez who went 2-for-4 with two RBI. Explorers 3B Matt Koch and SS Nate Samson each scored two runs with 1B Jake Kuebler hitting a double and driving in a pair of runs. Sioux City starting pitcher Bryan Escanio allowed four earned runs on seven hits in five innings pitched to take home the victory. Escanio is now 3-2 on the season.