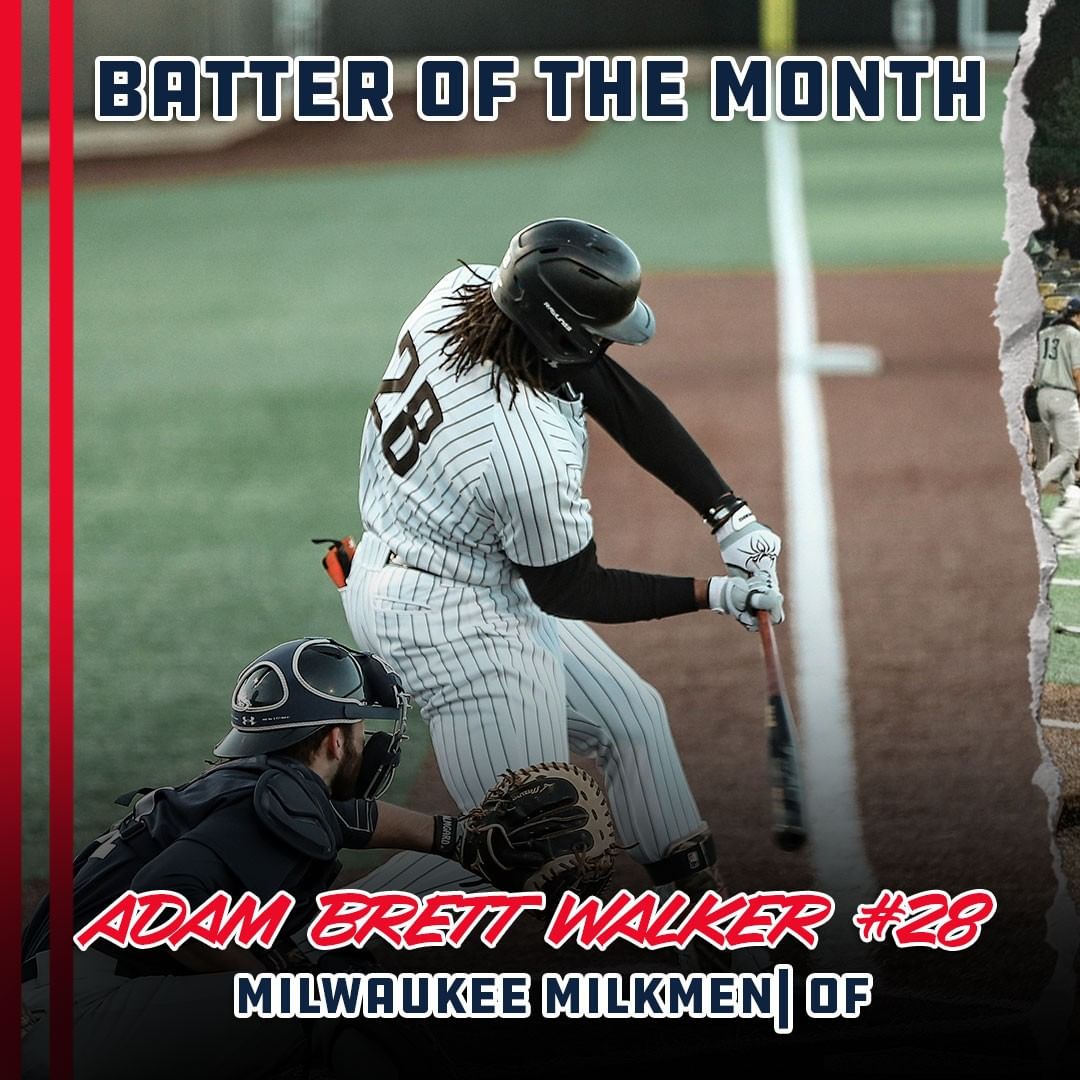 The 2020 American Association Most Valuable Player, Walker is in his fourth season in the AAPB and his third with the Milkmen. The Milwaukee native hit .268/.320/.609 with 22 home runs in 57 games last season, leading his hometown team to the league championship. A third-round draft pick in 2012, the 29-year-old has spent time with the Twins, Orioles, Braves, Reds and Nationals organizations, reaching as high as Triple-A.

Pobereyko has established himself as an elite relief arm in the Association. The tall right-hander recorded eight saves in June, increasing his league-best total to 12. On the season the 29-year-old sports an impressive 0.85 ERA with only two runs and seven hits allowed in 21 innings of work.

Pobereyko is in his third American Association season and second with the Explorers. He had a solid 2019 season in Sioux City, recording 24 saves and a 3.18 ERA in 47 relief appearances. He made 13 appearances for the St. Paul Saints in the pandemic-shortened 2020 campaign, notching a 3.00 ERA. The Kentucky Wesleyan product has pitched in the Diamondbacks and Mets organizations. He also has spent the last three winters with Estrellas in the Dominican winter league, becoming one of the club’s top relief arms.