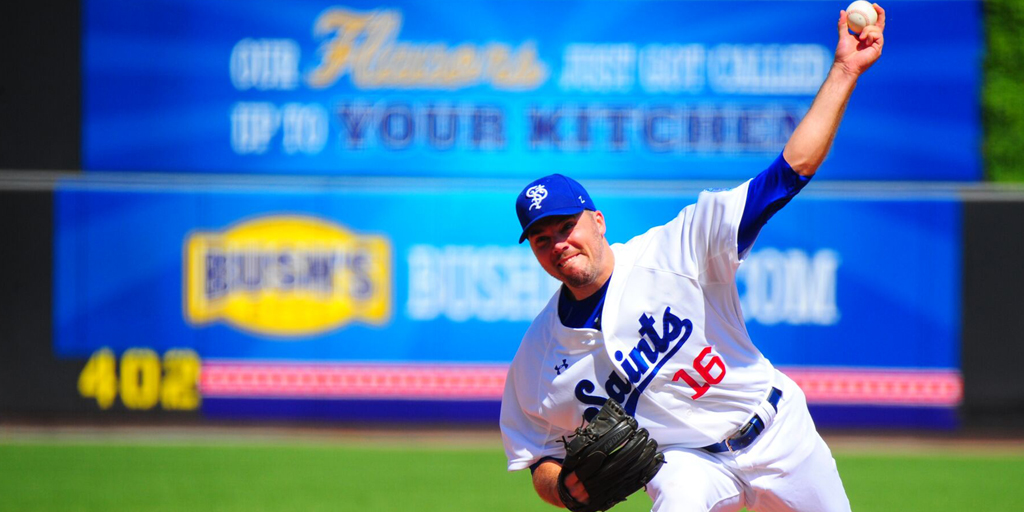 The annual fall cleanup of major league organizational rosters has made any number of former American Association players available as free agents although this ritual that takes place just after the World Series also tends to identify those who may have the best opportunity to eventually reach The Show, where both pride and financial rewards are mighty appetizing.

It is much easier to take stock of the real prospects merely by looking at who has survived the cuts.

Former major league southpaw Caleb Thielbar (St. Paul, 2011, 2016-17) has been rewarded with a new Double-A contract by Detroit after a strong 2018 season in which he won seven of eight decisions and posted a 2.05 earned run average for 39 appearances split between Erie and Triple-A Toledo.  At 31, he only allowed five walks while striking out 51 hitters in 57 innings.  Thielbar is battling to get back to the majors where he appeared in 109 games (5-3, 2.74) during the three-year stretch that ended in 2015.

Another left-hander, undersized Josh Tols, and righty Kevin McCanna have been elevated to Triple-A rosters.

Tols, listed at only 5-foot-7, is with Philadelphia’s top farm club in Lehigh Valley, PA after only one season with a major league organization.  The 29-year-old, who in 2015 and 2016 worked primarily out of the bullpen for the Kansas City T-Bones, spent most of last season with Double-A Reading where he struck out 42 Eastern League hitters in only 33 innings spread over 23 appearances.  He had a 3.27 ERA while splitting two decisions and earning one save.

McCanna, released by Houston at the end of spring training two years ago, was exceptional at Sioux City the first few months of that ’17 season to have his contract purchased by Arizona.  The fact he is being protected on the Triple-A Reno roster even though he lost part of last season to injury and has not worked above a High-A league indicates the Diamondbacks like the future for the 24-year-old out of Rice University.

McCanna struck out 51 American Association hitters in 39.2 innings with the Explorers for whom he won all five decisions and had a 2.95 ERA.  He whiffed 72 batters in 70 innings during his time with two Arizona Class A clubs last season.  He was a combined 4-5, 3.84 primarily as a starter.

Mann Back on Triple-A Roster

Brandon Mann’s 16-year professional journey which saw the left-hander finally get an opportunity in the major leagues this season has taken another turn with the Texas Rangers taking the 34-year-old off their 40-man protected roster.

This said, one would expect Mann to get additional opportunities with the Rangers in spring training with the premium on southpaws unless he ends up being drafted by another organization.  The onetime Fargo-Moorhead hurler (7-10, 4.07 as a starter in 2015) had a strong season with Texas’s top farm club in Round Rock where he won four of five decisions with a stingy 2.41 earned run average.  He also got into seven games with the parent team, posting a 0-0, 5.40 major league record.

Previously the chief spokesman for Baseball Commissioners Bowie Kuhn and Peter Ueberroth, Bob Wirz has been writing extensively about Independent Baseball since 2003.  He is a frequent contributor to this site, has a blog, www.IndyBaseballChatter.com, and a book about his life, “The Passion of Baseball”, is available at Amazon.com (including Kindle copies), or at www.WirzandAssociates.com.