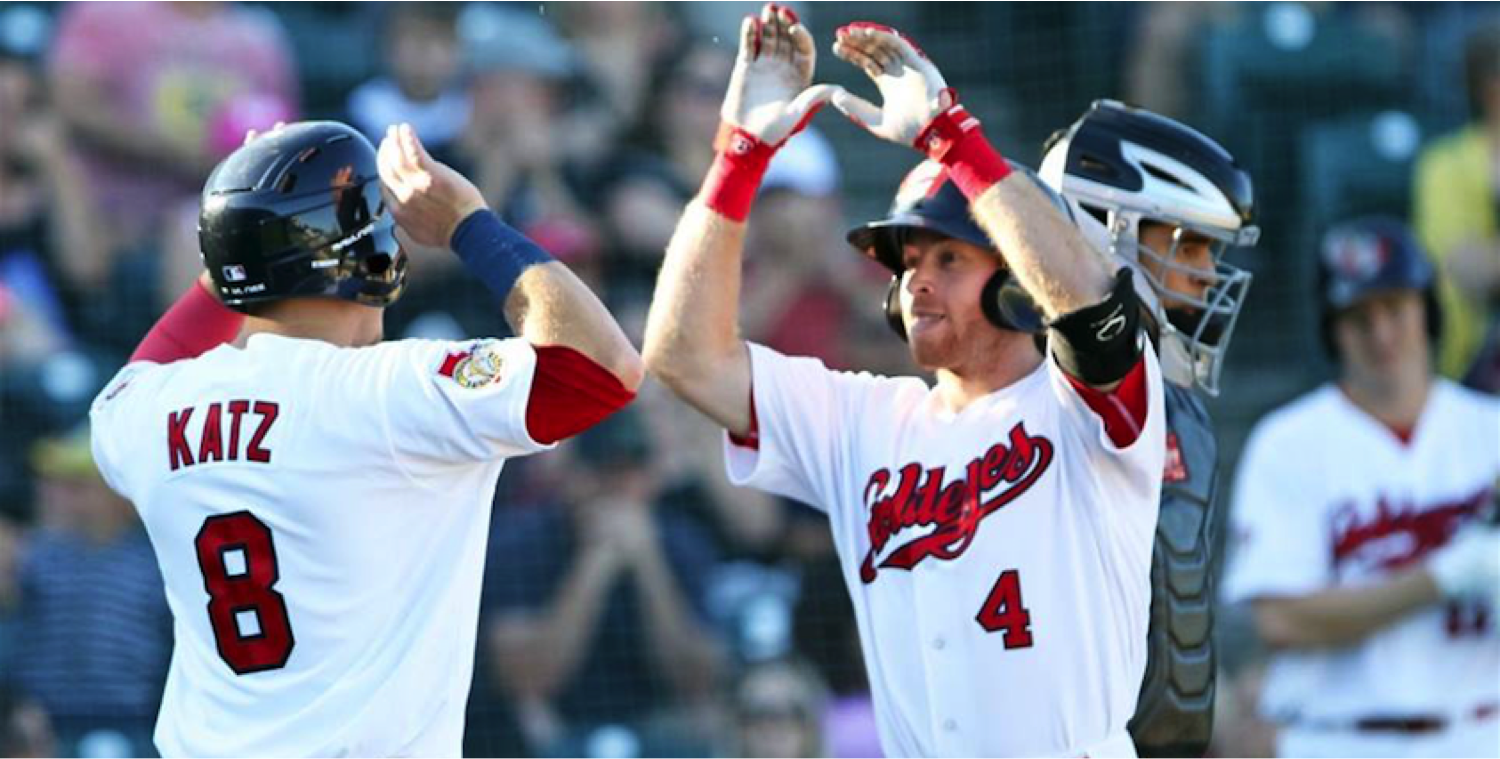 DURHAM, NC- The official statistician of the American Association, Pointstreak, has announced that Winnipeg Goldeyes INF Andrew Sohn (pictured) has been named this week’s Pointstreak Player of the Week for the week ending July 16.

Sohn had two multi-hit games this week, including an incredible 6-for-8 game in Winnipeg’s 14-inning win over Kansas City on Saturday. Sohn hit .423 (11-for-26) this week, hitting two home runs and driving in 10.

He began his week on Tuesday, going 1-for-3 with a walk and two runs scored in a 16-2 rain-shortened win over the Sioux City Explorers. The Goldeyes won Wednesday’s game as well, a 9-2 triumph that featured two Sohn walks and a run scored. Winnipeg swept the series with a dominating 12-0 win on Thursday, and Sohn had a big game. He was 3-for-5 with a home run, an RBI, and two runs scored in the victory. Friday brought the Kansas City T-Bones into Shaw Park for a weekend series, and Sohn was 1-for-4 with a homer, two RBI, two walks, and three runs scored in a 16-1 win in the series opener. That performance was merely an appetizer for Saturday. Sohn’s Goldeyes outlasted Kansas City 12-11 in 14 innings, and Sohn put together an impressive 6-for-8 line with a home run, two runs scored and a whopping seven RBI. Despite a loss Sunday to close the week, Sohn still scored a run and walked.

On the season, Sohn is hitting .316 with seven doubles, two triples, seven home runs and 27 RBI. The former Western Michigan University Bronco is in his first season with Winnipeg after three years in the St. Louis Cardinals system. St. Louis selected Sohn in the sixth round of the 2014 Major League Baseball draft, and he played as high as the Class AA Springfield (Mo.) Cardinals, where he appeared in 14 games between the 2015 and 2016 seasons.

The Goldeyes open a home series with the St. Paul Saints tonight at 7:00 p.m. Central time at Shaw Park. The series can be seen live and for free at www.americanassociationbaseball.tv.