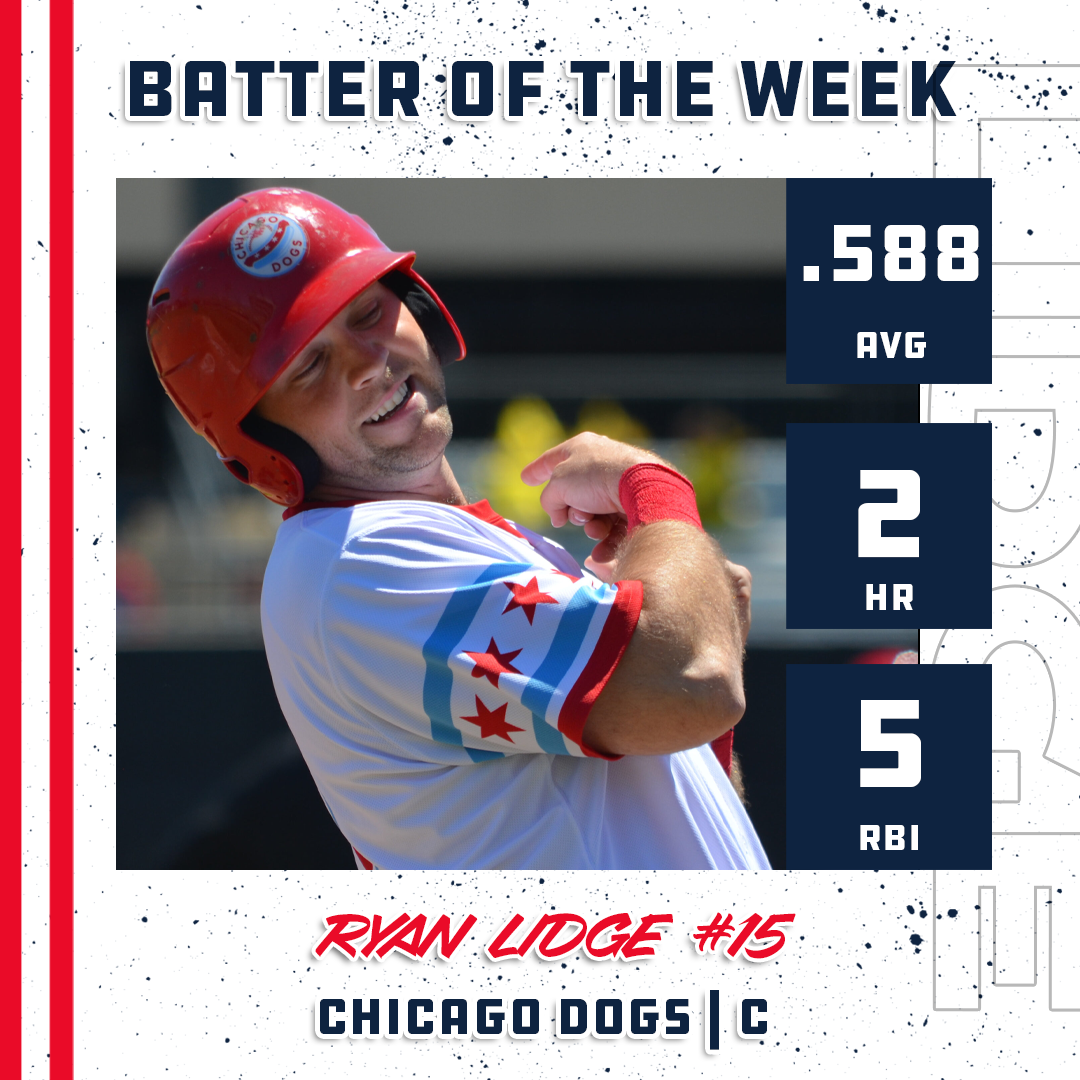 Smith was flat-out dominant in his Friday start at home agains the Gary SouthShore RailCats. The right-hander tossed a complete-game shutout, allowing only two hits and two walks while striking out a season-high 10. He threw 118 pitches in Milwaukee’s 1-0 win. It was the sixth time this season Smith has thrown at least five innings without allowing an earned run.

Born in Detroit, Michigan, Smith is in his third year with the Milkmen and fifth in the Association. He moved into the starting rotation in 2021 after coming out of the bullpen for much of his career. He earned a 1.88 ERA with Milwaukee over 23 appearances in 2020, helping the Milkmen to an American Association championship. A fourth-round draft pick by the Boston Rex Sox in 2013, Smith reached Triple-A in the Diamondbacks system in 2016.

Lidge has been dependable behind the plate and at the dish for Chicago all season long, leading the Association with a .393 batting average. This past week he took it to another level, hitting .588 with two home runs and five RBIs over five games. He’s also excelled defensively for the Dogs: On the season, he’s thrown out 11 of 27 runners attempting to steal (41%).

Originally from the Chicago suburb of Barrington, Illinois, Lidge is in the midst of a breakout year. He played 10 games between Winnipeg and Chicago in 2020, his first year in the Association. A New York Yankees draft pick out of Notre Dame in 2017, Lidge reached Triple-A in 2019.