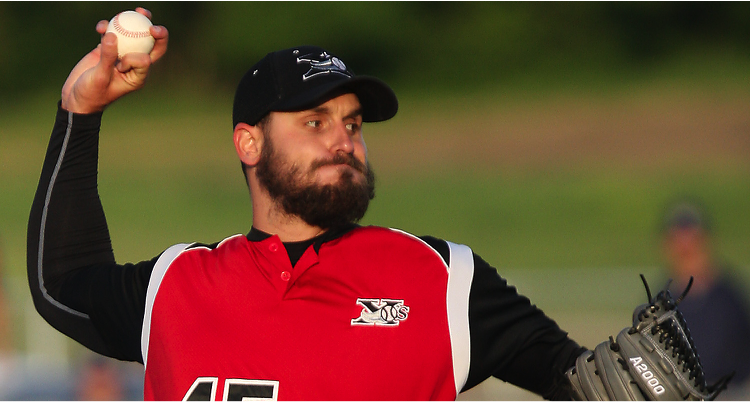 After just three games in Independent Baseball, Sioux City Explorers RHP James Needy is headed back to the affiliated ranks. Needy is headed from Sioux City to the Miami Marlins organization, where he will report to the Class A Advanced Jupiter (Fla.) Hammerheads of the Florida State League. The Hammerheads conclude a road series with the Dunedin Blue Jays at 5:30 p.m. CT tonight in Dunedin, Fla.

Needy concludes his brief Explorers career with a 1-0 record and 2.93 ERA over three appearances, all of them starts. Over 15.1 innings, Needy struck out 20 and walked five. The Santee, Calif., native made his Sioux City debut on opening night, May 18, facing the rival Sioux Falls Canaries and picking up the win. Over 5.1 innings, he allowed one run on just five hits and two walks, while striking out an impressive nine hitters. Sioux City won the game 2-1. He returned to the hill on May 24 to face the Lincoln Saltdogs. Over five innings, Needy allowed just two runs while striking out seven and not walking a batter in a 3-2 Explorers win. His final start came on May 29 at Fargo-Moorhead, when he struck out four over five innings as Sioux City won 5-3.

Prior to pitching for Sioux City, Needy spent six seasons pitching for his hometown San Diego Padres system, reaching as high as Class AAA. After being selected in the sixth round of the 2009 Major League Baseball Draft by the Padres from Santana High School, Needy debuted that summer in the Arizona League. He did not pitch in the 2010 season, but returned in 2011 to split the year between the AZL Padres and the Short Season Class A Eugene (Ore.) Emeralds, making 13 starts in 14 appearances. 2012 saw Needy enjoy a dominant season as a reliever. Making 37 appearances between the Class A Fort Wayne (Ind.) TinCaps, Class AA San Antonio Missions and Class AAA Tucson Padres, Needy compiled a 6-3 record and 1.79 ERA. He struck out 74 hitters in 95.2 innings.

2013 brought a return to a starting role for Needy, as all 27 of his appearances for the Class A Advanced Lake Elsinore (Calif.) Storm came as a starter. He finished the season 10-5 with a 3.76 ERA, and struck out 98 in 134 innings. Needy advanced a level for 2014, pitching for San Antonio and making 24 starts. He would earn an identical 10-5 record but lower his ERA to 2.91. Additionally, Needy established a career high in strikeouts with 113 in 145.1 innings. Needy’s final season in the Padres system was in 2015, when he made 24 starts across San Antonio and the Class AAA El Paso Chihuahuas and compiled an 11-6 record.

Needy becomes the second American Association player to join the Marlins in 2017, following LHP Mike Kickham, who was acquired from the Kansas City T-Bones in February.

The Explorers will open a home series with the Gary SouthShore RailCats tonight at 7:05 p.m. CT. As with every American Association game, it can be viewed live and for free at www.americanassociationbaseball.tv.